Activist was shot dead on the night of September 5, 2017, from close range near her house in Rajarajeshwari Nagar in Bangalore 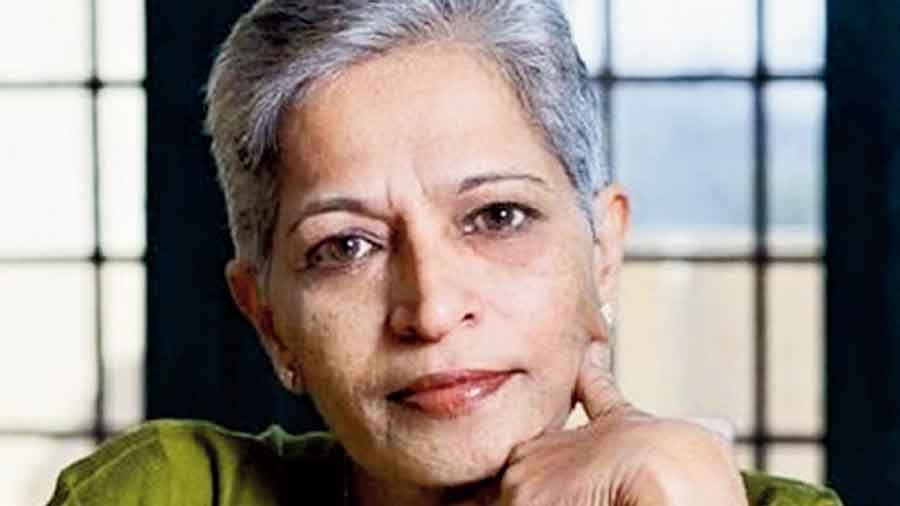 Gauri, a documentary based on late journalist-activist Gauri Lankesh, directed by her sister and award-winning director Kavitha Lankesh, has won the 'Best Human Rights' film at the Toronto Women's Film Festival 2022.

The film has been selected also for the South Asian Film festival of Montreal and is in consideration at Doc New York, International Documentary Film Festival of Amsterdam, Sundance Film Festival, and other festivals across the world.

Kavitha Lankesh, in a statement, said the documentary exposes the physical and verbal threats journalists face every day in India.

"There were over 200 reported attacks on journalists in India in the last five years, out of which over 30 of them were murder in the last decade, she said. The attacks range in severity but the intention behind them matter," she said.

India's number in the global press freedom index is 150 out of 180, she further said and added that attacks on dissenters and journalists are unfortunately not new nor limited to India, but it is the intensity in which the attacks have taken place in the last decade is something to be concerned about.

Gauri Lankesh was shot dead on the night of September 5, 2017, from close range near her house in Rajarajeshwari Nagar in Bangalore.

According to the statement, the documentary film Gauri has been commissioned by Free Press Unlimited, Amsterdam.

Free Press Unlimited mission stems from Article 19 of the Universal Declaration of Human Rights that says everyone has the right to freedom of opinion and expression; this right includes freedom to hold opinions without interference and to seek, receive and impart information and ideas through any media and regardless of frontiers, it said.