A critic of the RSS, the BJP and their Sangh parivar allies, the journalist-turned-activist was shot and killed on September 5, 2017, by bike-borne assailants outside her house 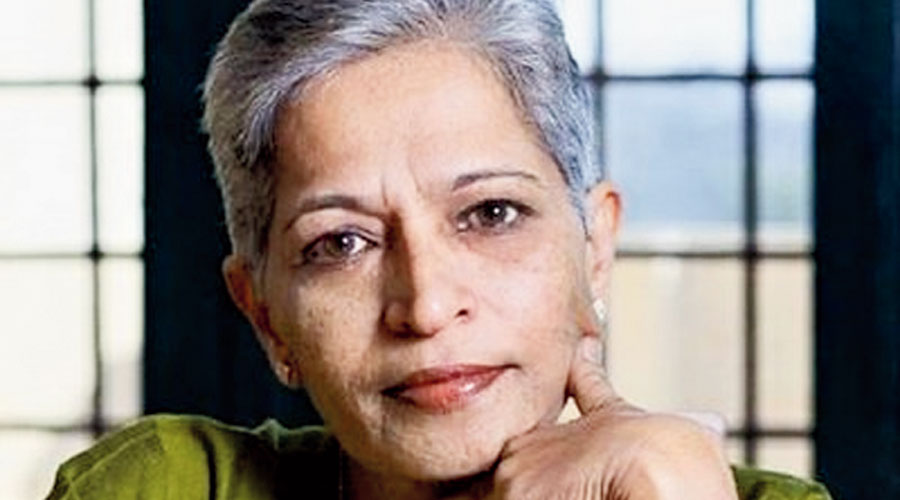 The special court that tries cases booked under the Karnataka Control of Organised Crimes Act (KCOCA) will begin the trial in the Gauri Lankesh murder case on May 27, four years after the senior journalist was shot dead outside her home in the city.

Her sister Kavita Lankesh told The Telegraph on Wednesday that she had received the summons to depose before the court on May 27 when the trial would begin. “Finally, the trial is set to begin,” said Kavita.

A critic of the RSS, the BJP and their Sangh parivar allies, Gauri was shot and killed on September 5, 2017, by bike-borne assailants outside her house in Rajarajeshwarai Nagar around 8pm when she was unlocking her main door.

Gauri was the editor of Kannada magazine Gauri Lankesh Patrike and was actively involved with Komu Sauharda Vedike (communal amity forum) that worked to bring harmony among communities. She was also part of a committee appointed by the then Congress government headed by chief minister P.C. Siddaramiah that aimed at bringing Naxalites into the mainstream.

Seventeen of the 18 accused, including alleged mastermind Amol Kale, shooter Parashuram Waghmare, and the getaway motorcycle rider Ganesh Miskin will face trial. The eighteenth accused is absconding. Most of the suspects are allegedly linked to Hindu Right-wing organisation Sanatan Sanstha, which has denied any involvement.

A special investigation team that probed the murder has found links with similar killings of other rationalists, including M.M. Kalburgi, Narendra Dabholkar and Govind Pansare.

The SIT in the Gauri Lankesh case has managed to nail the suspects in the Kalburgi killing.

His wife and daughter had in March identified the suspects and told a court in Dharwad that Ganesh Miskin was the man who had shot and killed Kalburgi from point-blank range in his living room.