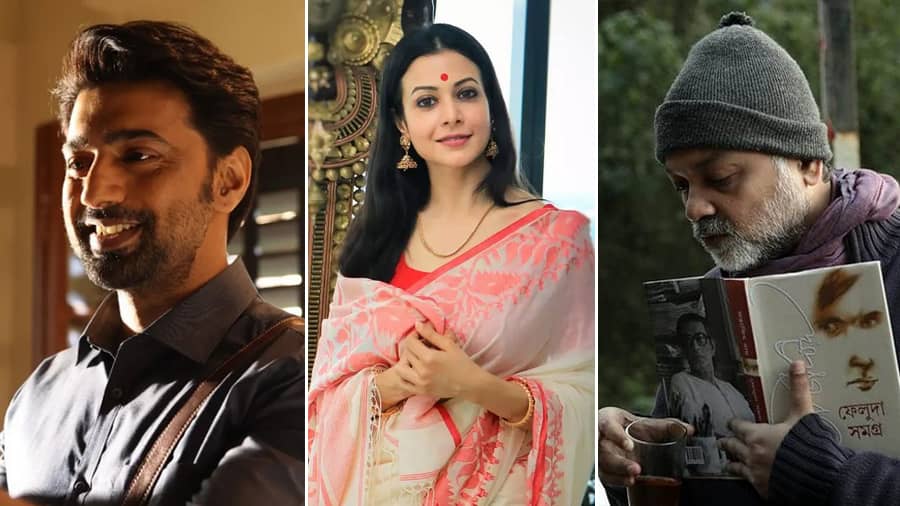 Tollywood star Prosenjit has shared a still from a movie with the late Tapas Paul on the latter’s birth anniversary on September 29.

Dev has shared glimpses from the music launch of Kacher Manush. The film has hit the theatres today.

Koel Mallick looks her festive best in a blue sari during the inauguration of Nayer Pally Sealdah Durga Puja.

Ridhima Ghosh has shared her pink pretty carfies in a kurta with golden prints. The actress has kept her hair open and added statement earrings to complete her look.

Actor Anindya Chatterjee has shared a video clip on Instagram where he is sharing a moment with his dog. In the background you can hear a Manna Dey-Asha Bhosle Bollywood classic from Shree 420.

Actor Aryann Bhowmik has wished Prosenjit on his 60th birthday with a candid photo of the duo.

Srijit Mukherji has recently shared a picture of what was on his plate in Guwahati, Assam. The director had Akhaj with pork thali, fried duck and fried pigeon!

We love Nusrat Jahan’s mantra of “Turning Chaos into Peace” in this throwback photo of the actress.

Yash Dasgupta has shared a picture in an all-black outfit.

Mir celebrated World Heart Day on September 29 with a fanboy moment and a caption that will leave you in giggles and make you go all aww.