Advertisement
Home / Entertainment / All or Nothing: Arsenal: Five standout moments from the latest trailer

All or Nothing: Arsenal: Five standout moments from the latest trailer

From training ground fight to Aubameyang losing captaincy, the Amazon Prime Video trailer has it all; watch it here 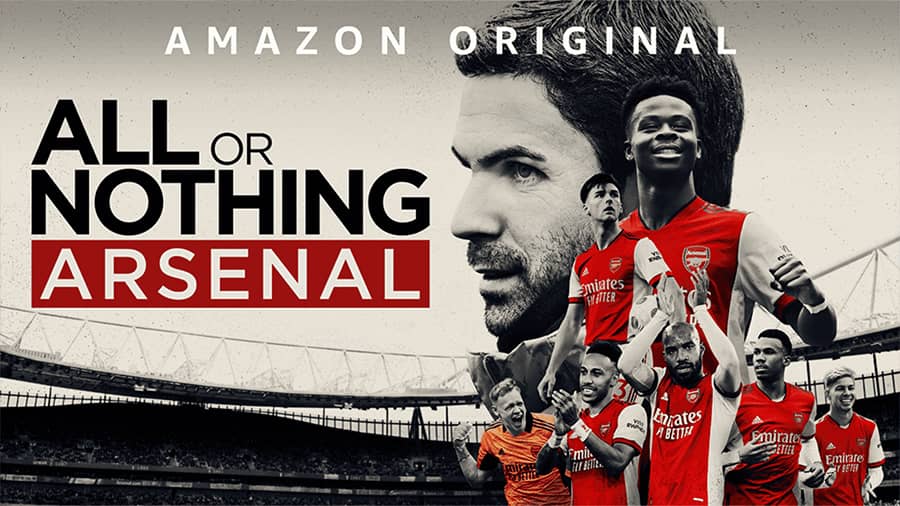 Amazon Prime Video Sport has launched a new explosive trailer of its All or Nothing: Arsenal documentary, giving Arsenal fans an insight into the English football club’s campaign in the last season.

The streaming platform tweeted: “All or Nothing: Arsenal - official trailer 🎬 Coming to Prime Video 4 August #AONArsenal”

All or Nothing: Arsenal - official trailer 🎬

The first three episodes of All or Nothing: Arsenal will drop on August 4. On August 5, Arsenal will kick off their Premier League campaign with a trip to Crystal Palace in London.

Cameras followed the Gunners around throughout the 2021/22 season as they only just missed out on a return to the Champions League.

Supporters have been given their first glimpse of what they can expect to see with the full trailer. TT Online takes a closer look at five standout moments from the trailer:

There were a number of occasions last season when the Gunners found themselves in extremely patchy situations. During a particular away game, coach Mikel Arteta was seen uttering “I’m upset!”

The footage can be from the start of the 2021/22 season when the Gunners endured an absolutely dismal start to the campaign as they found themselves at the bottom of the Premier League table after the first few games. However, the young team lost their momentum in the later stages of the season.

Aubameyang stripped off the captaincy

Whilst the Gunners endured inconsistent form on the pitch, there were also a number of off-field actions that sparked unwanted media attraction. One of those was the relationship between Arteta and then club captain Pierre-Emerick Aubameyang.

The Gabonese striker had the armband stripped from him due to a ‘disciplinary issue’ and then completed a resultant move to Spanish giants Barcelona mid-season. To this day, the specific reasons behind Arteta’s decision are unknown.

In the trailer, Arteta is shown discussing Aubameyang’s stripping off the captaincy in the dressing room, and Arsenal fans are eagerly waiting for this conversation.

In a pressured environment of elite-level team sport, there are always likely to be disagreements among teammates. The trailer shows a number of players, namely Alexandre Lacazette, Cedric Soares, Gabriel Martinelli, Bernd Leno and Takehiro Tomiyasum, involved in a brief skirmish during a training session. Head coach Arteta and the coaching staff are attempting to separate the players.

It remains unclear what caused the training ground scuffle but we are likely to get an answer in the documentary.

Behind the scenes of signings

Over the years, Gunners’ transfer policies have been criticised heavily by the fans, but the business of last year was mostly well received, at least before the slip-up of the January transfer window.

As glimpses of the arrival of new players feature in the trailer, fans are given a valuable insight into how a transfer is conducted from first interest to eventual signing of the contracts.

Arsenal has one of the most passionate and opinionated fanbases in the Premier League and has a digital presence like no other club. For any football club, fans are the heartbeat of the game.

In the trailer, we see a lot of fans expressing their emotions throughout the campaign. From denouncing the team’s performance to lauding their success. The documentary promises to bring all kinds of fan reactions on our screen.