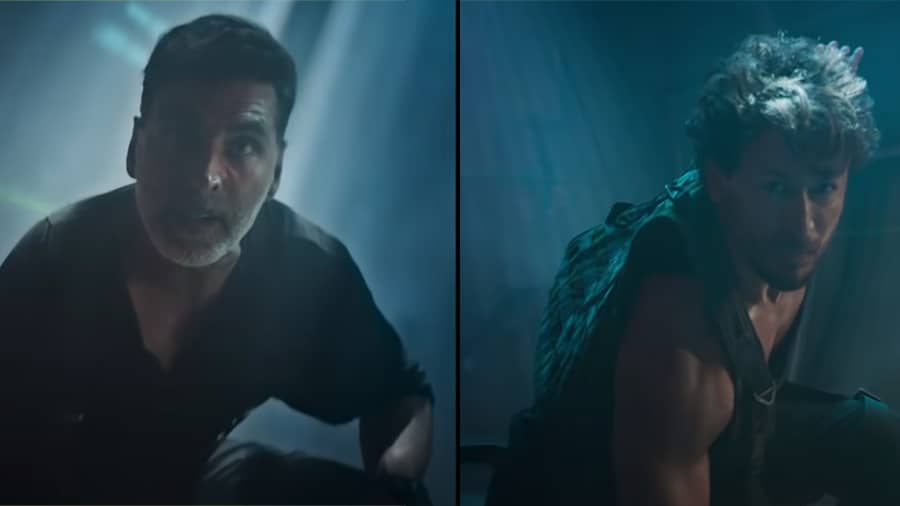 Director Ali Abbas Zafar has started the pre-production work on his upcoming film BadeMiyan ChoteMiyan starring Akshay Kumar and Tiger Shroff. The film is set for a release by the end of 2023, the filmmaker said on Sunday.

The director has been behind several hits like Gunday, Tiger Zinda Hai and Sultan. He recently made his OTT directorial debut with the 2021 Prime Video web series Tandav.

Besides directing the movie, the filmmaker has also written the script for Bade Miyan Chote Miyan and is one of its producers. He took to Instagram to share an update on the movie. Along with a picture of him behind his laptop and captioned it “Preproduction Diaries #BMCM”.

Ali Abbas recently completed the production of Shahid Kapoor starrer Bloody Daddy which is expected to release later this year.

In February, the action-packed trailer of the movie was released and shared by the lead stars on their social media pages. In the trailer of the upcoming spin-off, Tiger and Akshay are seen taking on armed men before having a short banter teasing an action-packed movie.

The movie is set to kickstart an action franchise similar to that of Baaghi. The film is a follow-up to the 1998 hit movie Bade Miya Chote Miya starring Amitabh Bachchan and Govinda. Directed by David Dhawan, the 1990s movie had double roles for both the actors. The action-comedy follows the escapades of the crooks-turned-heroes as they end up getting the drug and diamond smuggler Zowahar (Paresh Rawal) and his cronies arrested. It has not been revealed if Akshay and Tiger will be featured in double roles in the 2023 film.

BadeMiyan ChoteMiyan's release date had already been announced as December 25, 2023. The movie is set to have a wide reach as it will be released in five languages – Hindi, Telugu, Tamil, Kannada and Malayalam.