Has this medical device lost its relevance in medical education? 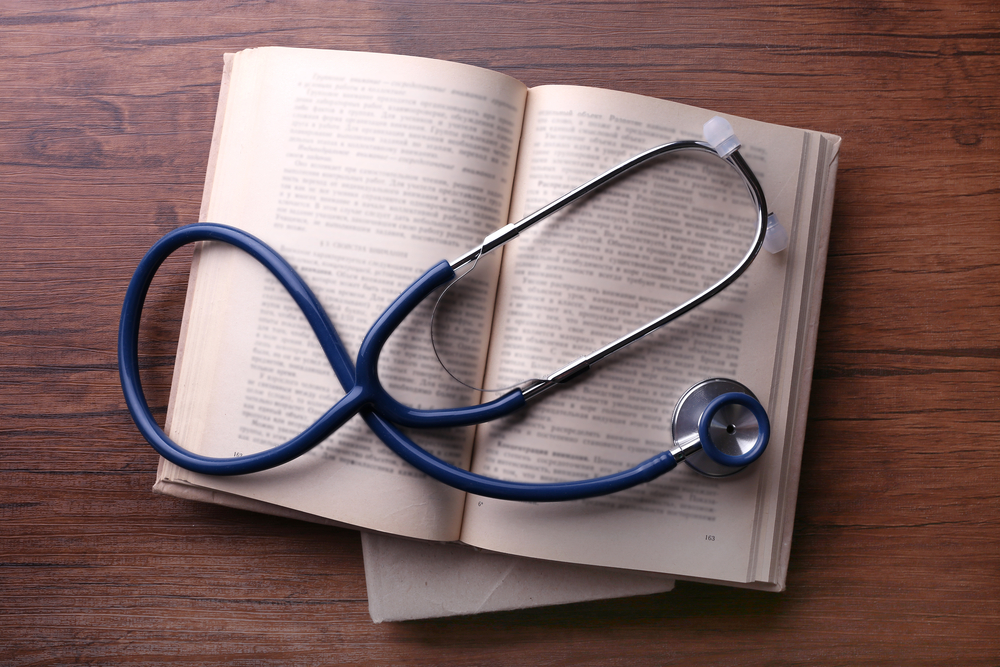 A first-year medical student expresses considerable excitement about a WhatsApp forward about something called the Butterfly iQ. Turns out it is a portable ultrasound device. The text reads thus: It has only one probe connected to the doctor’s smartphone… Preliminary diagnosis can be made more easily. Said to have the potential to easily replace stetho in coming days.”

For the longest time the stethoscope, invented in the early 19th century by French physician Rene Laënnec, has been a medical device common to most doctors. But the last decade has witnessed its diminishing importance, which brings us to the question — is it at all necessary for a medical student to know how to wield the stethoscope?

“Certainly the stethoscope is relevant to medical practice today, particularly in our country,” says Dr Subir Kumar Dutta, a senior pathologist, former professor and dean of the medical faculty of Calcutta University and director of Calcutta’s Scientific Clinical Research Laboratory. Continues the octogenarian, “You will be told there is the electronic stethoscope, doppler stethoscope and so on. But we have not seen those. Specially in a poor country like ours, the stethoscope not only continues to be relevant, it is also essential.”

Dr Suvro Banerjee, a senior consultant interventional cardiologist, is in agreement. He says, “It is true that now we have a lot of sophisticated technologies available so we don’t really need to listen to heart sounds using a stethoscope. We have miniature ultrasound probes which are also easy to carry around and they can be used to check how the heart is pumping on the mobile phone, but these are expensive tools. So, definitely, the stethoscope — simple, handy and useful — is still very relevant and one cannot do without it, not in the Indian context at least.”

As a 35-year-old, Laënnec, it seems, was forced to invent the stethoscope after he felt squeamish to put his ear against the chest of a plump woman patient. He described his invention thus: “I tightly rolled a sheet of paper, one end of which I placed over the precordium (chest) [of the patient] and my ear to the other. I was surprised and elated to be able to hear the beating of her heart with far greater clearness than I ever had with direct application of my ear. I immediately saw that this might become an indispensable method for studying not only the beating of the heart but all movements able of producing sound in the chest cavity.”

Says Dr Dutta, “When we were in third year of MBBS, we were permitted to use a stetho and a white coat and it was very encouraging.”

Medical students are taught to auscultate — listen to internal sounds of the body, usually using a stethoscope. An 1826 edition of The Lancet journal has a piece titled “Directions for the use of the stethoscope”. In painstaking detail, it describes how the device can be used to interpret pulmonary respiration. Sample this: “…if it [respiration] can be distinctly heard, equally distributed in all parts of the chest, we may be quite certain that there is no effusion into the pleura, or into the cellular tissue of the lungs ; but if, on the contrary, we find that the respiration (pulmonary) cannot be heard in a certain part, we may be quite assured that the corresponding part of the lung is become impermeable to the air.” It has portions on decoding “cavernous respiration” and “bronchial respiration” using the stethoscope and also includes tips such as “apply the stethoscope on the larynx or the cervical portion of the trachea”.

It was using the stethoscope that Laënnec recorded certain adventitious or abnormal sounds. Two hundred years later, one supposes those abnormalities do not cease to be, which means Laënnec’s descriptors, quaint phraseology notwithstanding, still hold. For instance, this is how he described egophony or an increased resonance of voice sounds heard when auscultating the lungs — “a trembling or bleating sound like the voice of a goat”. He described the sound of the pleural friction rub (abnormal sound caused by inflammation of the pleural layer of the lungs rubbing) as resembling the creaking of new leather. And the sound heard over a pneumothorax resembles that emitted by a cup of metal, glass or porcelain when gently struck by a pin.

Dr Banerjee lists how the supposedly antiquated device is used, apart from measuring blood pressure, to hear the murmur of valves, vascular bruit (sound heard over an artery or vascular channel, reflecting turbulence of flow) and abdominal peristaltic or bowel sounds. Dr Dutta explains how it alerts the physician to obstructions in the abdomen, exaggerated intestine movement, uterine contractions. It is also used to detect asthma, bronchitis and pneumonia.

In 1826, Laënnec took ill. It has been recorded that he got his nephew, Mériadec, to auscultate his chest. When the sounds were described to him, he made his own diagnosis — cavitating tuberculosis. In the paper, The Man Behind the Stethoscope, Ariel Roguin writes that not only did Laënnec will his papers and other possessions to Meriadec, he left to him “above all, my stethoscope, which is the best part of my legacy”.