Learning the right way to struggle

Several common educational strategies lean into the idea that, in the classroom, challenge is something to embrace 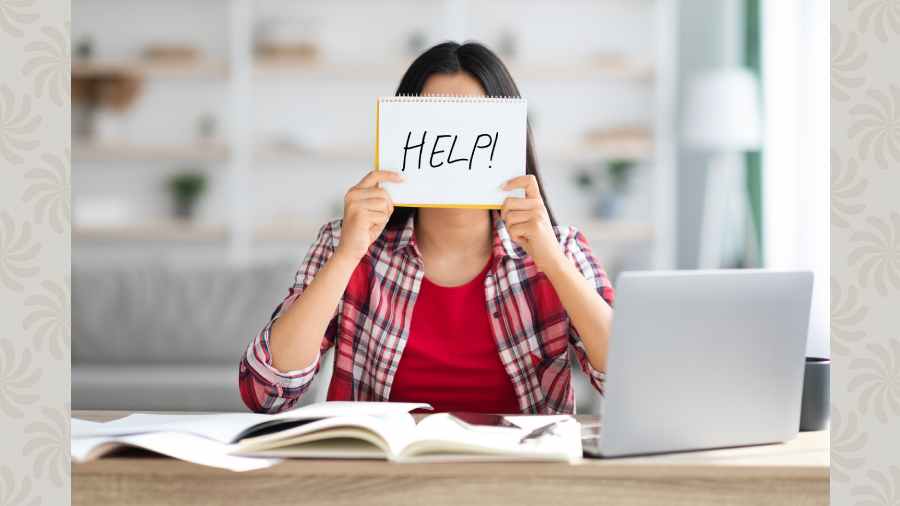 When Hunter, 6, started first grade last autumn, he struggled to match letter sounds with the shape of letters on paper. He found writing letters hard and writing words even harder. “It felt bad,” he said recently.

But Hunter also knows how to articulate what is happening when things get frustrating. “Your brain grows at the bottom,” he said. It’s a phrase that refers to the bottom of the learning pit, an imaginary place where students in Hunter’s class in Illinois, US, have been taught to go when something they are learning gets difficult. Hunter also knows what he needs to get out of the pit — hard work, friends, teacher — and what it feels like when he climbs up and out on the other side (“excited”).

The learning pit as a metaphor is one of several common educational strategies that lean into the idea that struggle is something to be embraced. It was conceived in the early 2000s by James Nottingham when he was a teacher in a former mining town in northern England. He saw that his students, many of whom were from low-income families and lived in communities with high unemployment, avoided leaving their comfort zones. He wanted to encourage his students to get comfortable with being a little uncomfortable.

At a moment when students are reeling from two years of pandemic learning and isolation from their peers, the idea of intentionally making young people uncomfortable may seem misguided. But many educators and learning scientists say that now, as students look to rebuild academic confidence, is a crucial

moment for teachers and parents to step back when learning gets hard and to be explicit that the challenge offers rewards.

“The answer isn’t taking away challenge, it’s giving more tools to deal with challenge,” said Carol Dweck, a professor of psychology at Stanford University, US, and an expert on constructive learning mindsets. Instead of saying “kids are too fragile” and refraining from offering difficult tasks, Dweck said, using frameworks like the learning pit can help children visualise ways to push through by asking for help and stepping up the effort.

“It becomes a way of articulating what might in the past have been humiliating and uncomfortable and discouraging,” Dweck said.

The idea that struggle is vital to learning is well established, she added. John Hattie, the director of the Melbourne Educational Research Institute at the University of Melbourne, in Australia, spent 15 years studying the educational factors that most influence learning. In 2017, he published 10 Mindframes for Visible Learning, which identified the factors that work best to accelerate learning. One is striving for challenge and not “just doing your best”.

Teachers in the United States and Britain have found that the learning-pit metaphor comes with conceptual handles that are easy to grasp. A student struggling with a maths problem can say to the teacher, “I am in the pit with this” — an easier thing for a child to admit than “I don’t understand.” And a teacher can prepare students to “go into the pit,” as if on a spelunking adventure.

Lacey Robinson, president and chief executive of UnboundED, an organisation that designs learning to be rigorous and meaningful, said educators sometimes did not have the content knowledge and training to help fill in gaps, and too often had low expectations from black and brown students. This can cause those students to lose interest in learning; they get relegated to lower-level material and fall further behind.

Some researchers have gone beyond encouraging struggle to actually design for failure. Manu Kapur, an educational psychologist at ETH Zurich, Switzerland, has spent 17 years showing that students learn new concepts more fully, and retain the knowledge longer, when they engage in what he calls “productive failure” — grappling with a problem before getting instruction on exactly how to do it.

Kapur recently co-wrote a meta-analysis analysing 53 studies from the past 15 years that examined which teaching strategy was more effective: providing direct instruction on how to complete a problem before practising it, or providing well-designed questions to provoke thinking on a concept before introducing knowledge about how to tackle it.

The first strategy is widely accepted; teachers have little time to spare, and it is easier to tell students what to do and then have them practise. The latter method seems wildly inefficient: why let students waste time and develop wrong ideas when a teacher is there to show the “right” way? But Kapur found that students — in middle school, high school and college, from North America, Europe and Asia — performed better when they had to struggle first. Problem-solving practice before learning a concept was significantly more effective than the converse — learning the concept first and then practising. “We are taking the science of human cognition and learning,” Kapur said, “and designing failure-based experiences to help kids learn better.”