Given the right opportunity, data mining can change lives

If you love numbers and can handle huge amounts of information, you are cut out for data mining 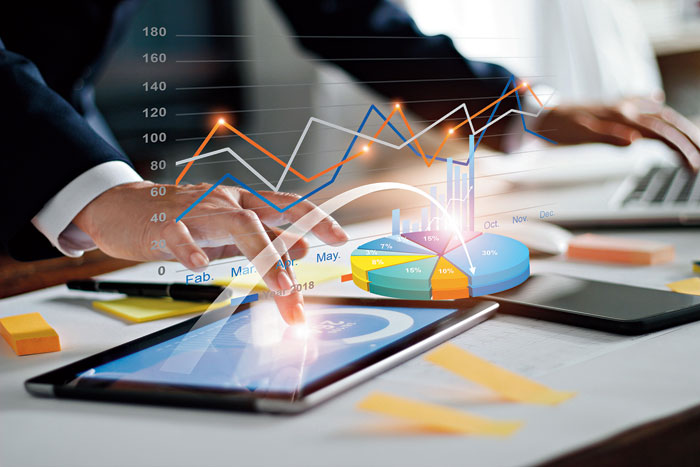 Industries such as banking, insurance, healthcare and even movie production are competing on the predictive models of consumer behaviour built through mined data.
iStock
Saidur Rahaman   |     |   Published 19.11.19, 08:46 AM

I am a miner who has to delve deep for precious stuff. But I don’t need massive drilling machines or gigantic trucks for mining — just some smart software, lots patience and some intellect. I try to find patterns while mining for data in an ocean of database, which helps companies take important business decisions.

I have to search and extract raw data from a client’s database or the Internet to gain an insight into buyers’ purchase behaviour — such as how often they shop or what they buy. The information helps companies to determine their business strategy — how to sharpen marketing tools and reach out to potential customers, sell the product in volumes, beat competitors in the field and,0 eventually, maximise profits. 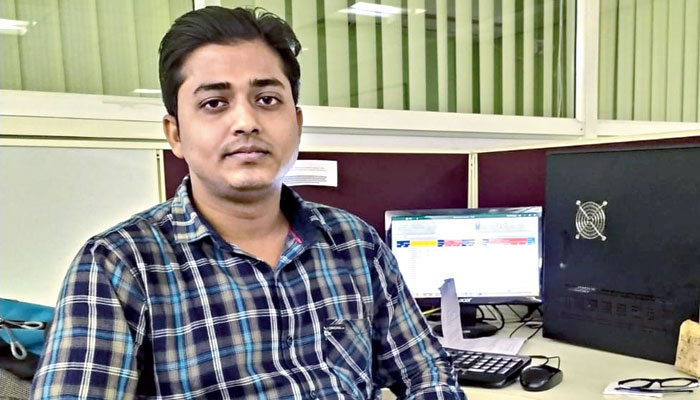 Rahaman at his workstation
Sourced by The Telegraph

Let me explain with an example. Suppose a company wants to foray into the business of selling water bottles for schoolchildren. Our job would be to gather all the information on the current business of bottle manufacturers and marketeers, analyse the data from a digital database and find out what gives a particular company an edge in the market.

Now suppose, the data throws up the information that using copper instead of plastic as an interface has been attracting more and more environment-conscious customers. This finding, based on analysed data, will help the company design and market an innovative product and launch an interactive marketing campaign.

It can be in the form of an email blast — a single email that is sent to a large group of recipients — to possible customers. We’ll support the marketing team segment their lists — it can target groups of students in specific schools — where the campaign will be launched. Later, after the bottle is sold, we create reports and documents that analyse the success or failure of the direct and interactive marketing campaign based on the sales report. Eventually, through trial and error the company is able to build a bestseller product.

I work as a digital data analyst at a data consultancy company based in Calcutta. The retail business is just one of the sectors that use data mining. Industries such as banking, insurance, healthcare and even movie production are competing on the predictive models of consumer behaviour built through mined data. My seniors say Big Data is big business — a virtual goldmine that even industry bigwigs are talking about. Some also say data mining is the new name for age-old analytics or statistical analysis. A background in soft computing or a penchant for working with huge data sets is an advantage in the field.

But, believe it or not, I knew nothing about all this till as recently as four years ago. I didn’t even know how to operate a computer until I was in college.

I grew up in a small village called Ratanpur 20 kilometres south of Calcutta. My father is a farmer who works as a daily wage labourer in the paddy fields. The wages are low despite the back-breaking work he has to put in. And he would often go neck-deep into debt to sustain a family of eight, which included us, five siblings.

I always dreamt of breaking the vicious cycle of poverty while studying in a government high school. My father, however, wanted me and my brother to help him out in the fields. I took admission in Baruipur College, from where I did my bachelor’s in arts. I managed my own expenses by giving tuitions to children in the locality. Thrice a week, I helped my father in the fields.

While studying in college, our village panchayat organised a livelihood seminar. There were a few non-profit organisations that were eager to train youngsters from our village. Anudip Foundation was one of them. Its skill and career development centre was close to our village. It did not promise a job but provided us with a roadmap for a possible career in the information technology sector.

I learnt the fundamentals of computers, hardware of a computer and its peripherals, networking, operating system and so on. I also learnt the basics of communicating in English — I had gone to a Bengali-medium school. Since I was able to pick up these fairly quickly, my teachers at Anudip suggested I take up a course in IT troubleshooting and digital learning, which included advanced technology such as machine learning and artifical intelligence (AI). It sounded quite arcane but I was told that it was all about humans feeding machines with necessary information and data.

I also learned that this was the stuff of AI. For instance, for a self-driving car, the algorithm [a set of mathematical instructions or rules] needs to be taught the meaning of road signs, or to tell the difference between a child and a stray dog, by human workers. People study hours of video footage or photographs and tag or label objects frame by frame.

I got my first job offer, as a data analyst, from my current company after three other interviews. I was very nervous but eventually I qualified. It was not very easy to adjust to a corporate culture. Very soon I picked up the skills of interpreting data, analysing results using statistical techniques and other methods of acquiring data.

I worked hard and got a promotion after three years. I am getting paid handsomely and I am able to help my brother study hotel management so that he doesn’t have to go back to toil in the paddy fields, like my father.