Music and activism: Bono of U2 releases memoir

The U2 singer takes his readers on a journey through time 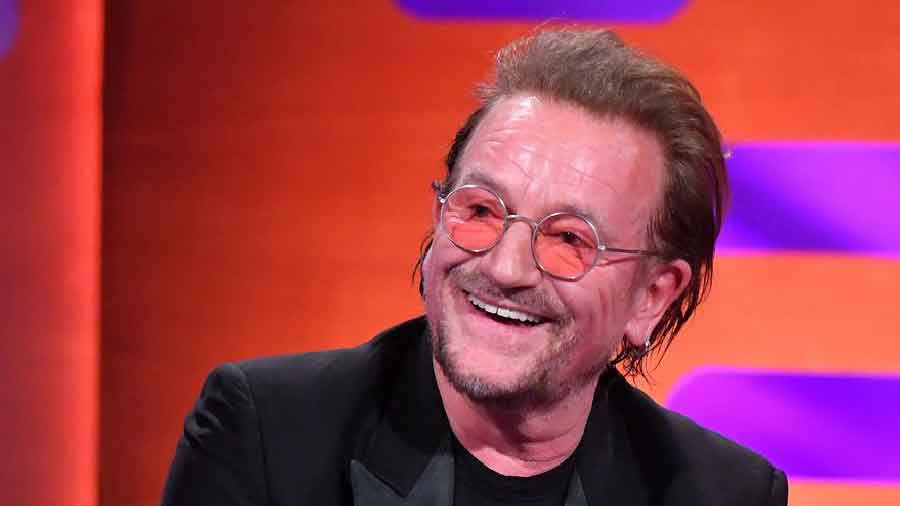 Books that evoke specific sounds are rare and hold a particular fascination for music fans. Even rarer are music autobiographies that detail the life of a musician who has spent perhaps as much of his time on activism as he has on music, as is the case with Bono of U2.

In Bono's just-released autobiography, Surrender: 40 Songs, One Story, the U2 singer waxes poetic on his life and memories. He doesn't write in standard chapters but rather in 40 chapters titled with the names of songs, which are not listed chronologically. Among them are the greatest U2 hits such as Sunday Bloody Sunday and I Still Haven't Found What I'm Looking For, as well as Pride and One. The idea of putting a life into songs is refreshing and allows Bono to rummage through his treasure trove of memories, sharing them with readers.

And if they are so inclined, readers can even compile the songs of each chapter into a playlist and listen before or during each chapter.

The loss of his mother

In the first chapters of the book, Bono recalls his youth. Born Paul David Hewson in 1960, he was raised in Dublin. His cheerfully pragmatic mother was a member of the Anglican Church of Ireland while his opera-singing father was Roman Catholic. He also had a brother seven years his senior. When Bono was 14, his mother, Iris, died of an aneurysm. It wasn't until four decades later that he wrote a song about her, titled "Iris."

Bono describes how he, his brother and his father could hardly cope after her death. Such grief and loss nearly broke up the all-male household. In the book, he describes how eager he was to be seen and recognized by his father, how music fascinated him and how friendships developed with neighborhood boys, at school and with girls. His best friend gave him the name "Bono" — originally Bono Vox, which derives from a Latin phrase for "good voice."

Then, in 1976, four 15 and 16-year-old boys met after school in Larry Mullen Jr.'s kitchen. He had put up a notice at school: "Drummer seeks musicians for a band."

Bono, Adam Clayton and David Evans crammed into the small room with their amps and speakers, playing their hearts out, with Larry Mullen Jr. beating the drums louder than the rest of them put together. Bono recalls thinking that the noise would make the house collapse.

Of bassist Adam Clayton, Bono says that he more often than not played wrong notes or in the wrong key, but this ultimately didn't matter, because in 1976, as punk was turbo-charging rock, Clayton embodied rock 'n' roll.

Bono has admiring and poetic words for guitarist David Evans, who was later given the nickname "The Edge," describing him as silence in sound, and light in color.

When Bono writes about the development of U2, there is a lot to laugh about. For example, when he describes how they tried — unsuccessfully — to do cover versions of Beatles, Beach Boys or Bob Dylan songs before finally facing the sad truth and realizing that they weren't up to the task, which prompted them to start writing their own songs.

Those "baby steps" of a "baby band" were quite a mess, but Bono writes that for him, it was like being reborn.

Bono tells his story and that of U2, but the book is far from a "making of the band" memoir. In the chapter "Sunday Bloody Sunday," for example, he writes primarily about the impact of this protest song against the bloodshed in the Northern Ireland conflict on U2.

In With Or Without You, he muses about his wife Ali, whom he's been with since high school. He also describes the marital problems that come with living with a pop star. The book is dedicated to her.

In One, the story takes place in Berlin. It's 1990 and U2 has become one of the most successful bands in the world. In Berlin's Hansa Studios, they search for the ghosts of their heroes who recorded in the city before them, greats like Iggy Pop, David Bowie and Nick Cave. During the recording of the album Achtung Baby, the band was going through a crisis and looked as if it might break up. Fortunately, the song One came to fruition, saving the band. The band wrote the song it needed to hear, Bono writes.

Dedication to a life of activism

In Pride, Bono describes how, shortly before the turn of the millennium, he took part as a campaigner in the Drop the Debt campaign, part of the Jubilee 2000 movement, which asked the world's richest countries to cancel the debts of the world's poorest nations.

In 2002, he spoke with top members of the US government, including President George W. Bush, about providing financial assistance to developing countries. His campaign resulted in the then-president signing the President's Emergency Plan for AIDS Relief program, which is credited with saving millions of lives.

Because of major actions like these, Surrender is devoted in large part to Bono's activism and numerous meetings with the likes of Steve Jobs, Barack Obama and Bill Gates. Yet some of Bono's critics considered his political commitment untrustworthy and have denounced his public appearances with well-known politicians. German weekly magazine Der Spiegel even once called him a "mascot of the powerful."

Bono's handling of his investments and taxes is also often criticized. He has argued back by saying he knows he can sometimes overdo things because he stands up for what he believes in.

In the book, he even apologizes for the 2014 campaign with Apple, when the album Songs Of Innocence showed up unasked on every iPhone on earth and automatically appeared as a purchase in users' iTunes.

Bono and U2 fans are sure to celebrate the book, even if the musician can come across as a bit self-absorbed, rambling or naive at times. But after all, his emotional character is one of the reasons people love him. Surrender gives readers an insight into his soul, into his world of faith, poetry, music and love.