Fine-dining restaurants at eight star hotels and a standalone destination recreate French-inspired cuisine over the weekend on their premises, gave a foretaste of their Goût de France offerings to guests on the consular gardens

How do you govern a territory which has 258 kinds of cheese?” Charles De Gaulle had jokingly complained in 1962. The new French consul general in Calcutta, Didier Talpain, invoked the former president’s observation to highlight the diversity of French cuisine at an event last Thursday that celebrated the best of French gastronomy.

“French food is diverse. Cuisine from the south-eastern part with its fish stew, Bouillabaisse, and its imaginative use of vegetables is very different from that of the south-western corner well-known for its foie gras, duck and goose liver. The diversity is greater in cheeses and even more so in the wine sector, which has large and prestigious vineyards with names that, put together, build a sacred litany — Champagne, Bordeaux, Burgundy, Loire valley, Alsace — as also smaller entities and secret gems,” said Talpain.

Goût de France (Taste of France, also referred to as Good France in English), an international initiative of the French ministry for Europe and foreign affairs and chef Alain Ducasse, has been embraced by the city’s foodies and the food sector alike. In its sixth edition, it added a welcome seasoning to the city’s gastronomic calendar close on the heels of Vijaya Dashami and its date with desserts.

Fine-dining restaurants at eight star hotels — Taj Bengal, The Oberoi Grand, JW Marriott Kolkata, ITC Royal Bengal, The Park, Novotel Kolkata Hotel & Residences, The Westin Kolkata Rajarhat, and Hyatt Regency Kolkata — and a standalone destination, To Die For, which would recreate French-inspired cuisine over the weekend on their premises, gave a foretaste of their Goût de France offerings to guests on the consular gardens.

Consul general Talpain was especially excited to present the culinary heritage of the Centre-Loire Valley Region, which was beamed in all its picturesque gaiety on the screen that had been put up, as he hails from the region. The area, he pointed out, was known for its mild climate and was deeply connected to the history of France as successive kings built castles along the river during the Renaissance. “The Loire is our longest river and looks like a necklace of palaces. The wine is the region’s best-known produce and you get fresh fish from the river.”

He also underscored the need for sustainable food and gourmet tourism.

A contest has also been organised on the occasion by Atout France — the France tourism development agency in India — which is running on the consulate’s social media pages. To take part, one has to click a selfie by October 29 while enjoying a Goût de France dish with the Goût de France menu at any of the participating restaurants, mentioning why one thinks one should win the stay with a comment on the contest post. It would give participants a chance to win a stay for two for two nights in the Loire Valley. 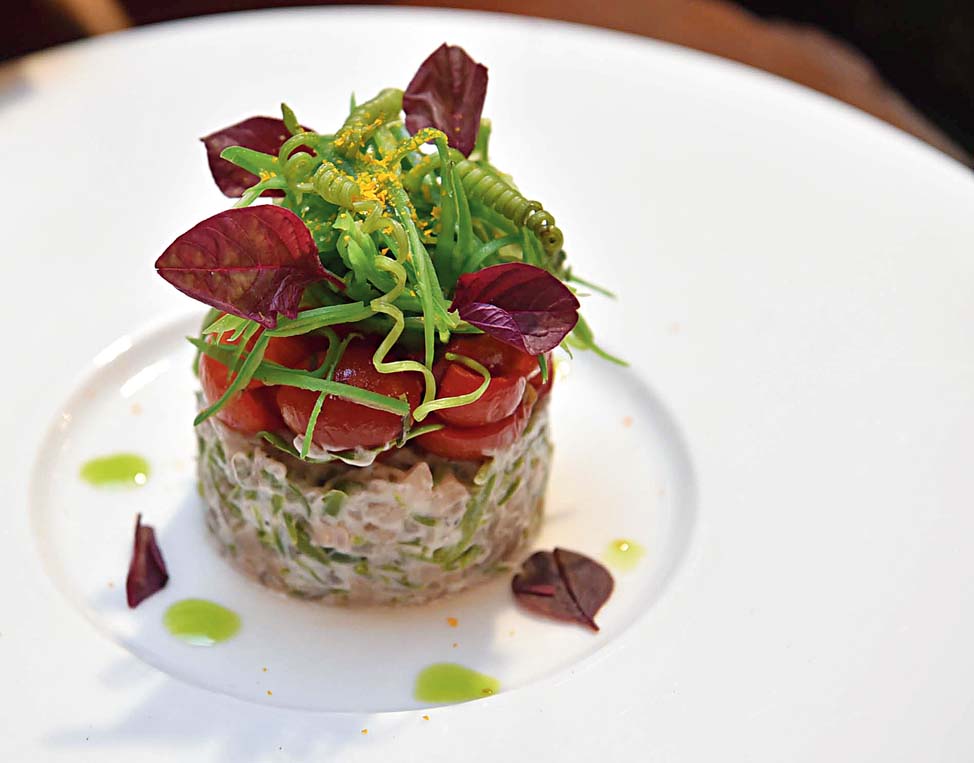 Pâté de Pommes de Terre with rocket leaf salad and grilled mushrooms by To Die For, the only standalone restaurant taking part in the event. “This potato pie is a rural favourite and a speciality of the Berry region in the Loire valley,” Talpain explained to The Telegraph.

Mushroom and Goat Cheese Quiche by The Westin Kolkata Rajarhat