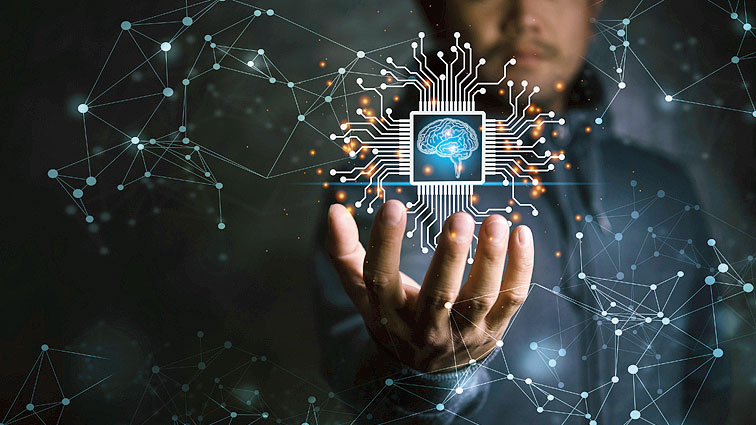 When the Industrial Revolution spread from Europe to North America and then across many parts of the planet in the last decades of the 18th century, it spurred colonial rule and, with it, the rush for cheap raw materials from the Global South. Many argued then that humanity had progressed by leaps and bounds as machines were replacing animal power and human brawn. Less than two centuries later, even as the world came to terms with the end of World War II and erstwhile colonies of Asia, Africa and Latin America became independent nation states, a wide range of scientists, from mathematicians to neurosurgeons, started avidly discussing the possibilities of machines replacing the human brain.

This concise volume by a computer scientist and technology entrepreneur who has “tested the boundaries of artificial intelligence” through his work on “natural language processing” at the University of Texas lives up to the promise raised by its title and subtitle. It seeks to debunk the myth created by the so-called futurists that AI will soon overshadow the capacities and talents of the most gifted human mind. Such a proposition, Erik J. Larson argues, is not only preposterous, but also dangerous for the advancement of science. Larson writes that despite the hype, computer scientists are not really on the path to developing intelligent machines and do not even know “where that path might be”.

Starting with Alan Turing, the person who is considered by some to be the founding father of AI in the 1930s, the book takes us on a long ride to the present to counter the claims made by many scientists who, according to the author, have made a “profound mistake” in seeking to equate human intelligence with AI. As the blurb on the inside cover succinctly summarizes: “AI works on inductive reasoning, crunching data sets to predict outcomes. But humans don’t correlate data sets: we make conjectures informed by context and experience. Human intelligence is a web of best guesses, given what we know about the world.”

Readers may find Larson’s criticism of the ardent proponents of AI quite dismissive, but the author is clear about what he is saying, which is that we do not have a clue as to how to programme what is called “intuitive reasoning”, also known as “abduction”, which is at the very “heart of common sense”. This is why even as we love to shout out instructions to Alexa to do this or that, the machine itself does not understand what we are asking and, more importantly, why we are asking what we are asking. 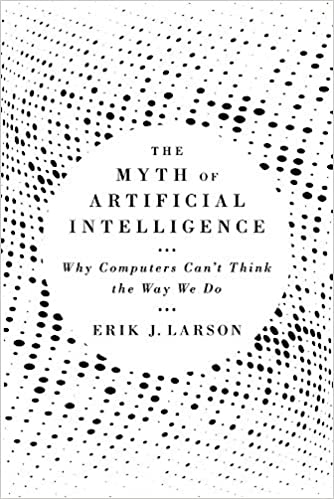 The Myth of Artificial Intelligence: Why Computers Can’t Think the Way We Do By Erik J. Larson, Bellknap, £23.95
Amazon

Thus, Larson contends, AI may be a useful and sophisticated tool to perform a wide variety of functions but it can take all of us this far and no further. He firmly believes that AI is “both bad science and bad in science” and would, therefore, constrain a “culture of invention (that) thrives on exploring unknowns, not overselling existing methods”. The book contends that data science or the application of AI will work against the benefits that can be accrued from deploying human ingenuity for the collective benefit of humanity. Arguing for the need to radically rethink the discussion on AI, Larson contends: “The price we are paying for the myth is too high.”

While this book will certainly be a treat for scientists and those specializing in the working of computers, a lay person like this reviewer also found it highly readable because the author peppers his technical explanations with analogies from well-known myths and fiction. Two of his favourite examples are those of Prometheus and Mary Shelley’s 1818 novel that was written when she was only 19 years old and titled, Frankenstein: Or, a Modern Prometheus. When fire was stolen from Zeus to cook meat for everyone on earth, the angry god punished Prometheus and ensured that an eagle ate his entrails over and over again. Larson believes we want to steal fire from the gods “despite potentially horrific consequences — eternal punishment, no less”.

Larson’s book seeks to provide “a guide to exploring boundaries between minds and machines that facilitate more optimal and safer human-machine interactions, which are… here to stay.” He argues convincingly that when AI becomes a mythology about a forthcoming “superintelligence”, it is time to reject it and place it firmly in the “category of scientific unknowns”. Instead, the world needs to invest in a culture that encourages intellectual ideas and not discount human potential.