Advertisement
Home / Business / Rupee gains 26 paise to 81.67 against US dollar in early trade

Rupee gains 26 paise to 81.67 against US dollar in early trade 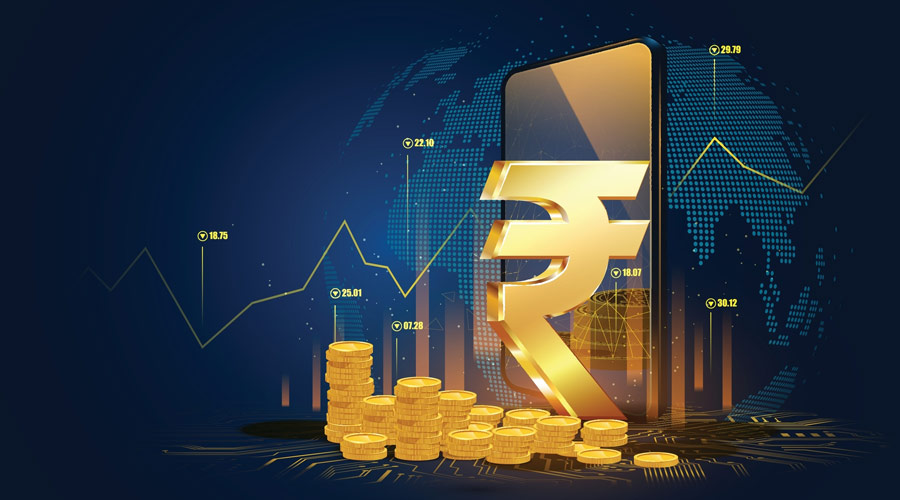 The rupee appreciated 26 paise to 81.67 against the US dollar in early trade on Thursday as the American currency retreated from its elevated levels.

At the interbank foreign exchange, the domestic unit opened at 81.72 against the dollar, then gained ground to touch 81.67, registering a rise of 26 paise over its previous close.

The rupee has strengthened in offshore trading on broad-based dollar weakness. It is likely to trade in a range of 81.55-81.85 with sideways price action, IFA Global Research Academy said in a research note.

The dollar index, which gauges the greenback's strength against a basket of six currencies, fell 0.41 per cent to 105.63, post the weak US data and dovish Fed minutes.

"Minutes of the latest Fed meeting indicated that most Fed members were in support of slowing the pace of rate hikes but 'various' Fed members saw rates peaking at higher levels," IFA Global Research Academy said.

Foreign Institutional Investors (FIIs) were net sellers in the capital markets on Wednesday as they offloaded shares worth Rs 789.86 crore, according to exchange data.