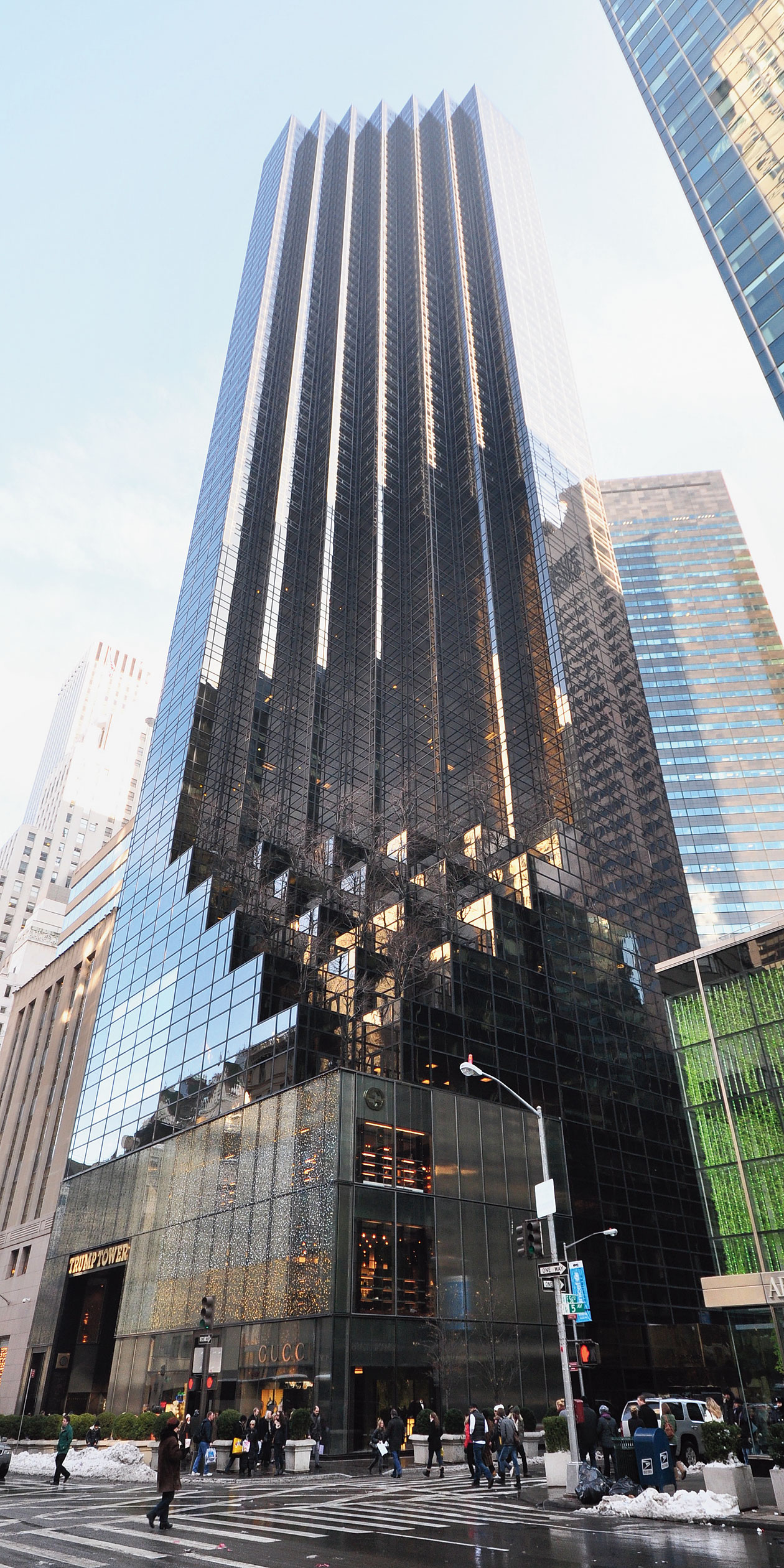 “Power is a lot like real estate. It’s all about location, location and location. The closer you are to the source, the higher is the property value,” Frank Underwood, the lead fictional character who would play the US President, said to the camera in the American web series House of Cards.

Nowhere would the words uttered by Kevin Spacey, who played the role of Underwood, resonate more than on the 25th floor of Trump Tower on Upper 5th Avenue in New York, the headquarters of The Trump Organisation, the powerful real estate company that Donald Trump created in 1973 on the foundations of the organisation that his grandmother Elizabeth Christ Trump and father Fred built in 1923.

With a clear view of one of the most expensive retail boulevards of the world and Central Park from the glass facade building, which also houses Trump’s penthouse on the top floor, it is not difficult to understand the awesome power of the Trump real estate brand and why people scramble to snap up apartments in properties that are emblazoned with that name.

“This is like gold. It is recession-proof,” gushed Sumit Bhalotia, the youngest buyer of the Trump Tower in Calcutta.

He put his life’s savings to grab rights to a piece of that exclusive address — the apartments are due to be handed out in less than two years from now — secure in the belief that the Trump brand would be immune to the downwash in real estate valuations brought on by the economic slowdown in India.

Bhalotia had considered other options before he heard about the project in Calcutta — one of the four residential towers in India that will bear the Trump name — and was convinced within 10 minutes.

“My wife and I were simply blown away. Just imagine the exclusive address we will have. Moreover, as the project will bear the Trump name, I am confident that the project will be completed in time and the finish and maintenance services will be good. After all, they have a brand name to protect,” Bhalotia explained.

He recently upgraded to the bigger club floor on the 31st floor, paying a hefty premium over the initial booking for a fourth-floor apartment.

The Trump Tower has been a rare, roaring success in the luxury segment of Calcutta’s real estate market. The builders — Unimark, RDB and Tribeca — have already managed to sell 112 of the 137 units at a time the other big players are struggling to sign deals for half of the apartments they have put up for sale.

Sitting in his office on Trump Tower on Fifth Avenue, Donald Trump Jr, who runs the business with his brother Eric after their father had to take up an arguably more challenging assignment as the leader of the free world, said the response from India, especially Calcutta, exceeded his expectations.

“If you look at the successes we have, whether in Calcutta or elsewhere, in a down market, we continue to perform very well. We continue to have a high volume of sales. I wonder if any other brand can say that…We continue to do good irrespective of the rough market in India,” said Don Jr.

Kumar Patodia, director of Unimark and elder son to Harsh V Patodia, chairman and managing director, attributed the success to the Trump brand name. “It gives you velocity as well as premium. Usually, you have to let go of one to get another, but not here,” he said.

Arjun Nowlakha, who lives in Virginia, also bought into the Trump brand. “It is the most powerful brand in real estate. And even after he (Donald Trump) retires, the brand will remain very strong for years to come. So, it is also good for those looking at flipping,” said Nowlakha, who co-invested along with brothers who live in Calcutta.

Asked if the relative performance of the Trump Tower project in Calcutta had anything to do with the fact that his father had become the US president, Don Jr disagreed. There has been endless speculation on the supposed conflict of interest between Donald Trump’s presidency and his business interests.

Trump has agreed not to sign any foreign deals during his presidency, which could extend for another five years, given that no strong Democrat challenger has yet emerged in the run-up to the 2020 elections.

“No. I think the reality is we had successful projects before we even announced politics. Our first deal in India wasn’t towards the end of 2015 or 2016. And don’t forget that the world had said he (Donald Trump) was going to lose right until 2017. All of these processes were in place long before that. I think it has to do with the fact that this has been a lead real estate brand for over 40 years. This is the guy (Donald Trump) who changed the skyline of New York,” he said.

The Calcutta project, which has done better in terms of sales and pace of construction than the three other Trump projects in India, was announced when he was running for presidency. The project in Gurgaon, which is in partnership with M3M, took off around the same time. The Trump Tower projects with Lodha Developers in Mumbai and the Panchsheel Group in Pune were launched before Donald Trump took the plunge into American politics.

Real estate pundits say the location of Unimark’s project in Calcutta was a clincher too, apart from the Trump brand. “There are many luxury hotels and real estate projects in that micro market on EM Bypass. Moreover, the developers sized the apartment right (between 2,800-3,500 sq ft) to catch a wider pool of buyers,” said a local broker.

The Calcutta and Delhi developers of Trump Tower invited their buyers to a three-day trip to New York to experience the Trump lifestyle last week. The high point of the trip was to shake hands with Trump Junior and take pictures at Trump Golf Link at Ferry Point during dinner.

Located in the Bronx, overlooking the Whitestone bridge just outside Manhattan, a buyer was thrilled to bits after the dinner. “It’s a dream come true, shaking hands with the son of the US President. I am ready to buy one more flat if they give it me at the old price. I am ready to make a single shot payment right now,” said the businessman from Calcutta.

Clearly, power, politics and location are still very much at play.

The author was in New York on a sponsored trip by Trump Tower, Calcutta