Digital copies of 10000 documents given to institute for publishing 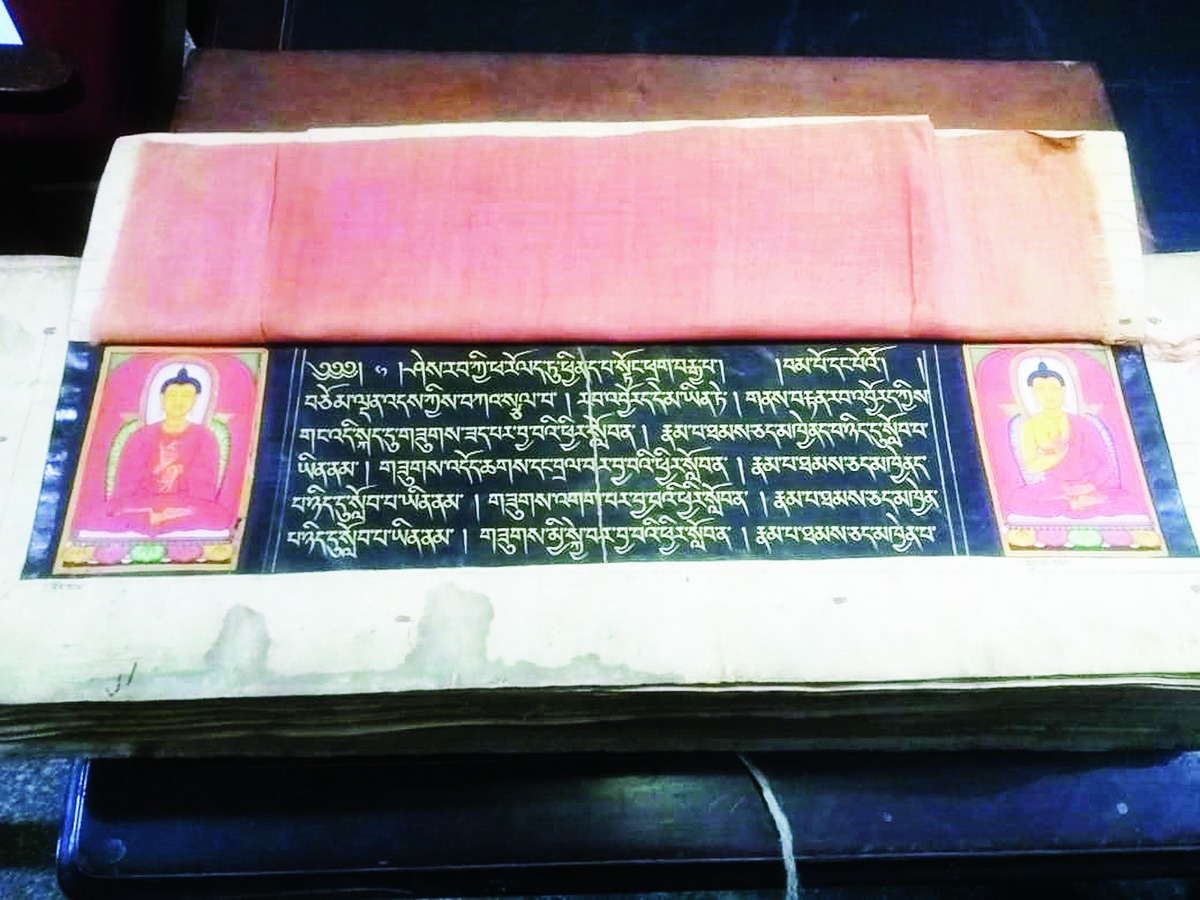 Patna: Rare Tibetan Buddhist manuscripts brought to India by traveller, adventurer, freedom-fighter, author, teacher and monk Rahul Sankrityayan will soon reach out to a wider audience after being confined inside the Patna Museum for around eight decades.

A team from the Central Institute of Higher Tibetan Studies (CIHTS) at Sarnath in Uttar Pradesh is here to make digital copies of around 10,000 manuscripts, which the Bihar Research Society (BRS) authorities will hand over to them for publishing. The manuscripts have all these days been kept in red cardboard boxes at the BRS section of Patna Museum.

The move is a result of chief minister Nitish Kumar's visit to Patna Museum last year to see the manuscripts. He had announced then that the manuscripts will be published. Thereafter, an MoU was inked between the state government and CIHTS, a central government institution.

"CIHTS expert Banarsi Lal arrived in Patna today (Wednesday) and he will be handed over digital copies of manuscripts which have not been published so far," an official connected with art, culture and youth department, under which BRS falls, told The Telegraph. "This will be done as part of the MoU with CIHTS. We had spent Rs 24 lakh that we got from the National Archives, New Delhi on digitisation of all manuscripts brought by Rahul Sankrityayan."

The official added that publication of the manuscripts will be very helpful for researchers on Tibetan Buddhism or Vajrayana, Buddhist philosophy and various Tantric practices connected to them across the globe.

"These are historically very important documents in a very big number. There are around 10,000 manuscripts containing around 7 lakh folios or pages, and in three different languages - Tibetan, Sanskrit and Newari," said art, culture and youth department principal secretary Ravi Manubhai Parmar. "All the documents have already been digitised and they will be translated and published. CIHTS will publish a copy of the manuscript with translation in Hindi and English below it."

In his four trips to Tibet, Rahul Sankrityayan (1893-1963) surmounted several difficulties, prised open the locked vaults of Buddhist monasteries after convincing the monks residing there and returned with mule loads of manuscripts, paintings, objects used in religious rituals, coins and dresses that were hidden from the world for several centuries.

The rich collection was hailed by historians and Buddhist scholars the world over as the most extensive one of all times. Sankrityayan donated it to Patna Museum in March 1933 for researchers to study them.

"We have preserved the manuscripts Sankrityayan brought, against all odds, for posterity. They were wrapped in cotton cloth, which we had to change and then keep the manuscripts in specially made 'acid-free' cardboard boxes. They were chemically treated as part of the conservation process. Maintenance has been regular and all are in safe and in nice condition," Mishra said.

These manuscripts were originally written in Sanskrit by scholars residing at the ancient Nalanda and Vikramshila universities between seventh and 12th century AD. Their copies and translations were taken to Tibet, while the originals were lost when the two universities were burnt by the army of Bakhtiyar Khilji around the end of the 12th century and beginning of the 13th century.