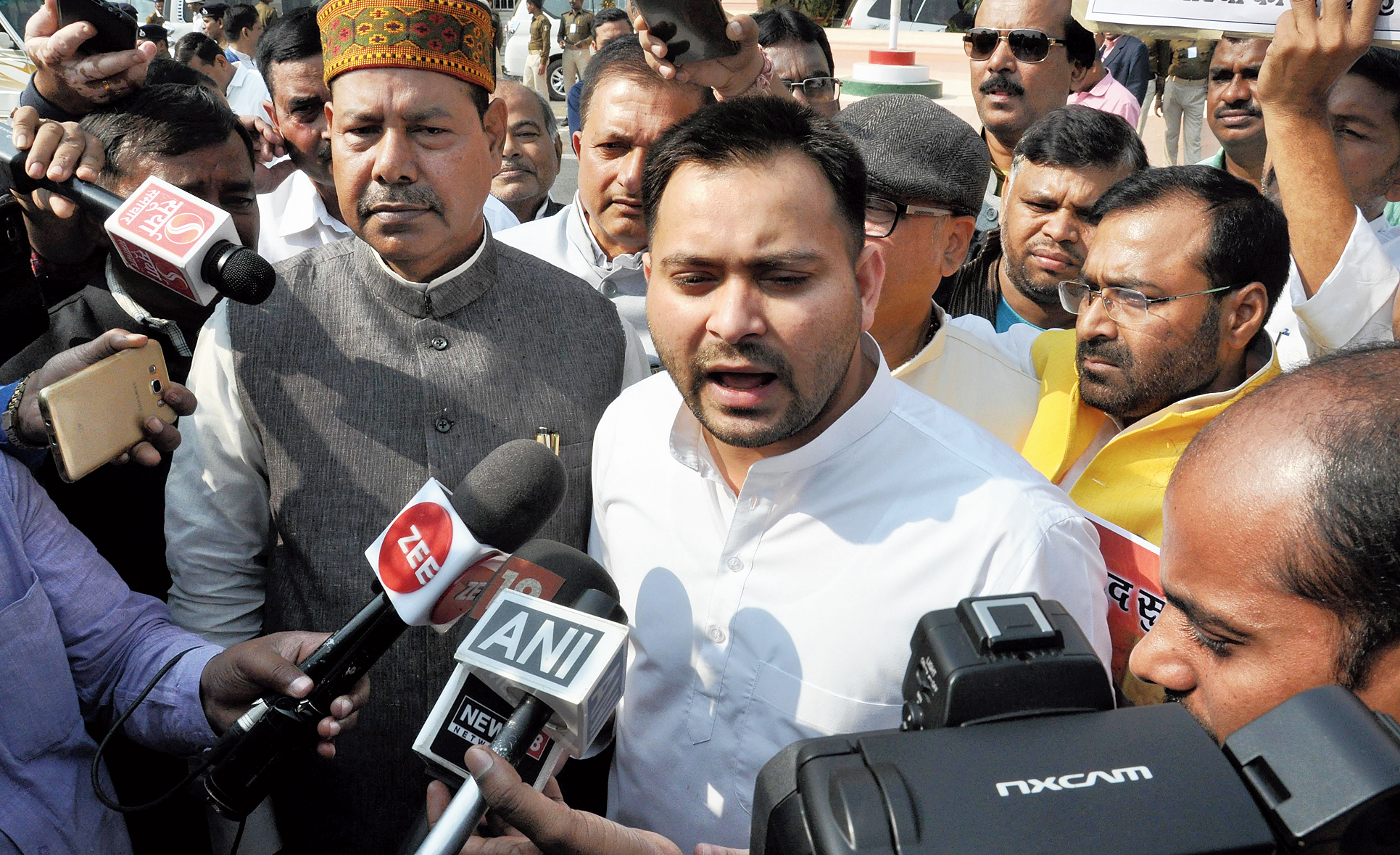 Leader of Opposition in the Assembly Tejashwi Prasad Yadav on Thursday demanded that the government make public the call detail records of Brajesh Thakur, the arrested key accused in the Muzaffarpur shelter home rapes case.

The Opposition led by the RJD, emboldened by the adverse comments of the Supreme Court in the shelter home cases, on Thursday went all out against the Nitish government in the Assembly.

“I will stop causing disruptions (in the Assembly). But the government must make public the telephone call record of Brajesh,” Tejashwi demanded in the House.

He dared senior ministers such as Bijendra Yadav and Shrawan Kumar to respond to his demand in the absence of chief minister Nitish Kumar.

“We have been asked to remain patient. But we cannot remain patient when such inhuman treatment was being meted out to the girls,” Tejashwi said. “The Supreme Court has repeatedly asked the Nitish government to take action. But Nitish Kumar is bent on saving the accused. He is even saving his own MLA who has demanded extortion money from a contractor.”

He said that Nitish had remained away from House proceedings on purpose.

Tejashwi also alleged that his microphone was switched off during the proceedings. Speaker Vijay Kumar Chaudhary pointed out that the microphone of an MLA is never switched off. “But even the chief minister is not allowed to speak with out the permission of the chair,” Chaudhary said, joking that he would get Tejashwi’s microphone checked.

As the House assembled on Thursday, the Speaker did try to bring in order by stressing that Tejashwi had brought up important issues. “But there is a proper way to bring issues inside the House and it is defined in the rules,” he said.

He pleaded that the House be allowed to function so that important questions can be discussed.

“The Assembly is where issues are discussed and solutions are found,” Chaudhary said, pointing out that most questions he had approved were from the Opposition benches. Opposition MLAs continued to raise slogans and the House was adjourned 15 minutes after it assembled.