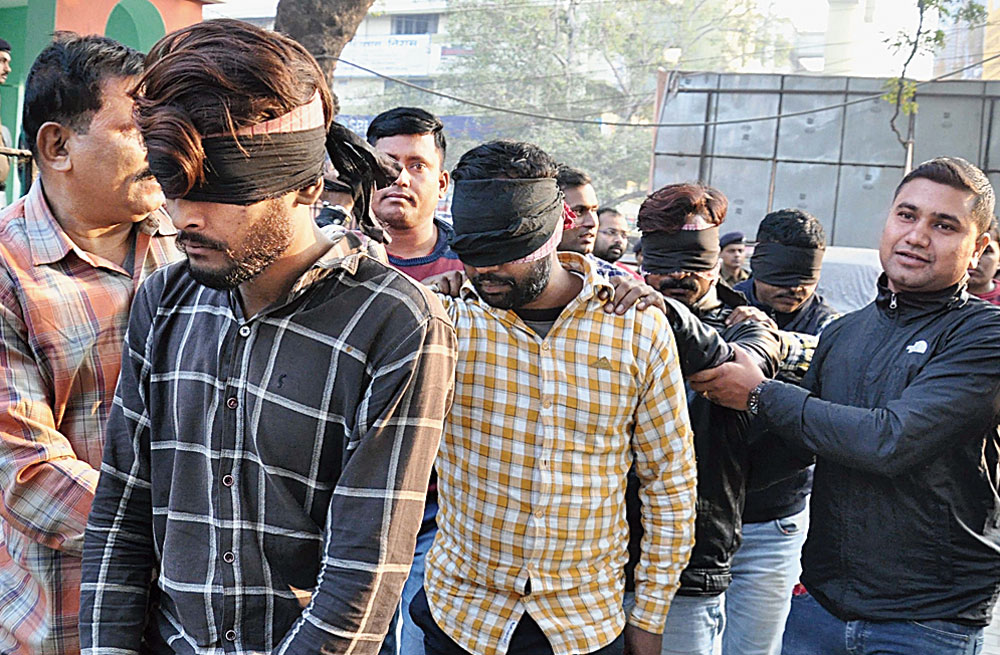 Contract killers were paid Rs 6 lakh to kill Patna High Court lawyer Jitendra Kumar, 55, for opposing a deal made by his wife and brother to sell his plot in Khagaul.

Jitendra was gunned down near Jal Parshad Office at Rajvanshi Nagar under Shastrinagar police station on December 5. The conspiracy was hatched six months ago and three unsuccessful bids had been made earlier, Central range DIG Rajesh Kumar said on Saturday.

DIG Rajesh said all this came to the fore with the arrest of four persons who had gunned down Jitendra escaped on bikes. He said the police seized two bikes used in the crime, a country-made pistol, five live cartridges and Rs 10,000 in cash from the arrested men.

Rajesh said the lawyer’s wife, Nitu Singh, and his brother had made a deal with Tajuddin, a Khagaul resident, to sell the lawyer’s plot in Khagaul for Rs 20 lakh. But the lawyer was proving to be the stumbling block in the sale of his ancestral property. “Tajudddin then contacted Laxman and his associates and a deal was struck at Rs 6 lakh to eliminate the lawyer,” the DIG said, adding that Rs 1.10 lakh was paid as advance.

Soon after the crime, a special investigating team (SIT) was constituted by Zonal IG NH Khan to crack the case. The police identified the killers after seeing CCTV footage.

The DIG said a police team has arrested Suraj Yadav alias Suraja, Laxman Kumar, Pradumna Kumar alias Baba and Avinash Kumar in this connection. He said more names have come to the fore and raids were on to arrest them.

Earlier four persons including the lawyer’s wife had been arrested and sent to jail.

The DIG said that the arrested men were involved in heinous crimes including murder and loot.

Suraj Yadav alias Suraja was involved in the murder of Harvansh Rai, Kedar Rai, Chotu and some loot cases. Laxman had served two years in jail in connection with two murder cases. The arrested men also revealed names of their associates, the DIG said.

He further said the SIT would be given cash award and a citation letter for cracking the case within 72 hours of the murder.