Manufacturers said the tariff, set to take effect on June 10, would have devastating consequences on them and American consumers 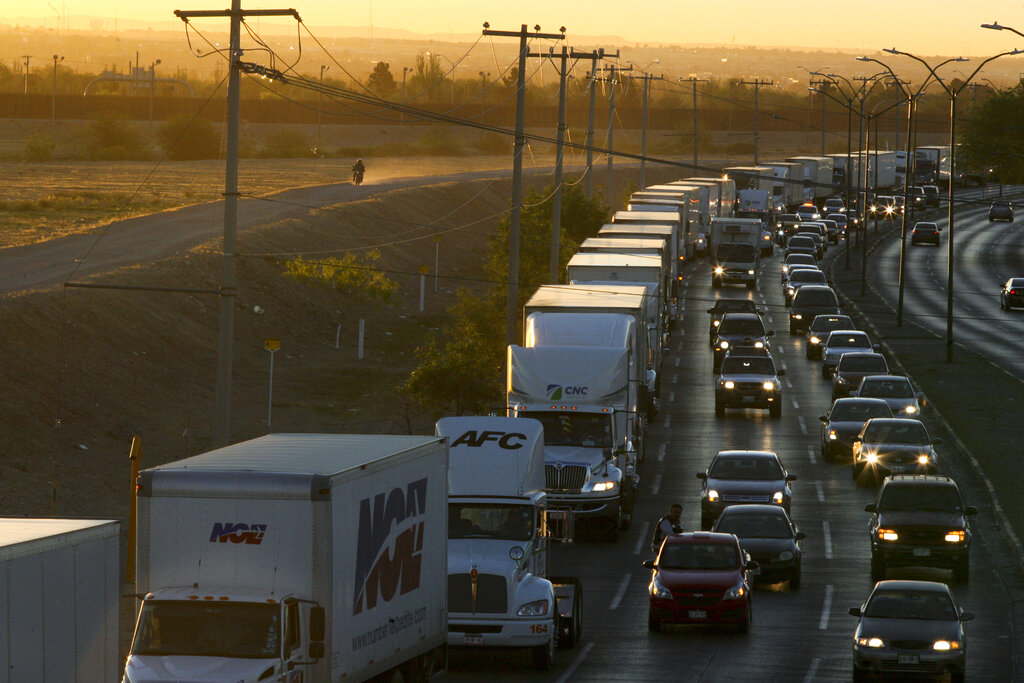 'These proposed tariffs would have devastating consequences on manufacturers in America and on American consumers,' said Jay Timmons, chief executive officer of the National Association of Manufacturers. 'We have taken our concerns to the highest levels of the administration and strongly urge them to consider carefully the impact of this action on working families across this country.'

The stock market's tumble on Friday all but guarantees that May will be the first monthly loss for the market in 2019. The news hit automakers particularly hard. Many of them import vehicles into the U.S. from Mexico.

'The auto sector - and the 10 million jobs it supports - relies upon the North American supply chain and cross border commerce to remain globally competitive,' said the Auto Alliance, which represents automakers that built 70 per cent of all cars and light trucks sold in US. 'Any barrier to the flow of commerce across the US-Mexico border will have a cascading effect — harming US consumers, threatening American jobs and investment and curtailing economic progress.'

Some of Trump's fellow Republicans in Congress opposed the tariff. Republican senators have made almost weekly treks to the White House to nudge the President off his trade wars, and this latest move sent them scrambling again to signal their displeasure in hopes of reversing Trump's actions.

Texas Republican Sen. John Cornyn supports the President's commitment to securing the border, an aide said, but he opposes the across-the-board tariff, 'which will disproportionately hurt Texas'.

Key trade senators also spoke up. Pennsylvania GOP Sen. Pat Toomey, who has questioned the administration's ability to invoke national security threats for some other imports, called the tariffs a 'blanket tax increase' on items Americans purchases from Mexico and 'the wrong remedy'.

The tariff threat comes at a peculiar time, given how hard the administration has been pushing for passage of the USMCA, which would update the North American Free Trade Agreement.

Sen. Chuck Grassley, R-Iowa, a usual Trump ally and the chairman of the Senate Finance Committee, slammed the president's action, saying it was a 'misuse of presidential tariff authority' that would burden American consumers and 'seriously jeopardize passage of USMCA.'

Sen. Joni Ernst, R-Iowa, said the livelihoods of farmers and producers from her state are at risk and so is the USMCA. 'If the president goes through with this, I'm afraid progress to get this trade agreement across the finish line will be stifled,' she said. 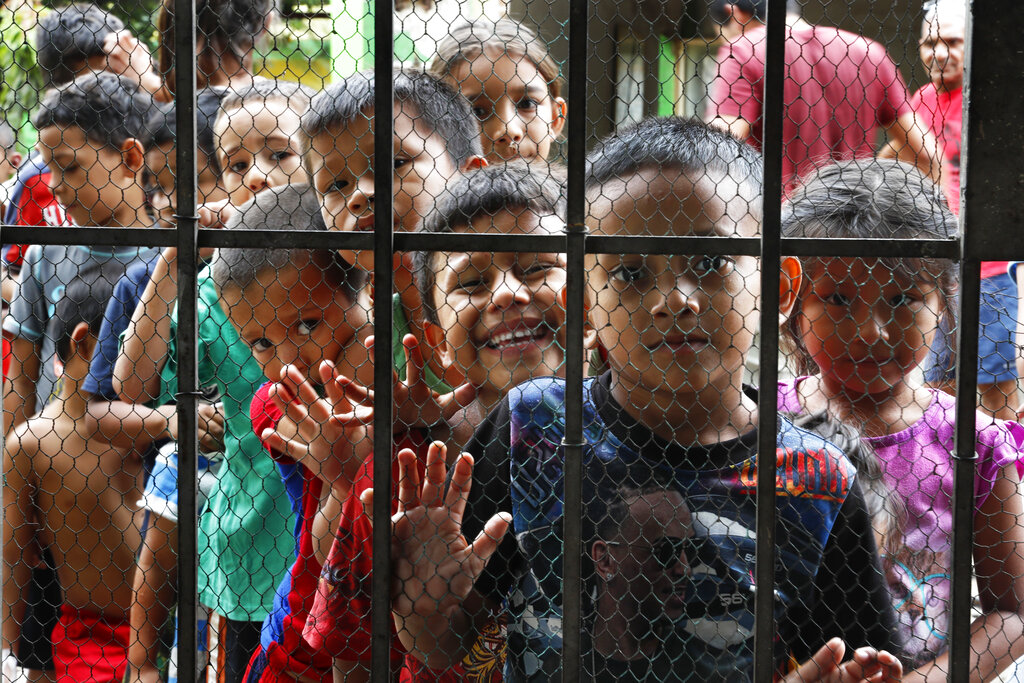 Migrant children line up for a meal at the door of a shelter at Tapachula in the Chiapas state of Mexico on May 30.
AP

Despite pushback from US business, Mexico and Capitol Hill, President Donald Trump is doubling down on his threat to slap a 5 per cent tariff on Mexican imports unless America's southern neighbour cracks down on Central American migrants trying to cross the US border.

US manufacturers said the tariff, set to take effect on June 10, would have devastating consequences on them and American consumers. US stocks tumbled on Wall Street in response to Trump's planned action.

'Imposing tariffs on goods from Mexico is exactly the wrong move,' said Neil Bradley, executive vice-president of the US Chamber of Commerce, which is exploring legal action in response to the tariffs. 'These tariffs will be paid by American families and businesses without doing a thing to solve the very real problems at the border. Instead, Congress and the President need to work together to address the serious problems at the border.'

Mexican President Andrés Manuel López Obrador dispatched his foreign secretary to Washington to try to negotiate a solution. He said social problems are not solved with coercive measures, but also seemed convinced that Trump just needed to be informed about all the steps Mexico has taken to slow illegal migration.

Mexico has stepped up raids on migrant caravans travelling through the southern states of Chiapas and Oaxaca this year. It has deported thousands of migrants and frustrated thousands more who wait endlessly for permits that would allow them to travel legally through Mexico.

Administration officials told reporters in a briefing call on Thursday evening that Mexico could prevent the tariffs from kicking in by securing its southern border with Guatemala, cracking down on criminal smuggling organisations, and entering into a 'safe third country agreement' that would make it difficult for those who enter Mexico from other countries to claim asylum in the US.

'We fully believe they have the ability to stop people coming in from their southern border and if they're able to do that, these tariffs will either not go into place or will be removed after they go into place,' said acting White House chief of staff Mick Mulvaney.

Trump said the percentage will gradually increase — up to 25 per cent — until the migration problem is remedied.

'Mexico has taken advantage of the United States for decades,' Trump said in a tweet on Friday. 'Because of the Dems, our Immigration Laws are BAD. Mexico makes a FORTUNE from the U.S., have for decades, they can easily fix this problem. Time for them to finally do what must be done!'

Trump's decision showed the administration going to new lengths, and looking for new levers, to pressure Mexico to take action — even if those risk upending other policy priorities, like the United States-Mexico-Canada Agreement, a trade deal that is the cornerstone of Trump's legislative agenda and seen as beneficial to his reelection effort.

Keeping the economy rolling also is critical to Trump's reelection, and business was not happy with the president's planned tariff on Mexican imports.