'In just a few months, one of the safest cities in the world has become one shrouded in the shadow of violence' 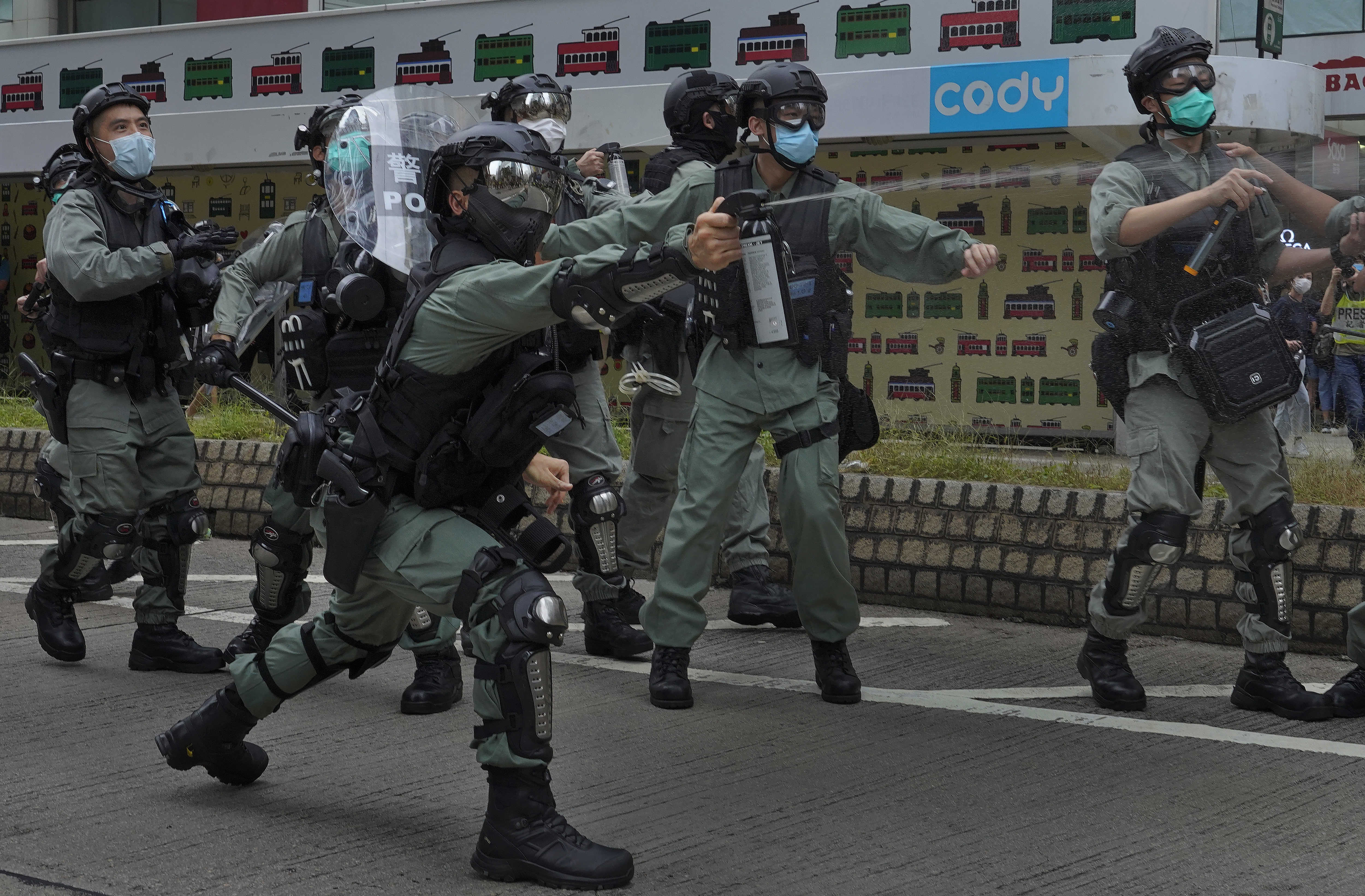 Hong Kong’s security and police chiefs said “terrorism” was growing in the city, as government departments rallied on Monday behind Beijing's plans to introduce national security laws after thousands took to the streets to protest against the move.

The security legislation, which could see Chinese intelligence agencies set up bases in Hong Kong and aims to tackle secession, subversion and terrorist activities, has sent shockwaves through the business and diplomatic communities.

“Terrorism is growing in the city and activities which harm national security, such as ‘Hong Kong independence’, become more rampant,” secretary for security John Lee said in a statement.

“”In just a few months, Hong Kong has changed from one of the safest cities in the world to a city shrouded in the shadow of violence,” he said, adding national security laws were needed to safeguard the city’s prosperity and stability.

Police said they arrested more than 180 people on Sunday, when authorities fired tear gas and water cannon to disperse anti-government protesters as unrest returned to the Chinese-ruled city after months of relative calm.

In a return of the unrest that roiled Hong Kong last year, crowds thronged the streets of the city on Sunday in defiance of curbs imposed to contain the coronavirus, with chants of “Hong Kong independence, the only way out”, echoing through the streets.

Calls for independence are anathema to Beijing, which considers Hong Kong an inalienable part of the country. The proposed new national security framework stresses Beijing’s intent “to prevent, stop and punish” such acts.

Protests are expected to resume on Wednesday, when the city’s legislature is expected to give a second reading of a bill that would criminalise abuse of China’s national anthem.

Agencies issuing statements in support of the legislation included the Commissioner of Correctional Services, Hong Kong Customs, the Fire Department and the Government Flying Service.

Financial secretary Paul Chan wrote on his blog on Sunday the national security law “itself” does not affect investor confidence, only the “misunderstanding” of it does.

“The central government has already said the law is targeted at the minority of people who are suspected of threatening national security and will not affect the rights of the general public.”