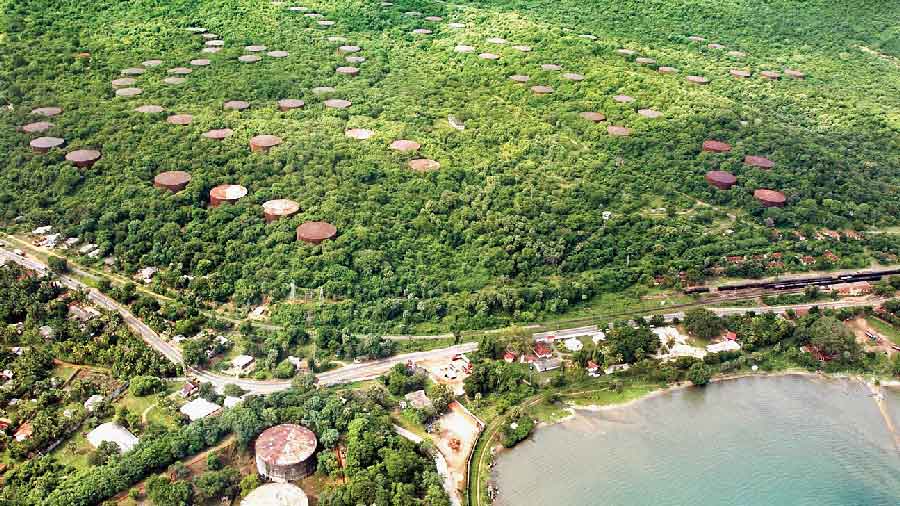 The Sri Lankan cabinet on Tuesday cleared the Trincomalee oil tank farm deal with India for modernising the pre-World War II oil storage facility, finally paving the way for implementing an agreement pencilled into the India-Sri Lanka Accord of 1987.

As per the cabinet decision announced in Colombo, a new company — the Trinco Petroleum Terminal Pvt Ltd — will be set up to develop 61 of the 99   tanks in the 850-acre complex in Trincomalee, which is the closest port to Chennai.

Apart from this, the cabinet decided that 24 of the tanks will be developed by the CPC and LIOC will retain the 14 tanks it has refurbished over the past two decades and can continue its business activities which includes a distribution network.

The agreement comes at a time when Sri Lanka is facing an economic crisis and a souring of relations with China over a fertiliser deal gone bad after Colombo accused Beijing of sending contaminated organic fertilisers to Lankan farmers.

Chinese foreign minister Wang Yi is supposed to visit Colombo later this week in what is being seen as an attempt to mend fences as Sri Lanka turned to India for help in tide over the economic crisis.

The agreement to jointly develop the oil tank farm could not be implemented since the accord was signed in 1987 partly because of the prolonged strife in Sri Lanka and Colombo’s changing equations with New Delhi with every new government in the island nation.

The tensions with China forced the otherwise pro-Beijing Rajapaksa regime to fast-track the implementation of the agreement.