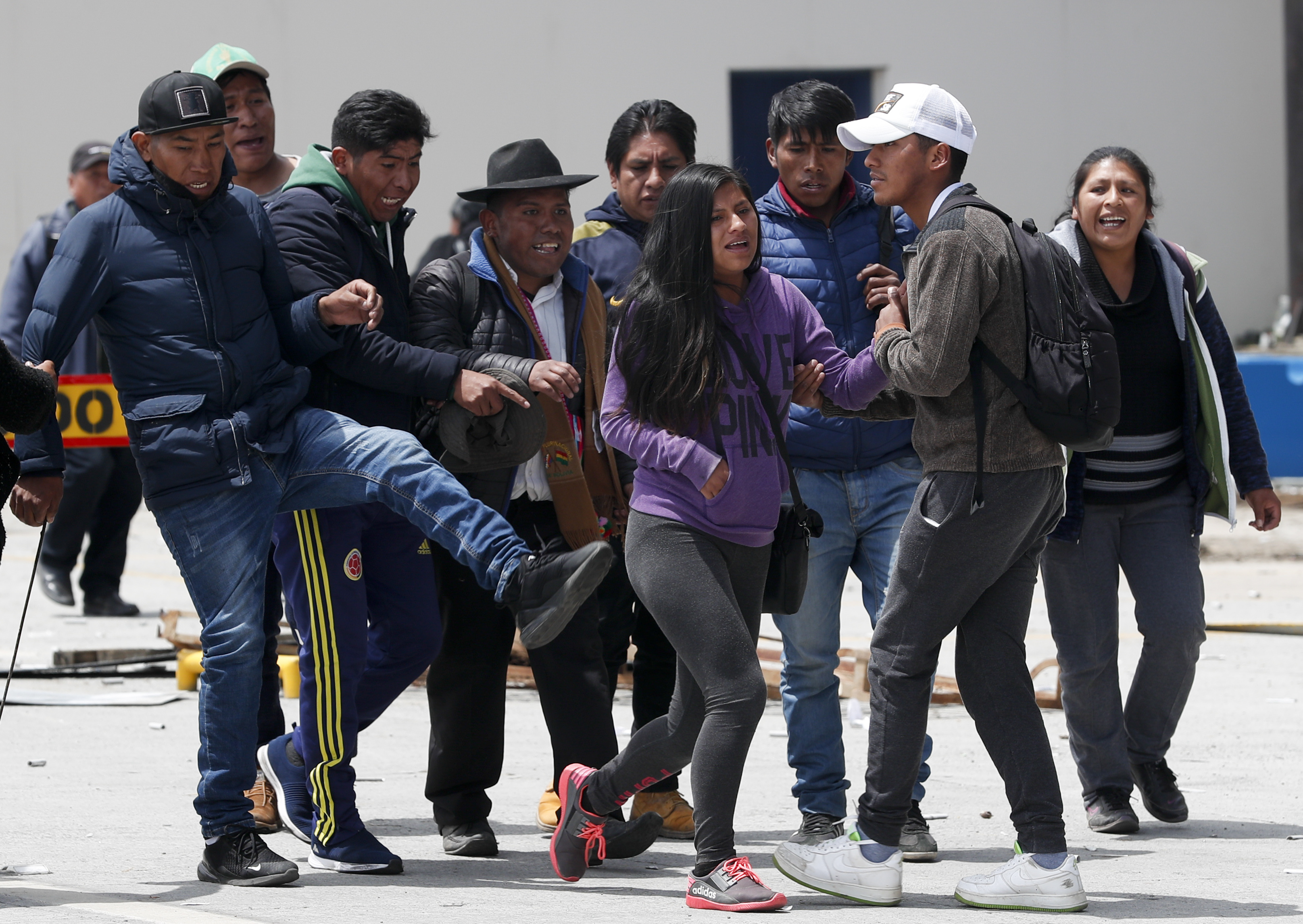 Faced with unrelenting protests over the results of disputed elections in which he claimed victory, President Evo Morales of Bolivia announced on Sunday that he would call new elections.

The announcement came hours after the Organisation of American States released a preliminary report of its audit of the October 20 vote. It said it would not certify Morales’s victory and that the results should be annulled because of widespread irregularities.

The company that provided vote-counting machines for the election had also disavowed the results.

Speaking in a televised address on Sunday, Morales, the country’s first indigenous leader, called for peace and said he would replace the Electoral Tribunal before holding a new vote in the South American country. He did not specify a date for the repeat election.

The Opposition had criticised the tribunal for its excessive loyalty to Morales, and it had been accused of widespread electoral fraud.

This is a “vote that will allow the Bolivian people to democratically elect their new leaders”, Morales said from his traditional stronghold in the city of El Alto, outside La Paz. “I want to ask everyone to lower all the tension.”

Morales pivoted on Sunday after his grip on power grew tenuous over the weekend, when police units in most of Bolivia’s major cities mutinied and joined antigovernment protesters. The military also distanced itself from the President, saying it would remain neutral in the political crisis.

Lacking the support of security forces, Morales, who came to power in 2006, declared: “A coup is underway.” He called on his supporters to take to the streets to defend his government, raising fears of widespread partisan violence.

He had also urged demonstrators to wait for the results of the audit by the Organisation of American States, whose charter promotes democracy among member organisations in the Western Hemisphere.

The unrest spread to Morales’s stronghold of El Alto by Saturday night, and government supporters and protesters clashed on the streets, according to local news reports. In the countryside, where Morales remains popular with poor farmers, government supporters blocked and attacked with stones several caravans of protesters heading to demonstrations in La Paz.

It was unclear if Morales’s accession to a new vote would pacify the country. Some Opposition leaders previously said that they would not accept a new vote with Morales as candidate.

They had accused the President of illegally changing the Constitution to allow him to run for an unprecedented fourth term. The Opposition also claimed the October vote had been rigged.

The outcome of the vote had been in dispute since election officials released preliminary results that pointed to a runoff between Morales and Carlos Mesa, a former President.

The ballot count suddenly stopped. Election officials did not provide updates for nearly 24 hours, and gave no explanation. When the election results were finally updated, officials reversed themselves and said Morales was leading by 10 percentage points, the margin required to avoid a runoff.

That announcement sent protesters into the streets. The demonstrations continued through Saturday, when tens of thousands of people rallied in Santa Cruz, demanding that Morales resign by Monday.

“The manipulations to the computer systems are of such magnitude that they must be deeply investigated by the Bolivian State to get to the bottom of and assign responsibility in this serious case,” the preliminary OAS report said, according to Reuters.

Mesa said on Sunday that Morales and Vice-President Alvaro Garcia Linera should not preside over the electoral process or be candidates. “If you have an iota of patriotism, you should step aside,” Mesa said in a media conference.