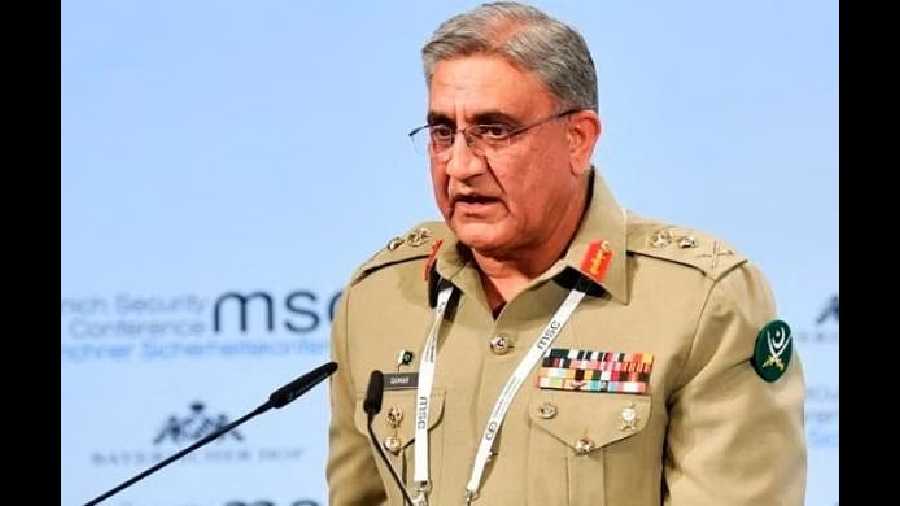 Pakistan Army chief Gen Qamar Javed Bajwa said on Friday that he is retiring in another five weeks and will not be seeking an extension in service, according to a media report.

Prime Minister Shehbaz Sharif would pick the new army chief after Gen Bajwa's term is scheduled to end on November 29.

The government has announced that his successor will be appointed in due course and according to the Constitution, Geo TV reported.

Citing unnamed sources, the channel reported that Gen Bajwa said on Friday that he will not seek an extension and retire after five weeks.

Bajwa, who has held the top post of the Pakistan Army for six years, also said that the army will not play any role in politics.

He was initially appointed in 2016, but after three years of tenure, the then government of Imran Khan in 2019 extended his service for another three years.

In September, former prime minister Imran Khan had said that Gen Bajwa should be given another extension until the new government is elected, while reiterating calls for early elections.

Speculation was rife that he may get another term after his meeting with Pakistan Muslim League Nawaz (PML-N) supremo Nawaz Sharif in London earlier this month.

However, that seems unlikely now.

The appointment of army chief is the sole prerogative of the prime minister and it is perhaps the only time that his verdict is accepted by the powerful army without any ifs and buts.

The upcoming appointment is in the headlines for all wrong reasons.

When Khan was in power, the opposition accused him of trying to bring an army chief of his choice who could support his alleged agenda of victimising opposition leaders.

Since he lost power in April this year, the equation has changed and now Khan is saying that the coalition government wants to install an army head of its choice to protect looted wealth and steal general elections.

Whatever the political meaning of the rival rhetoric, the fact is that an army chief is seldom a silent spectator of the political games in the country.

The powerful army, which has ruled the coup-prone country for more than half of its 75-plus years of existence, has hitherto wielded considerable power in the matters of security and foreign policy.