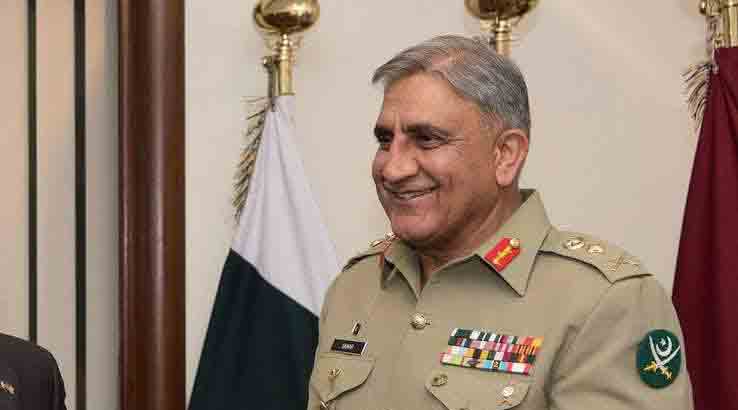 Pakistan Prime Minister Shehbaz Sharif could initiate discussions on the appointment of the next Army chief to replace General Qamar Javed Bajwa by the end of August, and take a decision by mid-September, according to a media report on Tuesday.

Appointed in 2016, the current Chief of Army Staff Gen Bajwa, 61, is set to retire in the last week of November.

The army chief's appointment is meant to be for three years, but Gen Bajwa was given an additional three-year term in 2019 after some political drama. Then-prime minister Imran Khan had given him an extension in August, but the Supreme Court later demanded a legislation on the re-appointment of the services chiefs.

Pakistan's Parliament complied in January 2020, allowing the prime minister to extend the tenure of services chiefs at his discretion. The legislation had, however, fixed 64 as the age at which a service chief must be retired.

Gen Bajwa can therefore be eligible for another term. This technicality had led to speculation that the incumbent may be seeking or interested in another extension. But according to a military source, Gen Bajwa has communicated to those around him that he will retire in November, the report said.

Inter-Services Public Relations, too, has confirmed that the chief is, indeed, retiring.

A senior Pakistan Muslim League-Nawaz (PML-N) leader, who is a member of the federal Cabinet has hinted that Prime Minister Sharif could initiate discussions on the appointment of the next Army chief by the end of August, and pos s ibly take a decision by mid-September, the Dawn newspaper reported.

The general perception is that he will consult his allies in the ruling coalition before making a final call.

A source in the Pakistan Peoples Party, however, suggested that the party may not want to get involved as it is the prime minister's prerogative to make the decision.

According to Article 243(3) of the Constitution, the president appoints the services chiefs on the recommendation of the prime minister.

The tradition is that General Headquarters (GHQ) sends a list of the four to five senior-most lieutenant-generals, along with their personnel files, to the Ministry of Defence, which then forwards them to the prime minister to pick the officer he finds best suited to the role.

The credentials of the generals are then deliberated either at the Prime Minister's Office or in the cabinet. The matter comes down to the prime minister's informal consultation' with the outgoing army chief, his own perceptions and his discussions with his closest advisors, the report said.

Four of the six top Lt-Gens at the time of Gen Bajwa's retirement will be from the same batch, while a fifth is senior to almost the entire lot, the report said.

Lt Gen Sahir Shamshad Mirza and Lt Gen Azhar Abbas are among the six potential frontrunners who can replace Gen Bajwa as the next chief of Pakistan's Army, according to the report.

Lt-Gen Mirza is the senior-most amongst the four candidates belonging to the same batch. He hails from the Sindh Regiment; the same parent unit as the outgoing CJCSC, Gen Nadeem Raza.

Lt-Gen Abbas is the most experienced in Indian affairs among the current brass.

Currently, he is the chief of general staff (CGS), effectively running the army with direct oversight of both operations and intelligence directorates at GHQ.

Prior to that, he commanded the Rawalpindi-based but Kashmir-centric and politically-significant X Corps, which indicates that he enjoys the complete trust of the present Army chief.

It was during his time as commander X Corps that the Indian and Pakistani armies reached an understanding on respecting the 2003 ceasefire agreement along the Line of Control, and it was Lt-Gen Abbas's job to ensure compliance on it, the report said.