The envoy had been invited to visit ‘privately, publicly or secretly’ 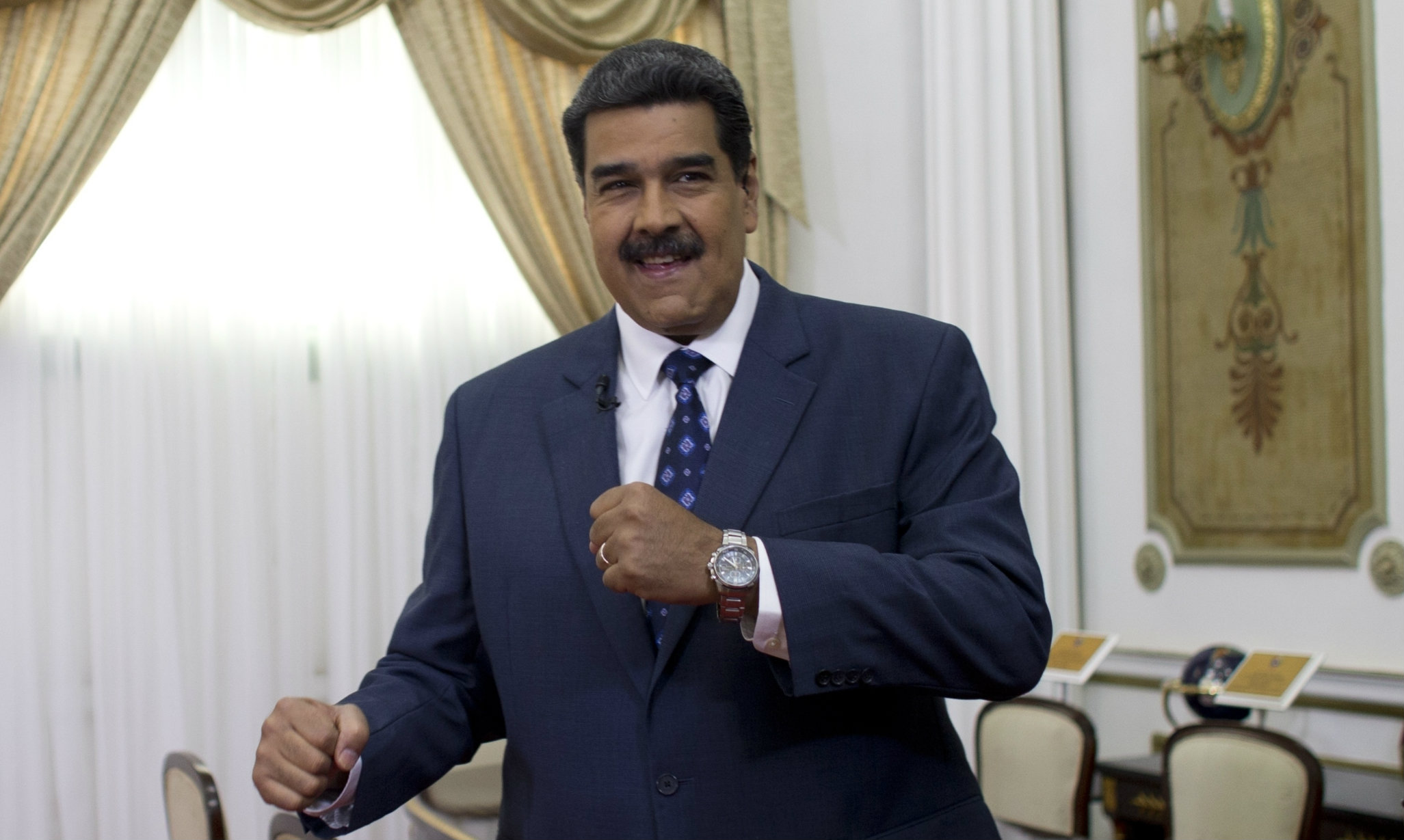 A month into Venezuela's high-stakes political crisis, President Nicolas Maduro revealed in an AP interview that his government held secret talks with the Trump administration and predicted he would survive an unprecedented global campaign to force his resignation.

While harshly criticising President Donald Trump's confrontational stance toward his socialist government, Maduro said on Thursday that he holds out hope of meeting the US President soon to resolve a crisis triggered by America's recognition of opponent Juan Guaido as Venezuela's rightful leader.

Maduro said that during two hushed meetings in New York, his foreign minister invited the Washington-based special envoy for Venezuela, Elliott Abrams, to come to visit 'privately, publicly or secretly'.

'If he wants to meet, just tell me when, where and how and I'll be there,' Maduro said without providing more details. He said both New York meetings lasted several hours.

A senior administration official in Washington who was not authorized to speak publicly said US officials were willing to meet with 'former Venezuela officials, including Maduro himself, to discuss their exit plans'.

Venezuela is plunging deeper into a political chaos triggered by the US demand that Maduro step down a month into a second presidential term that the US and its allies in Latin America consider illegitimate. His opponent, the 35-year-old Guaido, burst onto the political stage in January in the first viable challenge in years to Maduro's hold on power.

As head of Congress, Guaido declared himself interim President on January 23, saying he had a constitutional right to assume presidential powers from the 'tyrant' Maduro. He has since garnered broad support, calling massive street protests and winning recognition from the US and dozens of nations in Latin America and Europe who share his goal of removing Maduro.

The escalating crisis is taking place against a backdrop of economic and social turmoil that has led to severe shortages of food and medicine that have forced millions to flee the once-prosperous OPEC nation.

Abrams's appointment as special envoy last month signaled the Trump administration's determination to take a tougher line on Venezuela. The hawkish former Republican diplomat was a major voice pushing for the ouster of Manuel Noriega in Panama in the 1980s and also was convicted for withholding information from the US Congress during the infamous Iran-Contra affair. He also played a leading role in managing the US's tepid response to a brief coup that toppled Hugo Chavez in Venezuela in 2002.

Two senior Venezuelan officials who were not authorised to discuss the meetings publicly said the two encounters between Abrams and Foreign Minister Jorge Arreaza came at the request of the US.

The first one on January 26 they described as hostile, with the US envoy threatening Venezuela with the deployment of troops and chastising the Venezuelan government for allegedly being in league with Cuba, Russia and Hezbollah.

When they met again this week, the atmosphere was less tense, even though the February 11 encounter came four days after Abrams said the 'time for dialogue with Maduro had long passed'. During that meeting, Abrams insisted that severe US sanctions would oust Maduro even if Venezuela's military stuck by him.

Abrams gave no indication the US was prepared to ease demands Maduro step down. Still, the Venezuelans saw the meetings as a sign there is room for discussion with the Americans despite the tough public rhetoric coming from Washington.

At turns conciliatory and combative, Maduro said all Venezuela needs to rebound is for Trump to remove his 'infected hand' from the country that sits atop the world's largest petroleum reserves.

He said US sanctions on the oil industry are to blame for mounting hardships even though shortages and hyperinflation that economists say topped 1 million percent long predates Trump's recent action.

The sanctions effectively ban all oil purchases by the US, which had been Venezuela's biggest oil buyer until now. Maduro said he will make up for the sudden drop in revenue by targeting markets in Asia, especially India, where the head of state-run oil giant PDVSA was this week negotiating new oil sales.

'We've been building a path to Asia for many years,' he said. 'It's a successful route, every year they are buying larger volumes and amounts of oil.'

At a petroleum conference in New Delhi, Venezuela's oil minister Manuel Quevedo suggested the country was open to a barter system with India to get around US sanctions.

'We do not have any barter system with Venezuela. Commercial considerations and related factors will determine the value of trade,' India's ministry of external affairs spokesperson Raveesh Kumar said in response to the Venezuelan officials' comments.

Maduro also cited the continued support of China and especially Russia, which has been a major supplier of loans, weapons and oil investment over the years. He said that the antagonistic views taken by Trump and Russian President Vladimir Putin runs the risk of converting the current crisis into a high-risk geopolitical fight between the US and Russia that recalls some of the most-dangerous brinkmanship of the Cold War.

Amid the mounting pressure at home and abroad, Maduro said he won't give up power as a way to defuse the standoff.

He also reiterated a refusal to allow humanitarian aid, calling boxes of US-donated food and pediatric supplies sitting in a warehouse on the border in Colombia mere 'crumbs' after the US administration froze billions of dollars in the nation's oil revenue and overseas assets.

'They hang us, steal our money and then say 'here, grab these crumbs' and make a global show out of it,' said Maduro.

His comments came hours after British billionaire Richard Branson announced in a video that he'll be hosting a concert in the Colombian border town of Cucuta in hopes of raising $100 million to buy humanitarian supplies for Venezuelans.

'With dignity we say 'No to the global show,'' said Maduro. 'Whoever wants to help Venezuela is welcome, but we have enough capacity to pay for everything that we need.'

Opponents say the 56-year-old former bus driver has lost touch with his working-class roots, accusing him of ordering mass arrests and starving Venezuelans while he and regime insiders — including the top military brass — line their pockets through corruption.

But Maduro shrugged off the label of 'dictator,' attributing it to an ideologically driven media campaign by the West to undermine the socialist revolution started by Chavez.

He said he won't resign, seeing his place in history alongside other Latin American leftists from Salvador Allende in Chile to Jacobo Arbenz in Guatemala who in decades past had been the target of US-backed coups.

'I'm not afraid,' he said, adding that even last year's attack on him with explosives-laden drones during a military ceremony didn't shake his resolve. 'I'm only worried about the destiny of the fatherland and of our people, our boys and girls....this is what gives me energy.'