The sanctions particularly hurt Iran’s oil industry, a source of hard currency for its anemic economy 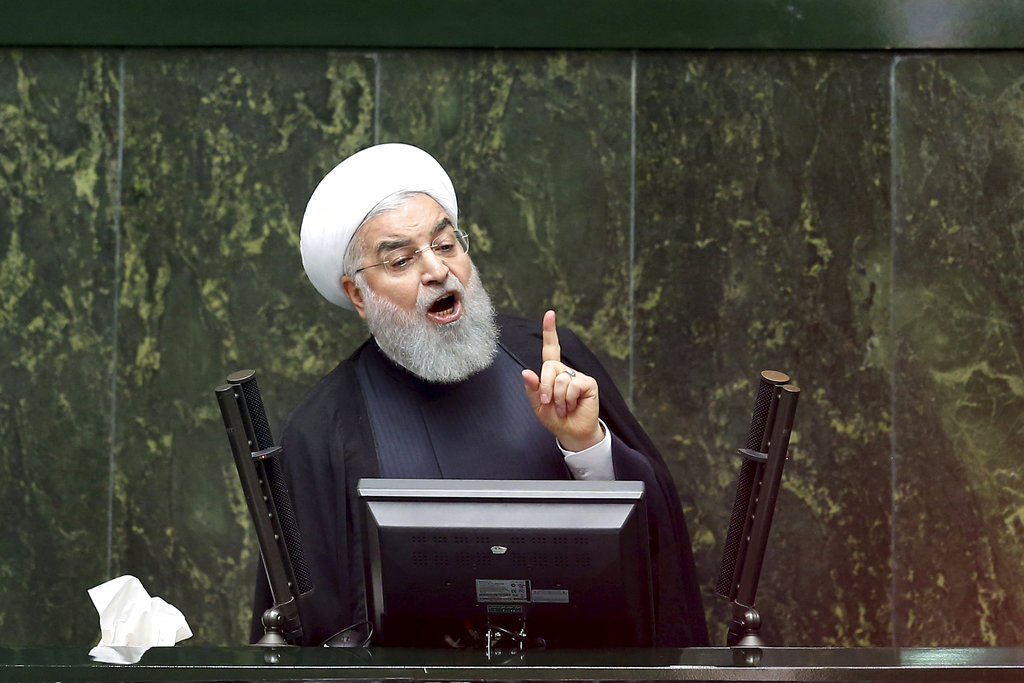 Iran greeted the re-imposition of US sanctions on Monday with air defence drills and an acknowledgement from President Hassan Rouhani the nation faces a “war situation”, raising Mideast tensions as America’s maximalist approach to the Islamic Republic takes hold.

The sanctions end all the economic benefits America granted Tehran for its 2015 nuclear deal with world powers, though Iran for now continues to abide by the accord that saw it limit its enrichment of uranium. While for now not threatening to resume higher enrichment, Iranian officials in recent months have made a point to threaten that could resume at any time faster than before.

The new American sanctions particularly hurt Iran’s vital oil industry, a crucial source of hard currency for its anemic economy. Its national currency has plummeted over the last year, sending prices for everything from mobile phones to medicine skyrocketing. “Today, Iran is able to sell its oil and it will sell,” Rouhani vowed on Monday as the sanctions kicked in.

The drill was to continue through Tuesday. Iranian army general Habibillah Sayyari said both the national army and the country’s paramilitary Revolutionary Guard were taking part in the exercise.


We are confronting a bullying enemy. We have to stand to win.
- Hassan Rouhani


Rouhani, meanwhile, pledged to government officials in comments aired on state TV that Iran would overcome the sanctions. “We are in the war situation, “ Rouhani said. “We are in the economic war situation. We are confronting a bullying enemy. We have to stand to win.”

Iran is already in the grip of an economic crisis. Its national currency, the rial, now trades at 145,000 to one US dollar, down from when it traded 40,500 to $1 a year ago. The economic chaos sparked mass anti-government protests at the end of last year which resulted in nearly 5,000 reported arrests and at least 25 people being killed. Sporadic demonstrations still continue.

The US says the sanctions are not aimed at toppling the government, but at persuading it to radically change its policies, including its support for regional militant groups and its development of long-range ballistic missiles.