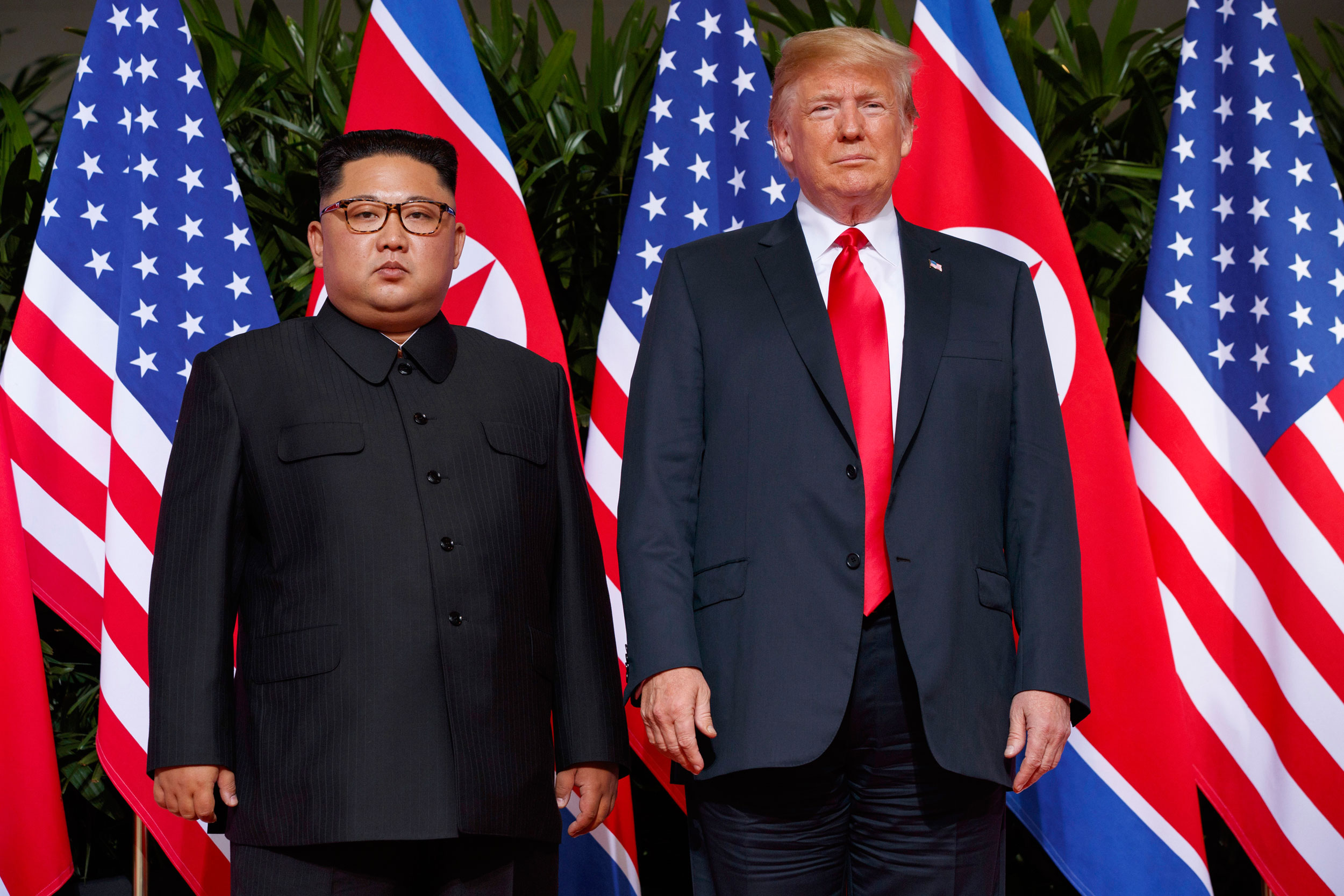 North Korea has warned it could revive a state policy aimed at strengthening its nuclear arsenal if the United States does not lift economic sanctions against the country.

The statement released by the foreign ministry on Friday evening came amid a sense of unease between Washington and Seoul over the use of sanctions and pressure to get the North to relinquish its nuclear programme.

The ministry said North Korea could bring back its 'pyongjin' policy of simultaneously advancing its nuclear force and economic development if the US doesn't change its stance.

The North came short of threatening to abandon the ongoing nuclear negotiations with the US. It accused Washington of derailing commitments made by North Korean leader Kim Jong Un and President Donald Trump at their June summit in Singapore to work toward a nuclear-free Korean Peninsula, without describing how and when it would occur.

In an interview with Fox News' Sean Hannity on Friday, US secretary of state Mike Pompeo said he plans to talk next week with his North Korean counterpart, apparently referring to senior North Korean official Kim Yong Chol.

Pompeo did not provide the location and date for the meeting, which will likely be focused on persuading North Korea to take firmer steps toward denuclearisation and setting up a second summit between Trump and Kim Jong Un.

'A lot of work remains, but I'm confident that we will keep the economic pressure in place until such time as Chairman Kim fulfils the commitment he made to President Trump back in June in Singapore,' Pompeo said.

The North Korean foreign ministry statement, released under the name of the director of the ministry's Institute for American Studies, said the 'improvement of relations and sanctions is incompatible.'

'The US thinks that its oft-repeated 'sanctions and pressure' leads to 'denuclearisation.' We cannot help laughing at such a foolish idea,' it said.

The ministry described the lifting of US-led sanctions as corresponding action to the North's 'proactive and goodwill measures,' apparently referring to its unilateral suspension of nuclear and intercontinental ballistic missile tests and closure of a nuclear testing ground.

Following a series of provocative nuclear and missile tests last year, Kim shifted to diplomacy when he met with Trump between three summits with South Korean President Moon Jae-in, who lobbied hard to revive nuclear diplomacy between Washington and Seoul.

However, the North has been playing hardball since the summitry, insisting that sanctions should be lifted before any progress in nuclear talks, which fueled doubts on whether Kim would ever deal away a nuclear program he may see as his strongest guarantee of survival.

Ahead of his first summit with Moon in April, Kim said the country should shift its focus to economic development as the 'pyongjin' policy had achieved a 'great victory.'

He also declared that the North would stop nuclear and long-range missile tests. The North dismantled its nuclear testing ground in May, but didn't invite experts to observe and verify the event.

Friday's statement marked the first time the North said it could potentially resume weapons tests and other development activities since Kim signalled a new state policy in April.

'If the US keeps behaving arrogantly without showing any change in its stand, while failing to properly understand our repeated demand, the DPRK may add one thing to the state policy for directing all efforts to the economic construction adopted in April and as a result, the word 'pyongjin' may appear again,' the statement said, referring to North Korea by its official name, the Democratic People's Republic of Korea.

Moon has described inter-Korean engagement as crucial to resolving the nuclear standoff. A large number of South Korean CEOs accompanied Moon in his September visit to Pyongyang, when he and Kim agreed to normalize operations at a jointly run factory park and resume South Korean visitors' travel to the North when possible, voicing optimism the international sanctions could end and allow such projects.

But South Korea's enthusiasm for engagement with its rival has also created discomfort in the United States amid growing concerns that the North is dragging its feet with its promise to denuclearize. South Korea last month walked back on a proposal to lift some of its unilateral sanctions against North Korea to create diplomatic space following Trump's blunt retort that Seoul could 'do nothing' without Washington's approval.