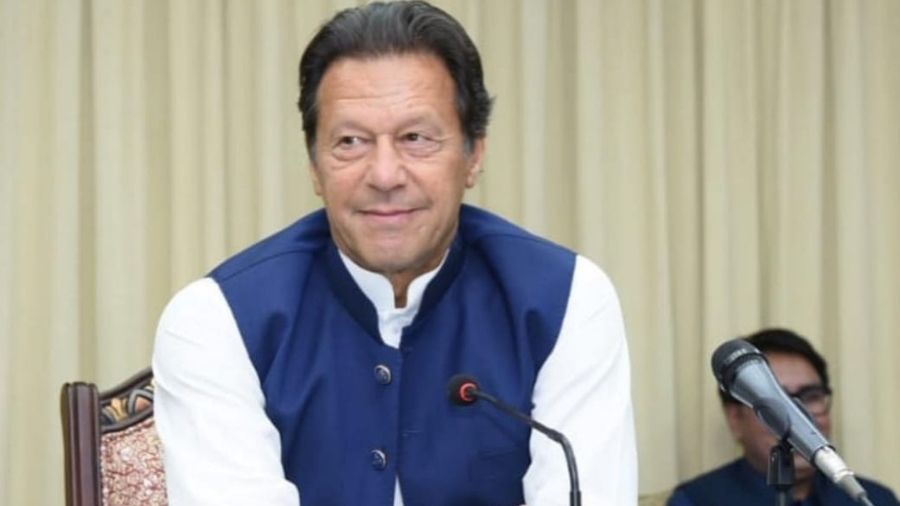 Pakistan's ousted prime minister Imran Khan has once again heaped praise on India for pursuing an "independent foreign policy" and lauded Foreign Minister S. Jaishankar for standing firm to the sustained US pressure over buying cheap oil from Russia.

While addressing a rally here on Saturday, on the eve of the country's 75th Independence Day, Khan said that while India bought oil from Russia because it was in its people's interest, the current dispensation under Shehbaz Sharif said Pakistan couldn't survive without Washington's support.

"If India which got independence at the same time as Pakistan and if New Delhi can take a firm stand and make their foreign policy as per the need of its people then who are they (Prime Minister Shehbaz Sharif government) who are towing the line," Khan said at the rally.

Khan, the 69-year-old cricketer-turned-politician was voted out of power last month through a no-confidence motion, which he alleges was masterminded by the US with the help of local players over his pursuance of an independent foreign policy.

This is not the first time that the Pakistan Tehreek-e-Insaf party chairman has praised India for pursuing an independent foreign policy.

In May, Khan praised India for pursuing its "independent" foreign policy and said the US cannot dare to dictate to India because it is a free country.

"India's foreign minister was told by them (referring to the US) not to buy oil from Russia. He (Jaishankar) categorically told them Who are you to tell us what to do'. The Indian foreign minister told them if Europe is buying gas from Russia...who are you to tell us (India) not to buy oil from Russia," Khan said, while asserting that India is a sovereign country and has the courage to protect the interest of its people.

Jaishankar had made the following remarks at the GLOBSEC 2022 Bratislava Forum in Slovakia in June on the topic 'Taking Friendship to the Next Level: Allies in the Indo-Pacific Region'.

Khan also slammed the Sharif government for bowing down to US pressure on buying Russian oil.

"India forms it's (foreign) policy keeping in view the interest of its people but those who are imposed on us (Sharifs and Zardaris) they watch only their interests," he said, adding that if India can safeguard the interests of its people, why cannot the Pakistani government do the same?

Khan also regretted that he wanted to buy cheap oil from Russia to benefit the poor, but his government was sent packing through a conspiracy hatched by the US and its three stooges -- Sharif, Asif Zaradri and Fazlur Rehman.

Khan said that he is not "anti-American and wants a "friendly relationship with the US, instead of becoming their "slave.

Khan said he had enjoyed "good ties with former US president Donald Trump as he was "respectable during his visit to the US.

"Ask anyone from the Pakistan-American community they will testify that no one before me had gotten the protocol that Trump gave to me, he claimed.

During the rally, Khan shared his party's "roadmap for Haqeeqi Azadi (real freedom) to counter the federal government and push towards early elections.