EU's Donald Tusk calls on Theresa May to delay Brexit

May insists that she can deliver on the set date, however massive the challenge 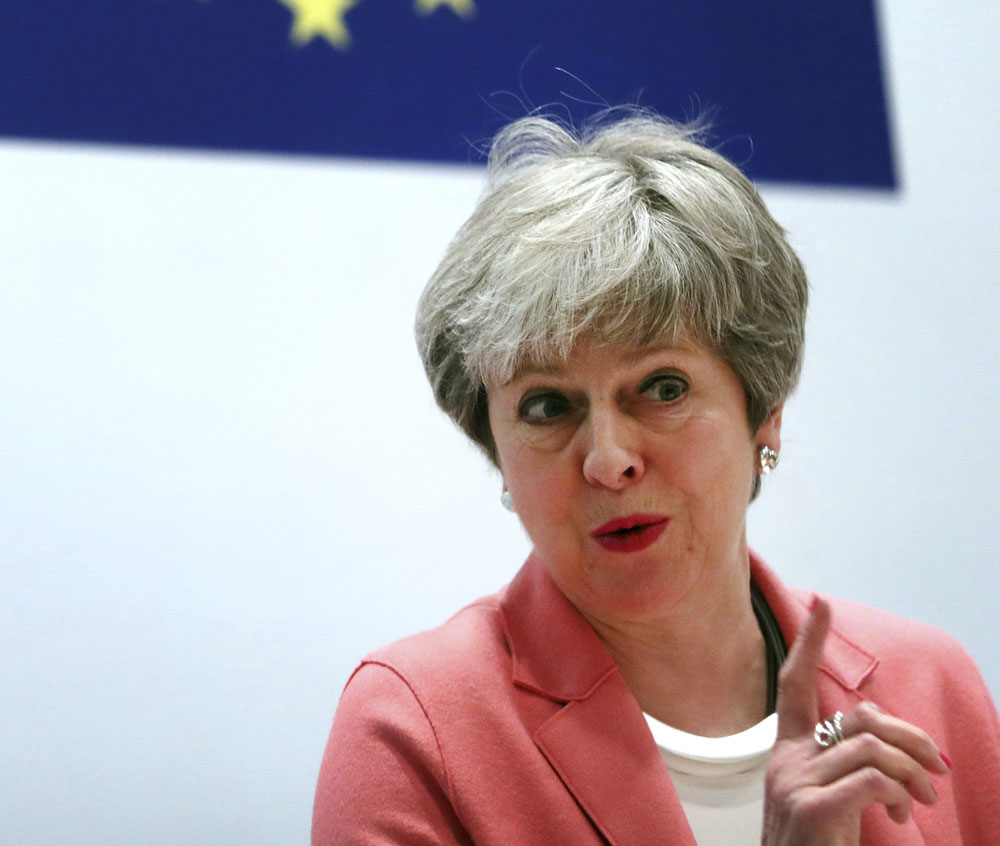 After nearly two years of bitter talks on the departure of Britain from the European Union, there's now even disagreement between the two on when Brexit should actually take place.

While EU Council President Donald Tusk said Monday that it would be 'rational' for the March 29 Brexit date to be extended, British Prime Minister Theresa May reiterated her opposition to any delay.

Tusk warned that the chances of a withdrawal agreement being concluded in time are receding, and with businesses fearing a chaotic and costly cliff-edge departure, sticking by the planned Brexit date would be too risky.

'I believe that in the situation we are in, an extension would be a rational solution,' Tusk told reporters at an EU-Arab League summit in Egypt, acknowledging that he and British Prime Minister Theresa May had discussed prolonging the negotiations.

He said 'all the 27 (member states) will show maximum understanding and goodwill' to make possible such a postponement — a decision that would require a unanimous vote from them.

May insisted she could deliver on the set date, however massive the challenge.

'It is within our grasp to leave with a deal on 29th of March and I think that that is where all of our energies should be focused,' May said.

May met several EU leaders separately over two days at the summit in the Red Sea resort of Sharm El-Sheikh.

And Dutch Prime Minister Mark Rutte warned her against 'sleepwalking' into a chaotic Brexit next month and that it was time for Britain to step up and clinch a deal.

'It's absolutely unacceptable. And I think your best friends have to warn you for that,' Rutte told the BBC. 'Wake up. This is real.'

Britain's Parliament has rejected the deal once, and May has over a month to get it approved by lawmakers before the UK's scheduled departure day.

May says a new vote won't be held this week and could come as late as March 12.

UK lawmakers' objections to the Brexit deal center on a provision for the border between the UK's Northern Ireland and EU member Ireland. The mechanism, known as the backstop, is a safeguard that would keep the UK in a customs union with the EU in order to remove the need for checks along the Irish border until a permanent new trading relationship is in place.

May wants to change the deal to reassure British lawmakers that the backstop would only apply temporarily.

But EU leaders insist that the legally binding Brexit withdrawal agreement, which took a year and a half to negotiate, can't be reopened.

A group of British lawmakers will try this week to force the government to delay Brexit rather than see the country crash out of the bloc without a deal. They want Parliament to vote Wednesday to extend the negotiating process.

Labour lawmaker Yvette Cooper, one of those behind the move, said it was irresponsible of the government that just a few weeks before Brexit 'we still don't know what kind of Brexit we are going to have and we're not even going to have a vote on it until two weeks before that final deadline.'