Those included in the group are bus conductors, drivers, hawkers, and health workers' families, among others 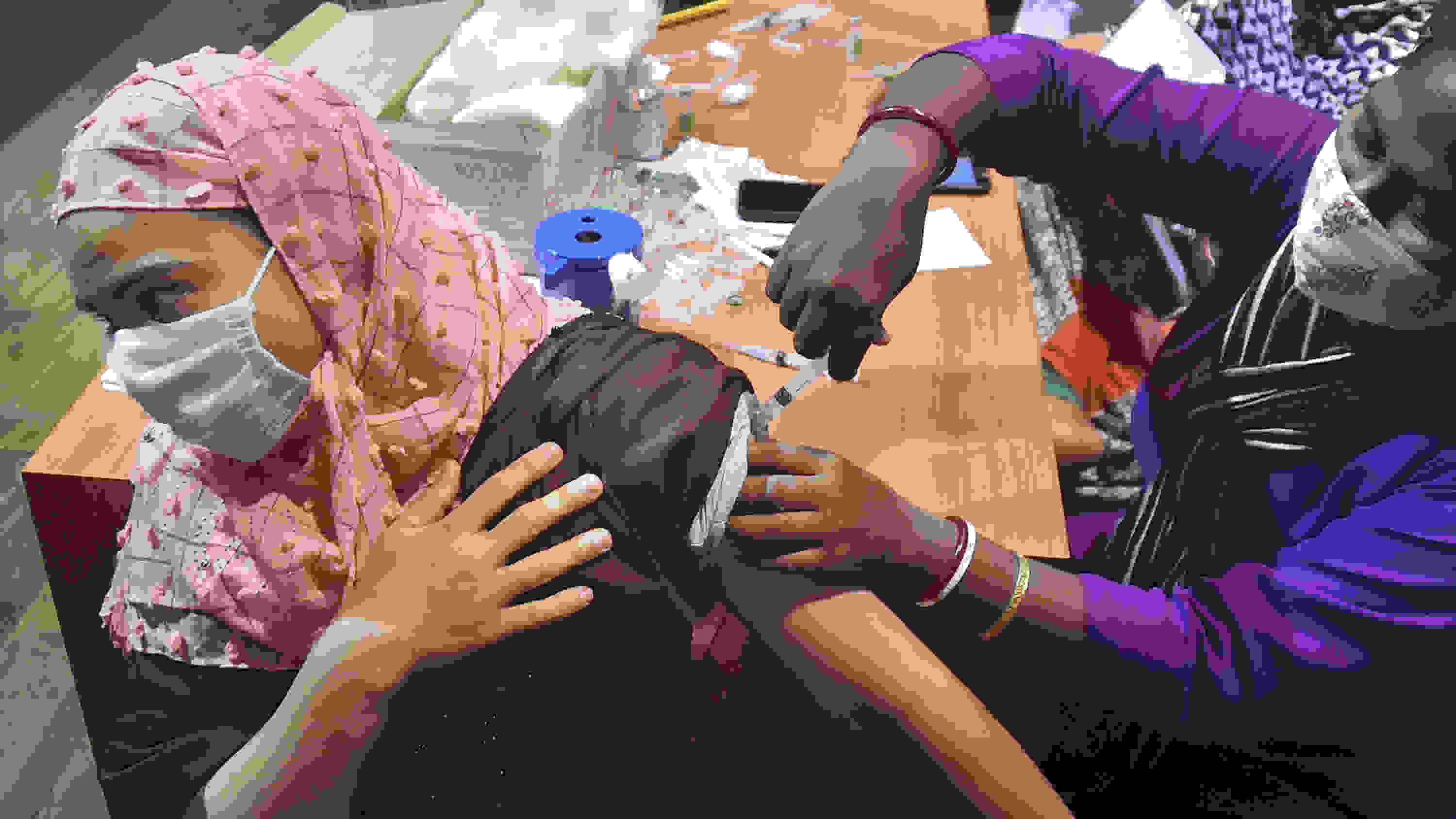 The West Bengal government announced that there will be no universal vaccination beginning Monday, due to a shortage of doses. Those in the 18+ age group won't be inoculated unless they are in "priority groups", the administration informed.

"There aren't enough vaccines for all in the 18+ years age group," an official told NDV. People included in the "priority group" are bus conductors, drivers, hawkers, and health workers' families, among others.

The decision to restrict vaccination is to also to avoid overcrowding at government hospitals, officials informed.

The state has infrastructure ready to provide shots to up to 5 lakh people a day. It is already vaccinating over 2 lakh; depending on supplies, it may increase this to 3 lakh persons, officials said. There is no major change in the number of vaccination centres or personnel being deployed, the Directorate of Health Services has said.