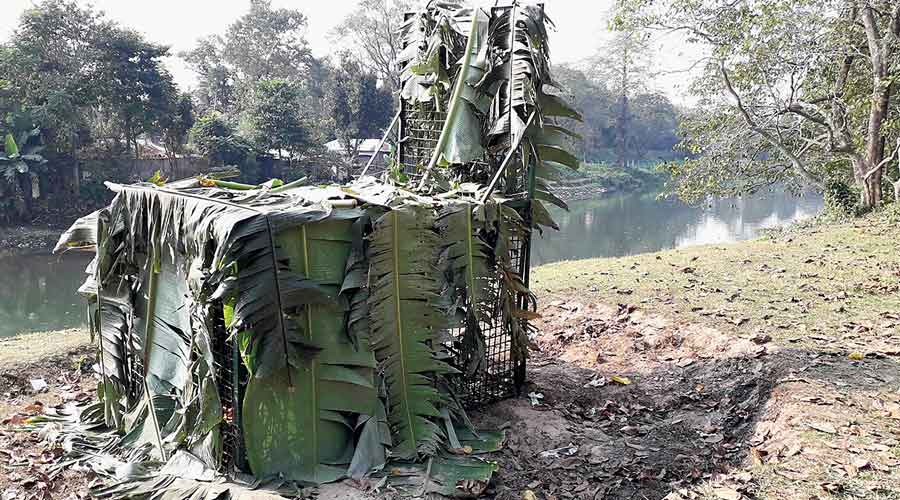 The state forest department has laid a trap at Jubilee Park on the Teesta river bank here to capture the Himalayan black bear that is suspected to have sneaked into Jalpaiguri town on Tuesday.

Sources said teams from four-five wildlife squads had been deployed to trap the bear that seems to be hiding somewhere in the vegetation cover of the town. A cage has been placed at Jubilee Park on the Teesta river bank near Collectorate Avenue, a prominent thoroughfare of the town, and officials are monitoring CCTV cameras across Jalpaiguri to locate the animal.

On Tuesday, employees of Teesta Udyan — a park located on the Karala river bank and run by the forest department — noticed pugmarks of the animal. In the evening, the bear’s movement was caught on a CCTV camera at the park. The foresters alerted the police and the local civic body, and residents of the town were warned through public distribution system.

“We have asked people to stay indoors. Also, morning walkers should be alert and it is better that they abstain from moving out in the wee hours,” said Saikat Chatterjee, a member of the board of administrators of Jalpaiguri municipality.