The suspects had allegedly abused, tortured and forced the woman rescued last year into prostitution 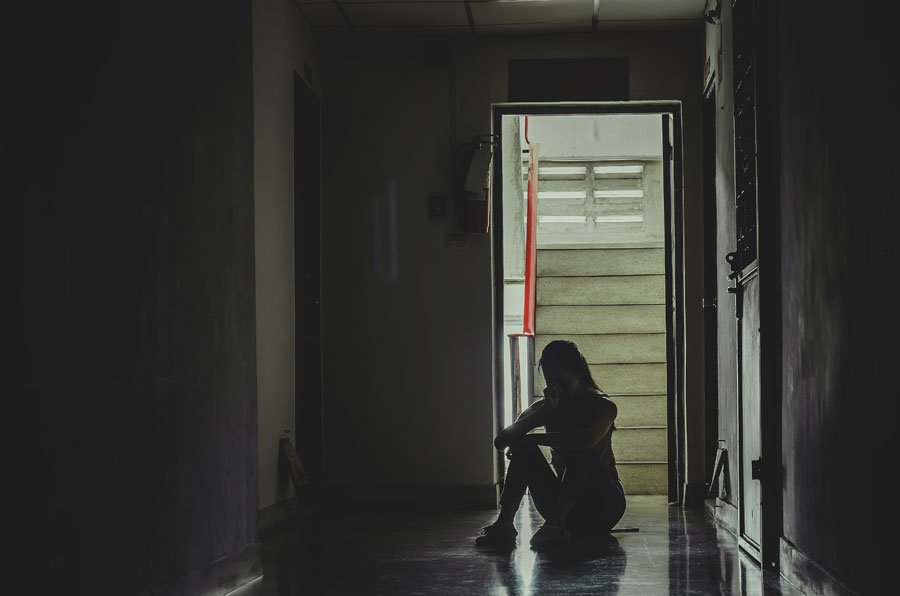 A woman from South 24-Parganas was rescued from a brothel in Pune’s Budhwar Peth area in February 2019.

A year later, she was instrumental in helping a police team conduct a raid on the same place and rescue over 20 women from Bengal, two of them minors.

Four persons — a couple who allegedly owned the place and two others who are said to be their associates — were arrested in the raid on February 23 this year.

The suspects had allegedly abused, tortured and forced the woman rescued last year into prostitution after she was trafficked to Pune in 2018 by a person who lured her with the promise of an “easy loan”.

During the raid, the survivor had her face veiled for safety. But at the police station, she removed her veil and looked the suspects in the eye.

“I am not scared anymore. They cannot do anything that I have not faced before,” the 25-year-old told Metro.

“Twenty-five women trafficked from Bengal were rescued from the brothel. Two of them are minors. The raid and rescue would not have been possible without the survivor. She identified all the suspects. She has shown exemplary courage,” said Kakali Ghosh Kundu, who heads the police’s anti-human trafficking unit in Baruipur and led the February 23 raid.

The survivor hails from a village that is around an hour’s drive from Canning, in South 24-Parganas, and around 80km from the heart of Calcutta. The poor economic condition of most residents — fishing and farming are the primary and, often, only occupations — makes the area a trafficking hotbed. Often, traffickers are known to their intended victims.

According to the 2017 report of the National Crime Records Bureau (NCRB), Bengal recorded 357 trafficking cases, the second highest in India after Jharkhand. The NCRB report of 2016 had said that human trafficking was highest in Bengal — 3,579. Some activists and NGOs have attributed the sharp drop to the absence of Section 370 (trafficking charge) in the cases prepared by the police.

The survivor was married when she was trafficked in the middle of 2018. She was looking for money to build a small house with her husband and got in touch with a man in the area who “promised her a loan against an identity card”.

“I met the person with an ID proof. He said paperwork at office would take some time and offered me lunch. I ate the food and the next thing I remember was waking up on a train,” the survivor recounted.

She was taken to the brothel and allegedly forced into prostitution. Multiple men would allegedly assault her every day. She eventually managed to contact her mother with the help of a “friendly customer”.

Her mother got in touch with an NGO, which then contacted the police. She was rescued from the brothel along with five other women in a raid in February last year.

The survivor came back to find that her husband had remarried. She went back to her parents. She also started a fightback that finally led to the arrest of the man who had allegedly trafficked her. But he was released on bail a few months later.

“After coming out on bail, he threatened my brother a couple of times. My family members are worried but I am not,” she said.

“It is motivating when survivors not just find the strength to take life head-on, but also find the courage to help others who are going through similar circumstances,” said Saji Philip, the director of operations of the International Justice Mission in Calcutta. The organisation assisted the police in the raid.

The survivor is now part of Bandhan Mukti, which works in tandem with the Canning-based Goranbose Gram Bikash Kendra for the rescue and rehabilitation of trafficked women and girls.

They also monitor instances of girls going missing and connect their families to the right forum so that they can seek help. “I got to schools and community centres to spread awareness on the issue,” she said.

The survivor, who left school in Class VII, is yet to get any compensation from the government. “Life has given me a second chance. I don’t want to waste it and do whatever I can to save women from the worst exploitation,” she said.