Ahead of the Assembly elections in Bengal and Assam, the Centre had announced a sum of Rs 1,000 crore to be allotted for the welfare of women and children in the brew belts of these two states 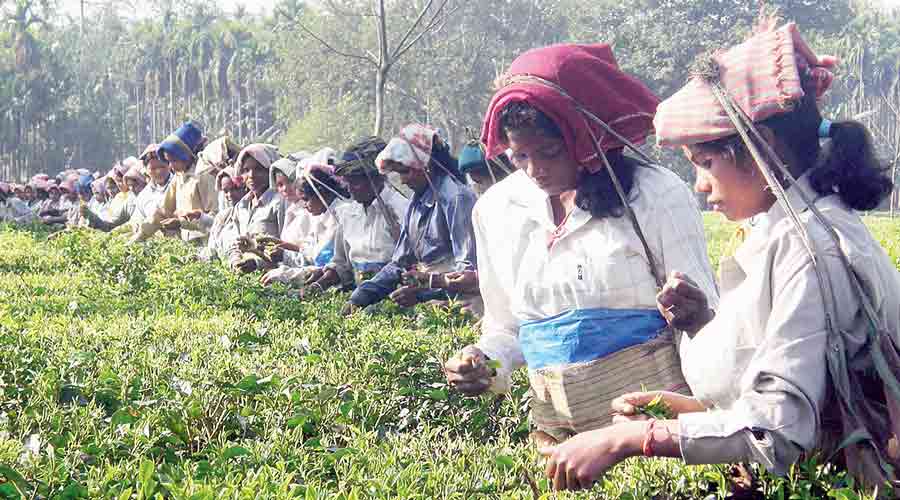 Till a few months back, the Tea Board used to provide financial assistance and stipend to children of tea workers for their education.
File photo.
Our Correspondent   |   Jalpaiguri   |   Published 25.01.22, 02:09 AM

Representatives of the tea planters’ associations on Monday came up with a series of proposals for tea workers and their families at a meeting with the Jalpaiguri district administration on how to utilise funds announced by the Centre last year.

In February 2021, ahead of the Assembly elections in Bengal and Assam, the central government had announced a sum of Rs 1,000 crore to be allotted for the welfare of women and children in the brew belts of these two states. However, the fund has not reached either of these states yet.

Recently, the Centre hinted that the fund would be spent through the respective state governments, before which the states have to collate proposals from tea associations on how to utilise the money.

“On Tuesday, the (Bengal) chief secretary will hold a video conference with district magistrates of the tea producing districts of the state to gather details about prospective projects for which this fund can be used. That is why the district magistrate here spoke with tea associations today (Monday) to know their opinions,” said a source in the Jalpaiguri administration.

At the meeting, representatives of the associations asked for more doctors in the tea gardens and also underscored the need to set up a central hospital for free treatment to the tea population.

“As far as we know, the fund would be spent for over a period of five years. We have asked for a central hospital in the Dooars where tea workers, their families as well as small tea growers and their families can get free treatment,” said Bijoygopal Chakraborty, secretary of the Jalpaiguri Zilla Kshudra Cha Chashi Samiti, an association of small tea growers.

He added that facilities for various pathological and radiological tests should be introduced in block-level hospitals located in the tea belt.

Sanjoy Bagchi, the secretary of the Dooars Branch of the Indian Tea Association, said that till a few months back, the Tea Board used to provide financial assistance and stipend to children of tea workers for their education.

“In recent times, such assistance has stopped. We feel that funds should be allocated for this purpose and we will soon come up with a comprehensive proposal on what state and the central governments should do for the tea workers,” said Bagchi.

Representatives of some other associations at the meeting said that nowadays it had become tough for tea companies to find a qualified doctor who was willing to work in the tea estates.

“The state health department can help us on this issue. Also, it is necessary to arrange vocational training for youths in tea estates,” said Sumit Ghosh, the secretary of the north Bengal branch of the Tea Association of India.

Other proposals that came up during the meeting included introduction of mobile health service and improvement of schools, ICDS centres and crèches located in tea estates.

Jalpaiguri district magistrate Moumita Godara Basu said they had taken note of all the proposals at the meeting.

“On Tuesday, we will apprise the state government on the proposals for the utilisation of the fund for the welfare of tea workers and their families,” she said.