The planters are reluctant to raise the staff’s wages 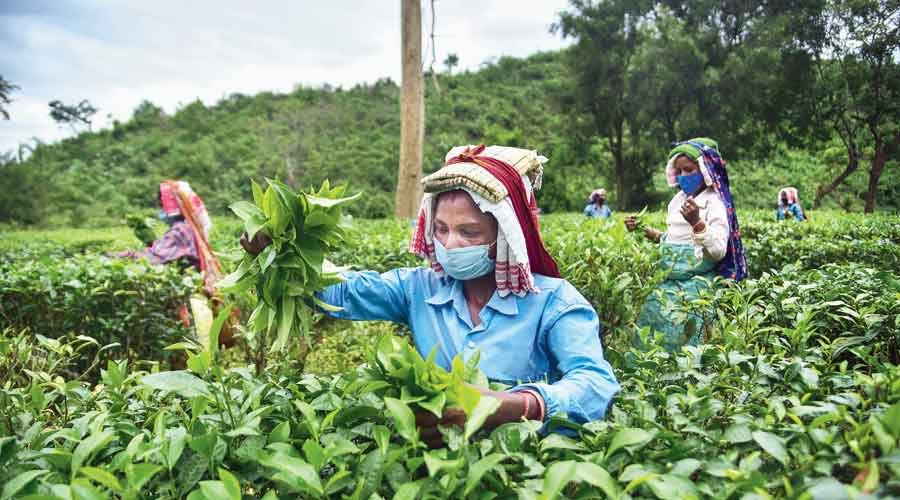 The staff and sub-staff serving in the tea gardens of north Bengal have decided to observe ceasework for five hours each from August 2 to 4 for immediate revision of their salaries.

They had observed a ceasework of three-and-a-half hours on Saturday under the banner of the West Bengal Tea Employees’ Association. Those employees number around 10,000 in north Bengal. The next month’s ceasework will be from 7am to 12pm.

“If tea planters do not pay heed to our demand, we will observe ceasework during these three days. Since 2014, there hasn’t been any proper revision of our salaries,” said Partha Lahiri, the general secretary of the Association.

But the planters are reluctant to raise the staff’s salaries.

It was since last September that the employees have launched the movement on the issue of salary revision.

“At that time, representatives of tea planters’ associations had told us to refrain from movement because the negotiation on bonus was going on. We were told that they would hold talks with us on the issue but till date, it has remained unaddressed,” he added.

The planters however, pointed out that in January this year, all these employees have been provided with an interim hike of 15 per cent, at the same time when the wages of workers were also revised.

The employees, however, are not ready to buy the theory. “Earlier, our salaries were fixed through agreements which would remain effective for three years. This means, we have missed two such revisions as two agreements were supposed to be signed in the past six years, that is, since 2014.

There had been an interim hike, but if we consider the earlier rates of revision, a sub-staff is losing around 4,500 rupees in each month while a staff is bearing a minimum loss of 7,000 rupees per month as per our estimation,” said a representative of the association.