Advertisement
Home / West-bengal / Surge for Trinamul, travel woes for those not headed for rally

Surge for Trinamul, travel woes for those not headed for rally 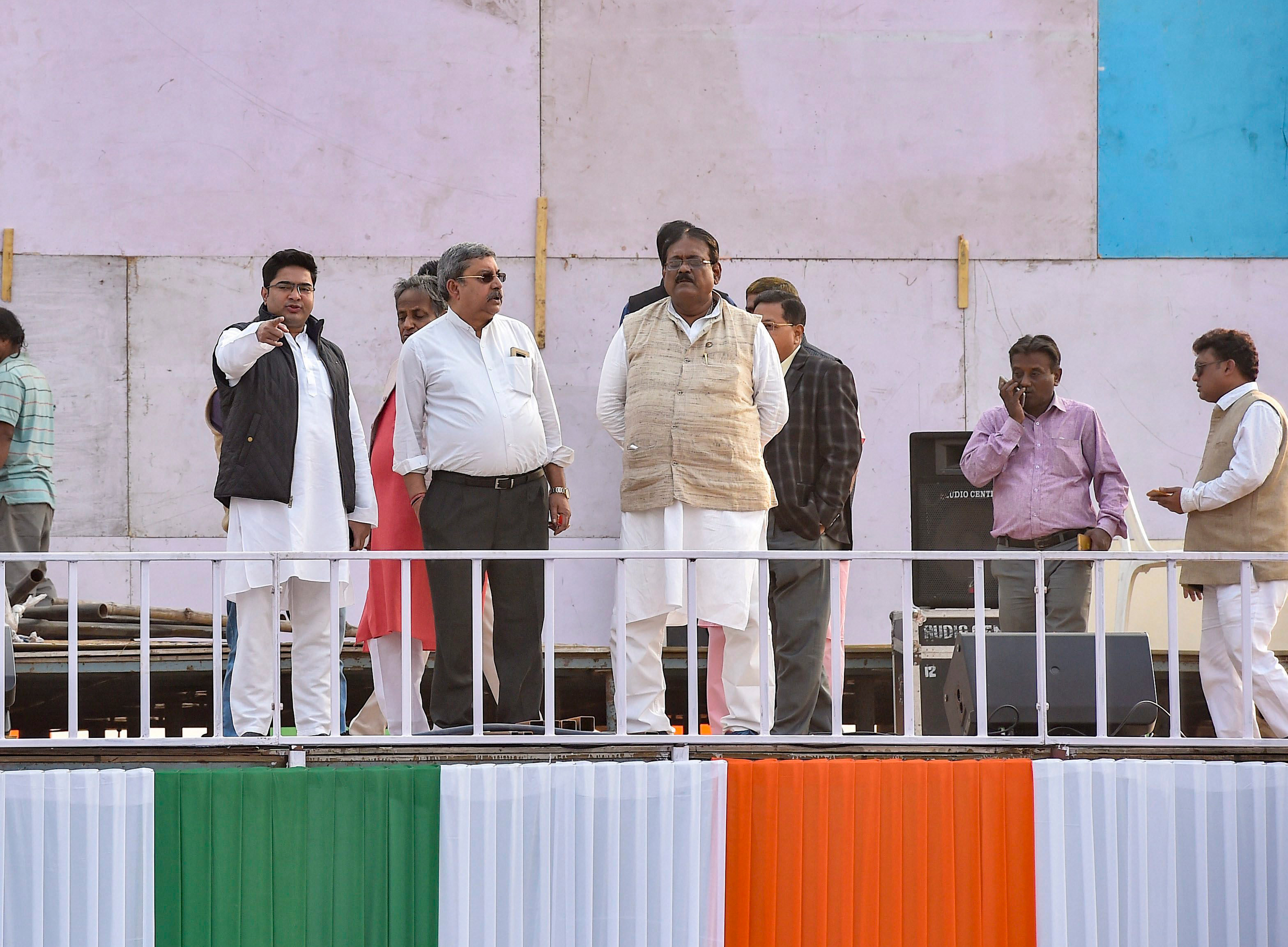 Lakhs of Trinamul supporters and workers have started flocking to Calcutta from south Bengal for Saturday’s Brigade rally.

Most buses and cars in the south districts have been hired to ferry rally supporters, crippling transport in rural areas. Lakhs are taking trains.

Abdul Aziz, a high school teacher at Behrampore in Murshidabad, said: “My school in Jalangi is 50km from my home. On Saturday, I will have to go there by motorcycle as there will be very few buses.”

Anubrata Mondal, the Birbhum Trinamul chief, expects 5 lakh people from his district at the rally. “Around 2.5 lakh people from Birbhum have reached Calcutta till Friday. At least two lakh more will reach there by Saturday morning.”

Some passengers on the Azimganj-Howrah Ganadevta Express on Friday complained that Trinamul supporters had occupied their seats.

Later, other passengers and rail police persuaded the party workers to vacate the seats.

Trinamul leaders in Murshidabad said 1.5 lakh people were headed to the rally. Ashok Das, vice-president of Trinamul in Murshidabad, said: “All block chiefs have been asked to take care of party workers going to Calcutta.” Over a lakh people from East Burdwan and West Burdwan may attend the rally.

From Purulia, over 300 buses left for Calcutta on Friday. District Trinamul president Santiram Mahato said: “People are angry with the BJP-led Centre and want to hear what Mamata Banerjee and other leaders have to say.”

Nadia Trinamul chief Gourishankar Dutta said he expected over a lakh supporters from his district at the rally.