Students given 1 lakh seeds in effort to turn Calcutta green 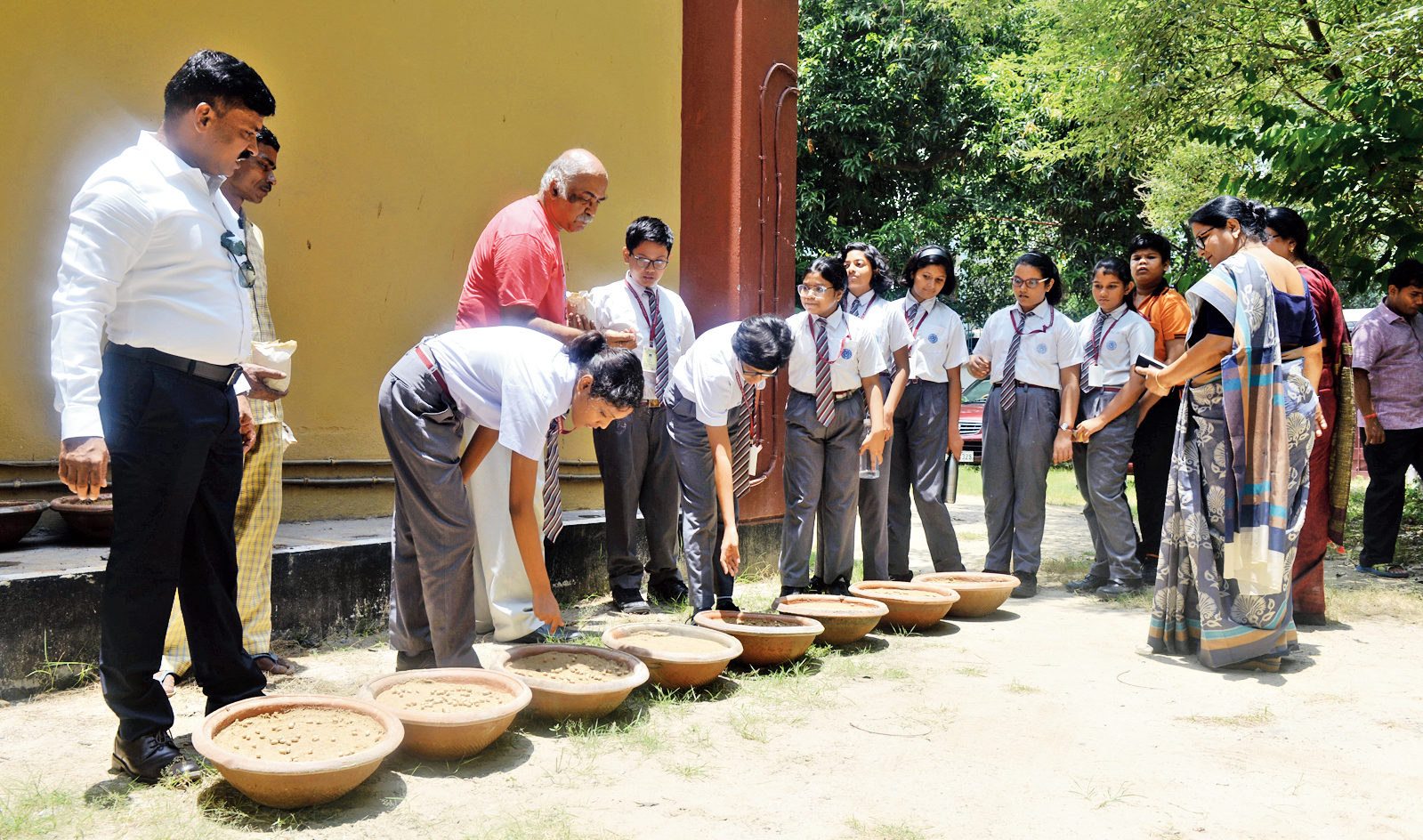 A 62-year-old man, who wants to make Calcutta a greener city, distributed one lakh seeds of areca palm on Monday.

Seventy-five thousand seeds were given to students of Bharatiya Vidya Bhavan in Salt Lake and the rest were planted in tubs and kept on the school campus.

N. Ramesh Chandran, a former accountant, had procured the seeds from the market, dried them, made packets of 100 seeds for distribution on Monday.

“I have seen that 90 per cent of the seeds sprout. If these saplings grow, then imagine how much greener the city will become,” said Chandran.

Chandran also told the students how to nurture the seeds. He said the seeds should be kept in a tub filled with sand and watered every day. The seeds should neither be very dry, nor very moist.

“If it rains well for the next one or one-and-a-half-months, the seeds will sprout. Once they sprouts, they will be planted in small tubs in October. Later, the saplings will be distributed,” said Chandran, who has formed an initiative named Vinisha to work on environmental issues.

If the seeds do not sprout by October, they will be picked up in February.

A member of Vinisha advised people to grow seeds in sand and not soil. This, he said, prevented the roots from getting damaged when the saplings were taken out.

“If you grow the seeds in soil, the roots get torn while taking out the saplings after they sprout,” he said.

S. Kulandaivel, the joint director of Sunderbans Biosphere Reserve, was the chief guest at programme held to distribute the seeds.

G.V. Subramanian, the director of Bharatiya Vidya Bhavan, said Vinisha and the school had distributed 1,000 seeds among students of the primary section a few months ago. He said that about 900 of those seeds had sprouted.

“We had asked the children of the primary section to nourish the seeds. Today (Monday), we showed the students of the secondary section the results and tried to motivate them to take care of the seeds,” he said.

Chandran has already distributed about 1.5 lakh seeds since 2018. He also distributes saplings. “I have prepared saplings of 500 plants and they are lying in my home. I will distribute the saplings soon,” he said.

Most of the saplings are of neem and mahogany trees.

Several environmentalists have complained about depleting tree cover in Calcutta. A resident of Ajoynagar said that in her childhood, the EM Bypass was a road lined with trees. “Now you will not get a tree to stand under during the summer months,” she said.