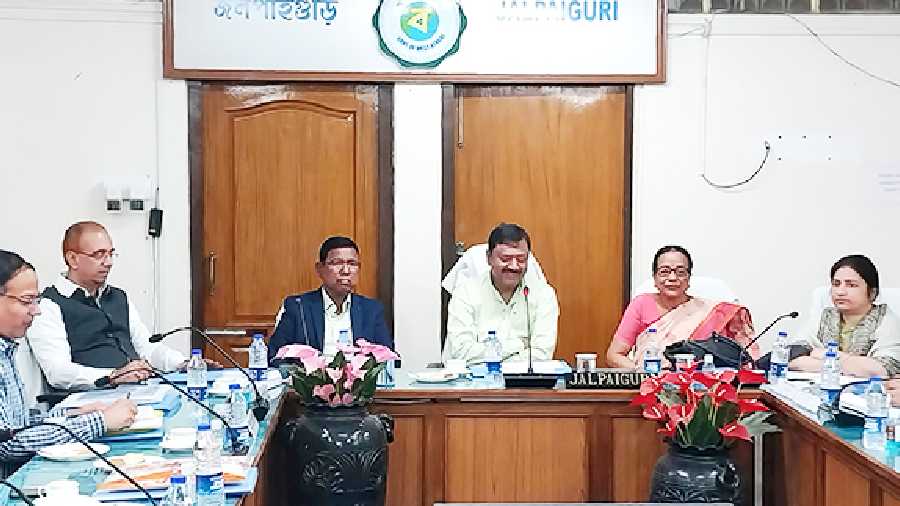 The Trinamul government in the state has recast its focus on the 46-year-old Teesta Barrage Project — the largest irrigation project in north Bengal — and has taken up the task to finish work of some prominent distribution canals which can irrigate hundreds of hectares of farmland.

The move is being seen as a two-fold strategy adopted by Mamata Banerjee’s party ahead of the upcoming panchayat elections.

On one hand, the party intends to prove its sincerity to farmers of this region who have time and again demanded the completion of the project.

On the other hand, it wants to counter the BJP which has often questioned the chief minister’s stand that has halted the signing of the proposed treaty with Bangladesh to share the Teesta’s waters.

Partha Bhowmik, the state irrigation minister, announced in Jalpaiguri on Saturday that they will start construction of two irrigation canals on the left bank of the Teesta which will eventually connect to the river Jaldhaka that flows on the east of the Teesta. This will be funded by the state government. However, the cost estimation is yet to be made.

“We will start the work in January. The work had got delayed over land hurdles, but eventually, we have land required for these canals. Once these canals are ready, around 1,600 hectares of agricultural land in Maynaguri block and 1,960 hectares in Kranti block of Jalpaiguri district will get irrigation,” said Bhowmik.

The Teesta Barrage Project was initiated in 1976, with a project cost of around Rs 70 crore. There was a plan to provide water to around 9.22 lakh hectares across north Bengal.

Till now, irrigation facilities could be given only to around 1.16 lakh acres across north Bengal.

In 2009, the Centre announced Teesta as a national project with an estimated project cost of Rs 3,000 crore. However, in the past 10 years, the state government has time and again said that the Centre is not giving funds for the project. No major work like canal network extension was taken up during this period.

Bhowmik said instructions were passed to the administrations of different districts to clear land hurdles so that unfinished canals could be completed and new ones dug to extend irrigation facilities to more farmers.

His department has also drawn up a plan to make canals channel water of local streams and rivers in parts of Jalpaiguri and Alipurduar. He initiated work on four such canals, which the state government will build with around Rs 3 crore so that water reaches around 726 hectares.

“Around 40,000 farmers will gain from these canals,” said the minister.

Over the past decade, the Teesta project has been in the news not just because of delays but for Mamata Banerjee’s stance against the water-sharing treaty with Bangladesh supposed to be signed in 2011. Mamata said sharing more water with Bangladesh can create a crisis for farmers of north Bengal.

Teesta water-sharing is a key agenda in Bangladesh politics and for Prime Minister Sheikh Hasina who will face elections next year.

The BJP in the past few elections has said that Mamata neither agreed to the treaty with Bangladesh nor did anything to expand Teesta’s irrigation for north Bengal farmers. However, the scenario is likely to change now, opined political observers.