SSC Scam: Partha Chatterjee to be released from AIIMS, Bhubaneswar 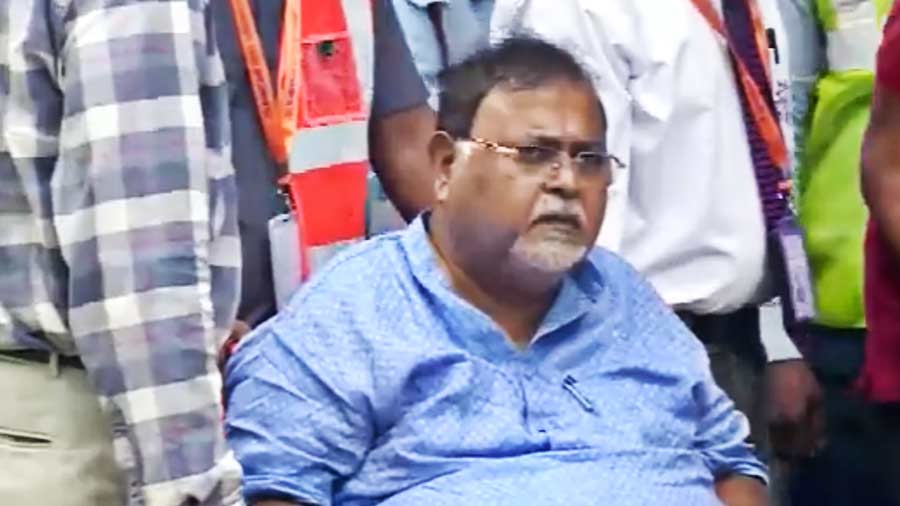 West Bengal minister Partha Chatterjee, arrested in connection with an alleged school jobs scam, was on Monday taken to Odisha in an air ambulance by the Enforcement Directorate (ED) and admitted to AIIMS, Bhubaneswar as per direction of the Calcutta High Court, an official said.

The court on July 24 directed the ED, which had arrested Chatterjee in connection with its probe into the scam, to take him to the health facility by an air ambulance.

"The Bengal minister has been admitted to the private ward after his arrival here. After a screening of his health condition, the minister was taken to a special cabin," an official of the premier medical facility told PTI.

Chatterjee was taken to Bhubaneswar in an air ambulance, an ED official said.

He added that two counsels representing Chatterjee also travelled to the Odisha capital.

Earlier in the day, the Bengal minister was taken to the Kolkata airport in an ambulance from the state-run SSKM hospital, where he was undergoing treatment.

A green corridor was created so that he could reach the airport in around 30 minutes, a Kolkata Police official said.

Chatterjee, who is currently the industries and parliamentary affairs minister of the Mamata Banerjee government, was remanded to ED custody till Monday by a lower court in Kolkata.

He was the education minister when the alleged teacher recruitment scam took place at West Bengal government-run and-aided schools.

The Calcutta HC directed that the minister, be produced before a special ED court in Kolkata through virtual mode at 4 PM on Monday.