During the preliminary inquiry, it has been found that 31 huts were completely gutted, while some were partially damaged 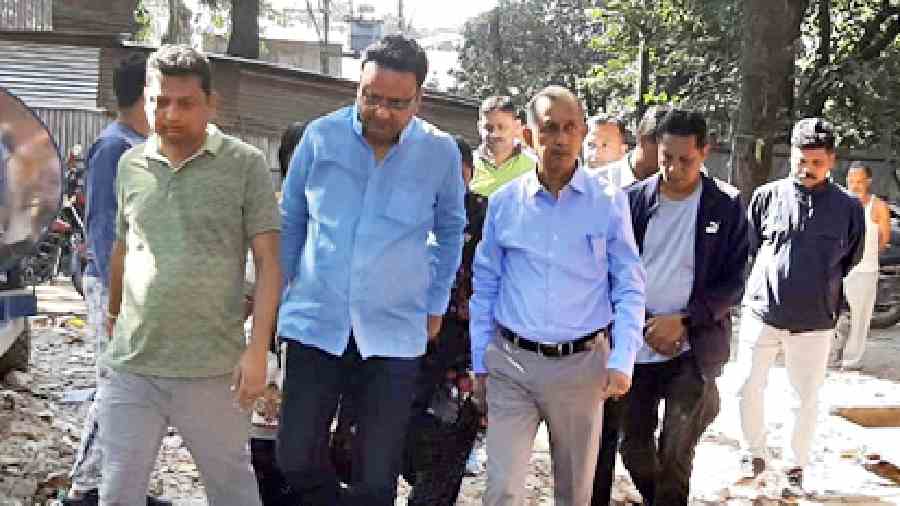 The Siliguri Municipal Corporation (SMC) will build separate dwelling units for all families which became homeless because of the blaze at two localities in ward 18 of the city, mayor Gautam Deb said here on Tuesday.

Deb, who held a meeting with officials of the Darjeeling district administration and the civic body on Tuesday, said: “We have decided to provide a one-room-house with a kitchen to each of the affected families. Also, community toilets would be built for them. Primarily, it has been decided that we will spend around Rs 50 lakh for this purpose. We will also develop roads, sewerage system and electricity in the affected area.”

Earlier in the day, Deb had visited Ranabusty and Khudiram Colony, two adjoining localities, where the fire had broken out.

During the preliminary inquiry, it has been found that 31 huts were completely gutted, while some were partially damaged.

“There are altogether 48 affected families, who are staying in nearby community halls and clubs. Each of them would be provided with new houses. According to the earlier announcement of the mayor, an ex-gratia of Rs 5,000 will also be disbursed among the families on Wednesday and onwards so that they can buy essential items,” said a source at the SMC.

Deb blamed the earlier civic boards helmed by the Left Front and the Congress for slums in the city.

Siliguri has over 190 slums, more than 40 of which are non-notified.