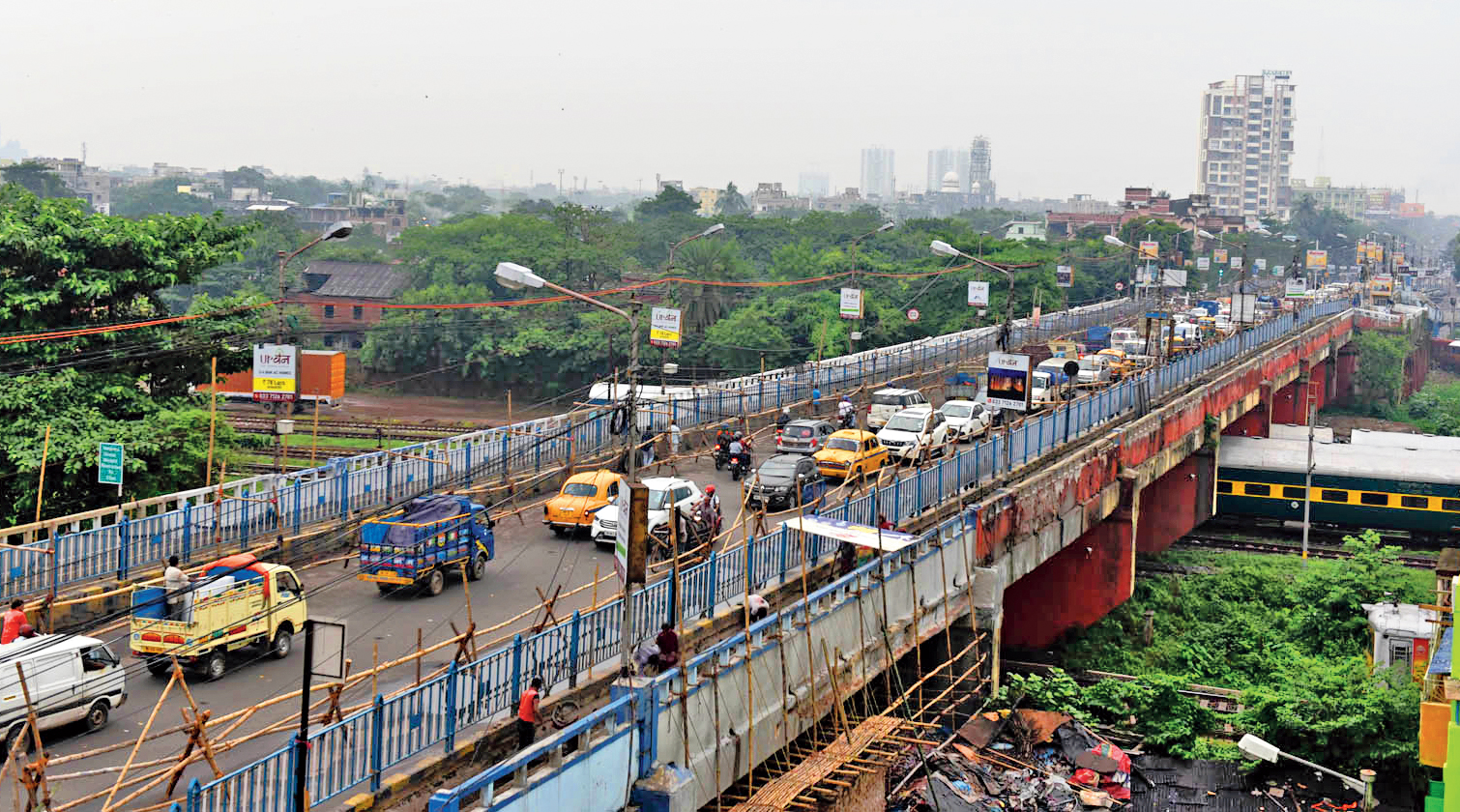 The Tallah bridge will be pulled down and a team of engineers from the PWD and the railways will draw up a demolition plan following an inspection of the 57-year-old structure on Saturday, a meeting chaired by the chief minister at Nabanna has decided.

Engineers experienced in dealing with bridges had earlier recommended demolition of the north Calcutta bridge since, in their opinion, the structure was beyond repair and could collapse even under the weight of pedestrians.

It was also decided that engineers from the railways and the PWD would inspect the bridge — a key link between the city and the northern fringes — on Saturday and send a report to the chief minister in a fortnight on how to go about the demolition.

Sources present at the meeting said the engineers would draw up a plan detailing which part of the bridge would be demolished first and how the underground utilities under or near the structure would be shifted.

Unveiled in 1962, the Tallah bridge is a clone of the Majerhat bridge, which had collapsed in September last year.

The bridge has strands of steel ducts supporting its underbelly. Engineers said many of the strands had snapped, which means they cannot bear the usual load.

A group of engineers had said early last month after scanning the bridge that the technology used to build the structure had become dated and retrofitting or repair was impossible.

Buses, trucks and other heavy vehicles have been barred from the bridge. Smaller vehicles such as cars are allowed but their speed has to be within 10kmph.

The state government had also sought the opinion of V.K. Raina, who has authored several books on bridges. In his report to chief secretary Rajiva Sinha, Raina, too, recommended that the bridge be pulled down.

The report stated that only 7.5 metres of the 13-metre-wide bridge should be kept open for vehicles.

The two footpaths must be closed and pedestrians should walk through a portion of the carriageway where vehicles are not allowed.

Sources said the government was keen on rushing through the process because rebuilding the bridge could take nearly three years. The traffic diversion effected following the ban on the movement of buses on the bridge is inconveniencing thousands of commuters.

The services will be available on two app-platforms — Hexa H2O and Shuttl.

“The service will be available between 8am and noon and from 6pm to 9pm,” said Souvik Biswas of Hexa H2O.

From Monday, Metro will run 10 more trains to and from Noapara, an official said. The daily count, from Monday to Friday, will go up from 111 to 121.