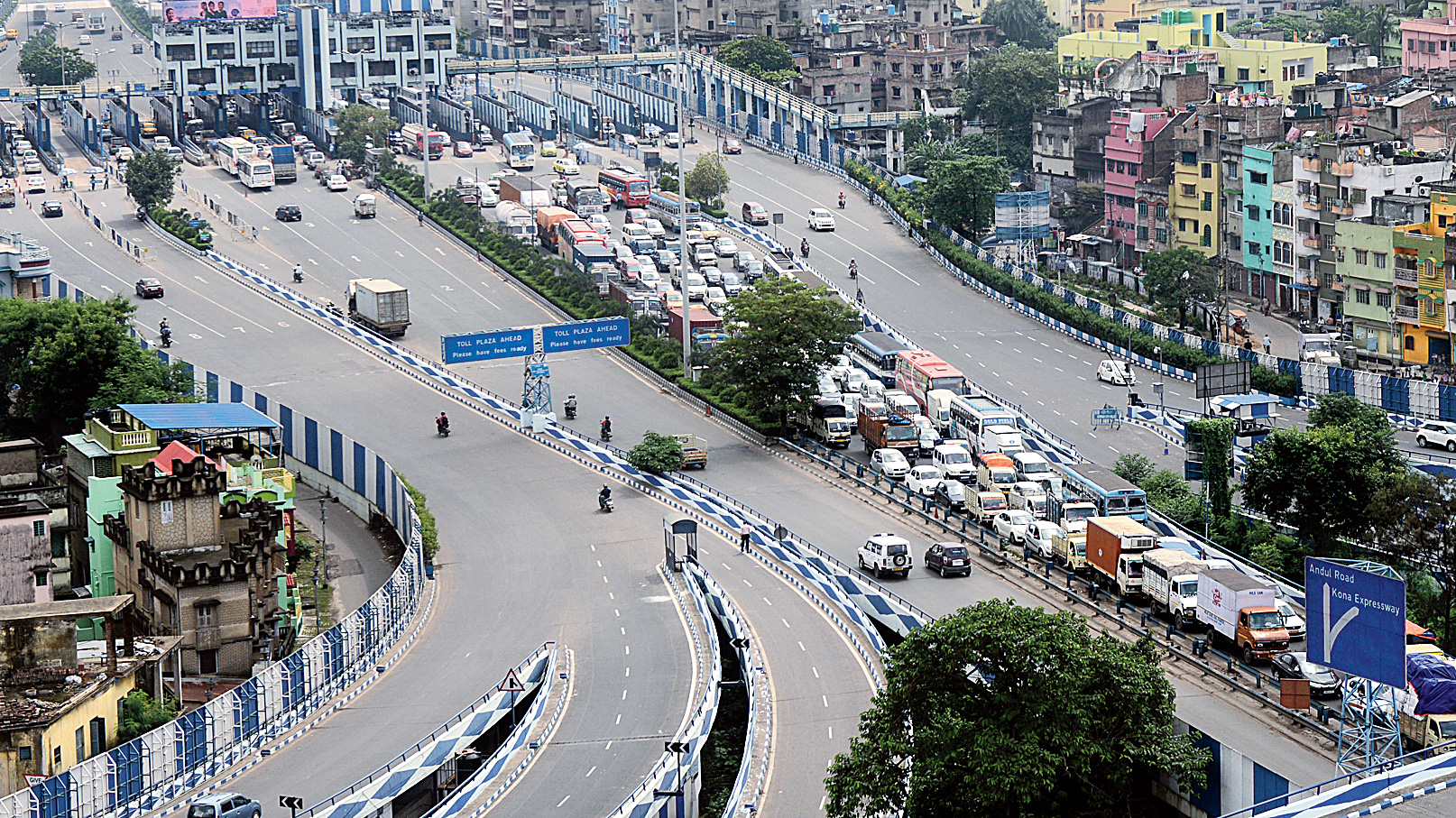 Commuters taking the Vidyasagar Setu on Saturday had a tough time as the city-bound and the Howrah-bound flanks saw long snarls in the morning as more than twice the usual number of trucks had entered the city.

Police said trucks had entered the city in large numbers as Saturday was the last working day in many godowns before the Puja break. At times, the snarl went beyond the Setu, stretching till the Kona Expressway.

“Trucks carrying non-perishable items entered in large numbers because all warehouses will close after Saturday,” an officer said. “Not only trucks going towards to the port area, but also the ones headed to South and North 24-Parganas entered the city.”

“I think more than double the usual number of trucks entered the city on Saturday,” the officer said.

The police had allowed trucks to enter and leave the city till 3pm on Saturday. The schedule will remain the same on Sunday.

“Usually, only perishable items like vegetables and fish enter during Puja days. Other trucks that bring non-perishable items try to unload and leave the city before the Puja break,” the officer said.

Another officer said the overnight rain had made made matters worse. Because of slippery and wet roads, the vehicles moved slowly. “The surge in numbers coupled with the slow pace of trucks contributed to the snarls,” another officer said.

The Howrah-bound flank had snarls as trucks tried to leave the city after unloading goods. “The Setu has multiple lanes but once the vehicles reached Santragachhi bridge, it was a bottleneck,” an officer said. The tail of the snarl reached the Setu toll plaza and at times went beyond it.

Logistics operators said restrictions that would be applicable on Puja days forced many truck drivers to rush to deliver their consignment over the weekend.