Roads blocked in Birbhum after BJP man's daughter is abducted 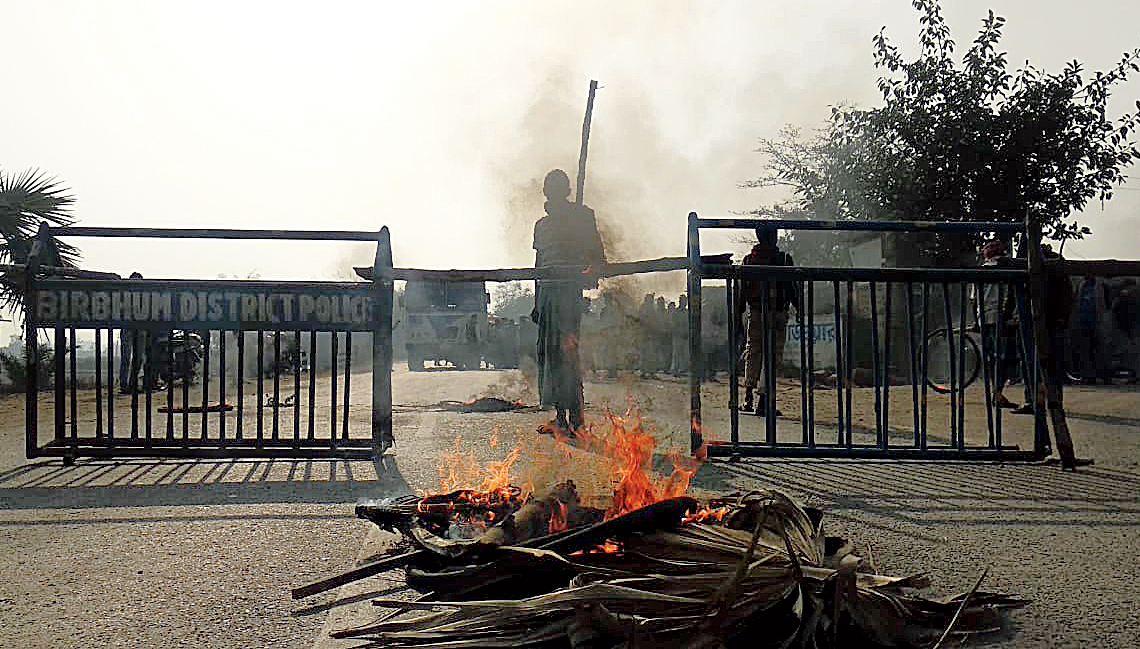 Residents put up roadblocks and demonstrated at Labhpur police station on Friday after 28-year-old daughter of a local BJP worker had allegedly been kidnapped by three miscreants at gunpoint on Thursday night.

Police have detained a youth in connection with the kidnap and started a probe. The woman is yet to be rescued. She had completed MA in English and is presently pursuing a master’s degree in education while working as a temporary vocational teacher.

According to family members, around 8pm on Thursday evening, three men came on motorbikes, entered the BJP worker’s house and held all five family members at gunpoint and kidnapped her.

“They took all our mobile phones and held us at gunpoint. Then, they took away my daughter. I was not at home then. I am a BJP worker and I have requested police to rescue my daughter,” said the BJP member.

His wife Rita lodged a complaint of kidnapping with the Labhpur police against unknown persons.

District police chief Shyam Singh said: “We have detained a youth for questioning. The woman is yet to be rescued. Police are probing the case.”

The woman’s father had switched from the Trinamul Congress before last year’s panchayat polls because of infighting in the party and joined the BJP.

A roadblock in Labhpur
The Telegraph picture

Following the abduction, local people blocked different roads connecting Bolpur and Suri with Labhpur, demanding the rescue of the woman and arrest of the culprits.

BJP leaders said they suspected that Trinamul was behind the kidnapping as the woman’s father had lodged a complaint of assault against a few Trinamul workers recently.

“We suspect the kidnap was the handiwork of Trinamul-backed miscreants who were threatening our party worker if he did not return to Trinamul and withdraw the complaint of assault. We have requested police to rescue the girl.”