Cleaners stopped by a new contractor’s firm of Trinamul-backed workers, seeking their men be hired 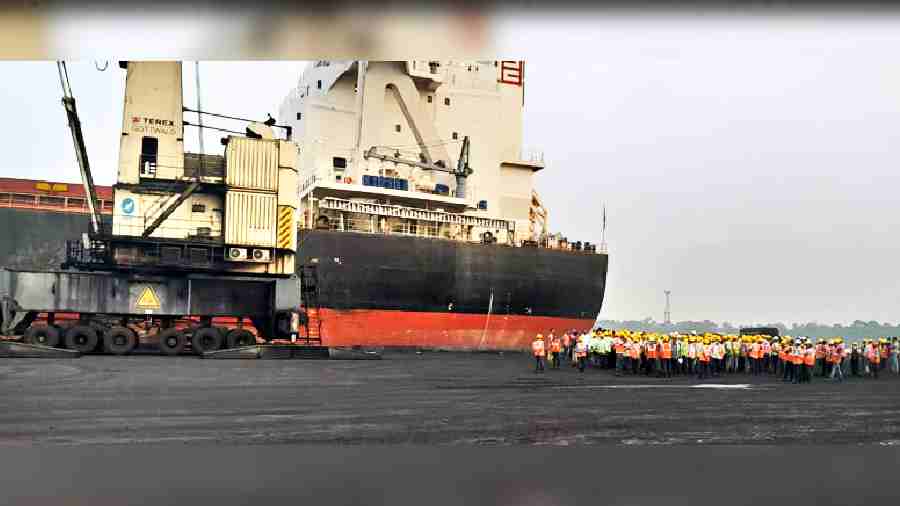 Workers backed by Trinamul union INTTUC at Haldia dock complex allegedly blocked work on Saturday after a row over which agency should handle a manganese-bearing vessel.

The CISF was called in on Sunday, said a port official, but the unloading of South African vessel M.V. Agri Warrior is still held up. IRC Natural Resources Pvt Ltd had to unload a 30,000- tonne consignment and workers hired by MK Shipping & Chartering Co. were to clean inside and below the ship.

But the cleaners were stopped by a new contractor’s firm of Trinamul-backed workers, seeking their men be hired.

INTTUC district chief Shivnath Sarkar said it had nothing to do with politics and workers were fighting for livelihood.