Panel to tag buildings for demolition in Bowbazar 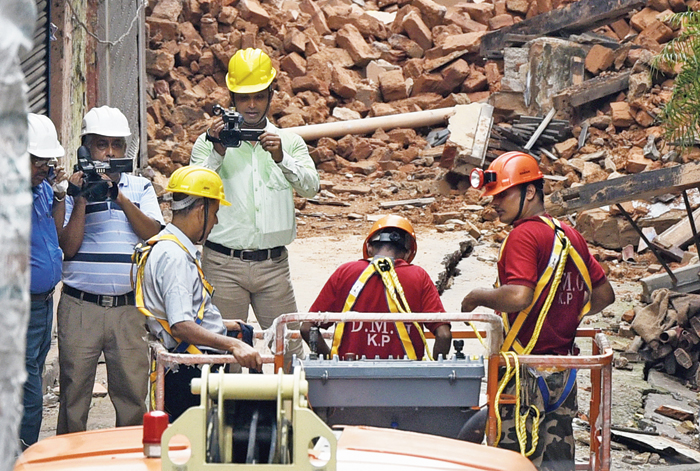 A resident of Durga Pituri Lane in Bowbazar (in yellow helmet), who was unable to access his home because of debris in front of the building, gets on a hydraulic lift with members of the Disaster Management Group to reach his flat on Monday.
Pictures by Pradip Sanyal
Kinsuk Basu   |   Calcutta   |   Published 09.09.19, 09:57 PM

The East-West Metro authorities on Monday started preparations to pull down some of the buildings in Bowbazar that have been damaged beyond repair because of subsidence.

Highlights of the day from Bowbazar 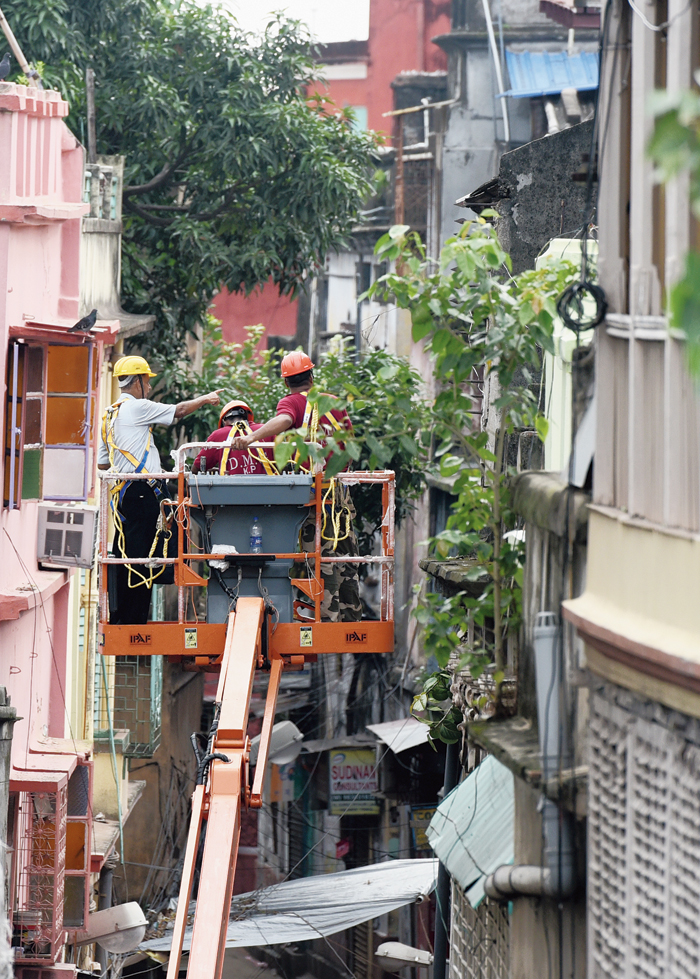 The man points to his house
Pictures by Pradip Sanyal

A machine that was boring an East-West Metro tunnel in Bowbazar had hit a giant aquifer on August 31. Water from the aquifer flooded the tunnel, leading to widespread subsidence.

Officials of Kolkata Metro Rail Corporation, the implementing agency of the project, said 64 buildings had developed cracks and more than 600 people had to be evacuated. 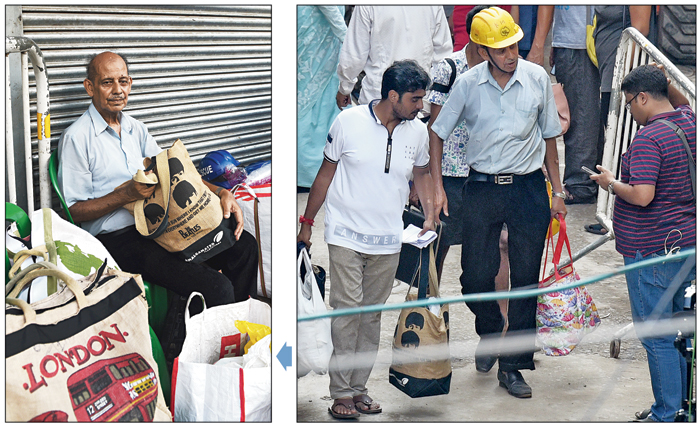 “We will decide how many buildings need to be pulled down. It is not enough to look at a building and conclude whether it is safe or not. We have to conduct tests,” said Nitin Som, the emeritus professor of JU.

On Monday, some engineers positioned themselves before a hydraulic lift that was taken to Durga Pituri Lane, one of the affected roads in Bowbazar, to lift some residents so they could reach the floors where they lived and pick up their items. Most of the affected houses have their entrances blocked by debris from adjacent buildings. 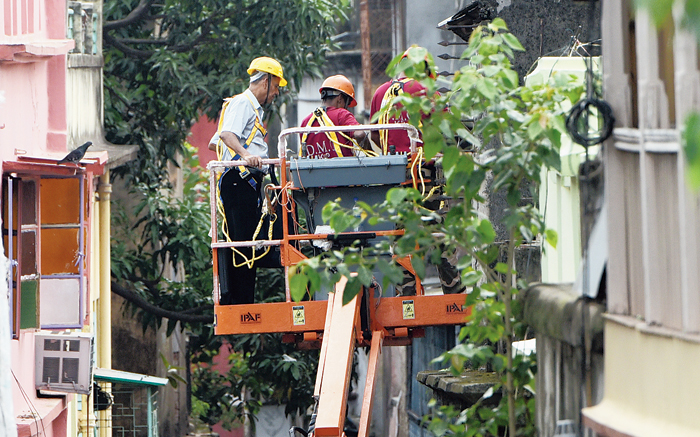 Some of the residents taking the lift-ride had harnesses fitted to them and each was guarded by two personnel from the Disaster Management Group.

“I had several sets of documents inside two almirahs. I took them out, along with some garments and utensils,” said a resident of Durga Pituri Lane.