Panel for plan to rejuvenate trams in Calcutta 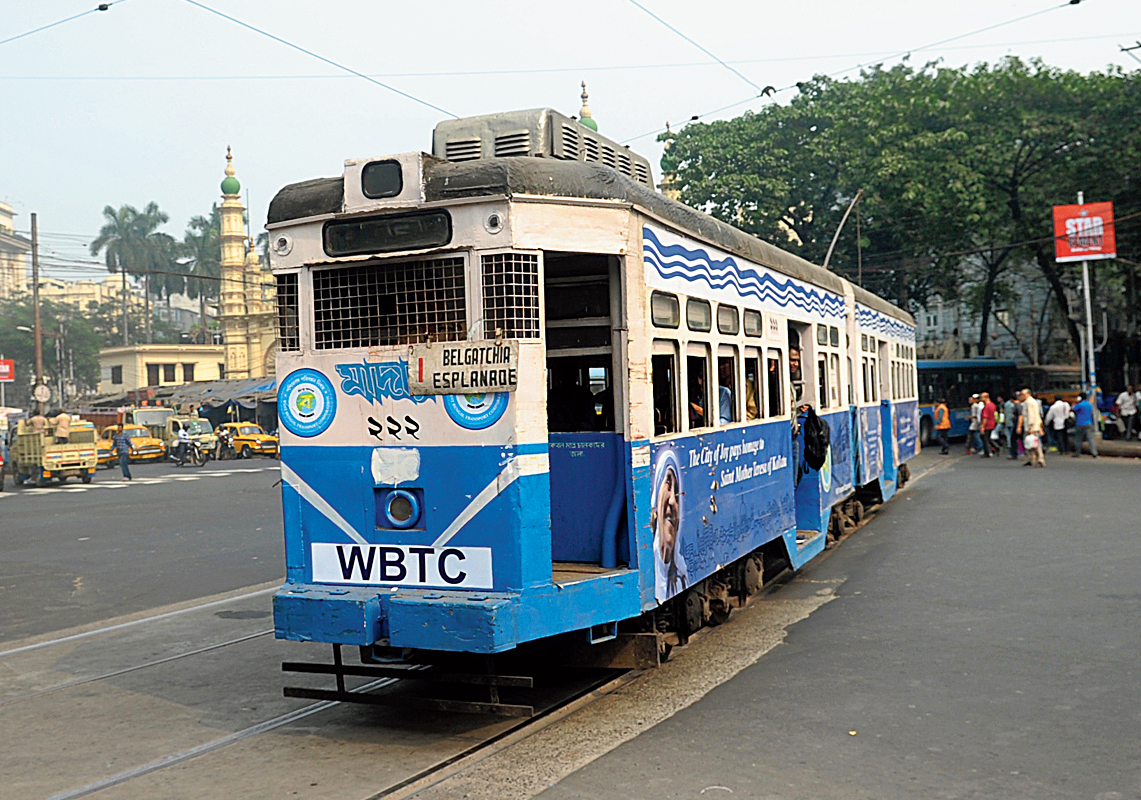 Anumita Roy Choudhury, of the Delhi-based Centre for Science and Environment, observed that trams were a must in a modern public transport system and rubbished claims that they caused congestion in Calcutta.
The Telegraph file picture
Jayanta Basu   |   Calcutta   |   Published 21.04.19, 09:04 PM

Environmentalists and others have formed a committee to prepare a plan to rejuvenate trams in Calcutta, which they hope will force the state government to adopt a policy to protect one of the most environment-friendly modes of mass transport.

“We will soon set up a committee to prepare a report on rejuvenation of trams in Calcutta. The report will be used to press for a pro-tram government policy, as we had done in case of noise pollution. The committee will be chaired by professor Arunabha Majumdar, who was associated with the All India Institute of Public Health and Hygiene, and will include people with knowledge of air pollution, city planning and transport planning from Calcutta and the rest of the country,” said Naba Dutta, secretary of green platform Sabuj Mancha.

The organisation, along with another city-based NGO, had recently organised a meeting to discuss how to rejuvenate trams.

The meeting was attended by representatives of tram unions and civil society organisations such as Calcutta Tram Users Association and Paschimbanga Bigyan Mancha, among others.

Dutta said vested interests had pushed trams to the edge and a movement would soon be launched through a coalition of organisations to resurrect trams.

Trams were a popular mode of transport even till the 1980s.

“The situation has deteriorated sharply over the past five years. Hardly 30 to 40 trams ply regularly on nine routes spread across 28km. Even in 2014-15, 100 trams plied on 20-odd routes across 56km. In the 1980s, around 400 trams plied across 75km,” an official of Calcutta Tramways Company said.

Anumita Roy Choudhury, of the Delhi-based Centre for Science and Environment, observed that trams were a must in a modern public transport system and rubbished claims that they caused congestion in Calcutta. “When 45 per cent of vehicles are privately owned, how can you blame a handful of trams for congestion?” she wondered.

“While trams are plying in most important cities of the world and have become an important part of overall transport planning, the successive state governments have been gradually pushing them towards ‘death’,” said Debasish Bhattacharya, a tram crusader.