Advertisement
Home / West-bengal / No one should be patient about talk of Kauravas being test-tube babies, says Amartya Sen

India has suffered a lot from super patience, according to the Nobel laureate 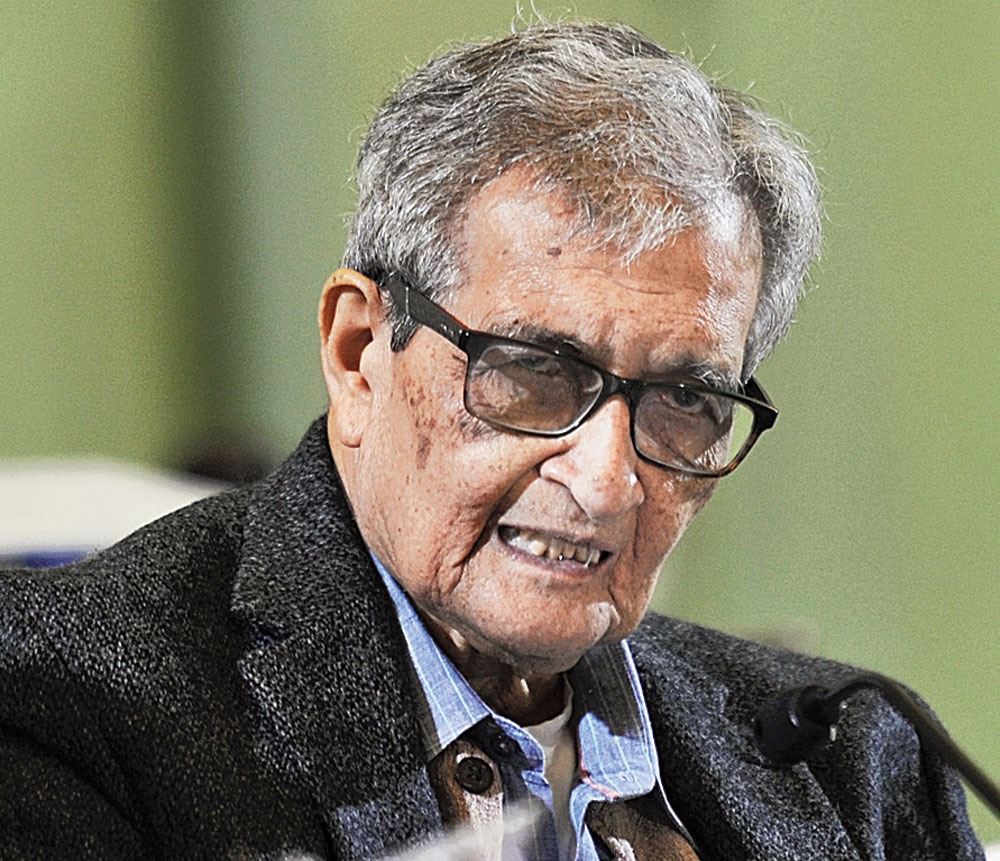 Economist Amartya Sen on Monday expressed dismay with the claims at the Indian Science Congress, where some scientists tried to pass off mythological accounts as evidence of scientific advancement.

“About Kauravas being test-tube babies…. That’s living in a world of one’s own rather than science. It’s the Indian Science Congress that I am objecting to, which is doing — in the name of science — something which is not science,” the Nobel laureate said.

On the sidelines of a Pratichi Institute event in Calcutta, Sen was responding to questions from journalists.

Andhra University vice-chancellor G. Nageswara Rao had told the Science Congress in Jalandhar on Friday that “we had 100 Kauravas from one mother... because of test-tube babies”.


Test-tube babies is an absurdity, if not an idiocy. It is another thing about which people should be impatient.
- Amartya Sen


Against the backdrop of the vicious attacks on actor Naseeruddin Shah for speaking out, Sen was asked whether he would advise the actor and others who have spoken out to be patient now, given that the general election is a few months away.

Sen said: “I don’t think anyone should be patient.” He added: “I think impatience is the most important virtue that we have to cultivate. India has suffered a lot from super patience, with inequality and injustice on one side and with absurdities on the other…. Test-tube babies is an absurdity, if not an idiocy. It is another thing about which people should be impatient.”

Before answering questions on the Science Congress, Sen brought up Nalanda University in the context of the name-changing spree.

“I would be in favour of changing the name of Nalanda because it does not conform to what Nalanda stood for. Because this would be an acknowledgment that it is no longer the Nalanda tradition that we have seen,” said Sen, the first chancellor of the Nalanda University.

Nalanda is a prime academic institution in India, which also has a Buddhist foundation, he said. But Sen added: “Nalanda today, it is not functioning in conformity with its Buddhist heritage…. The RSS is very dominant and the number of students coming in has declined.”