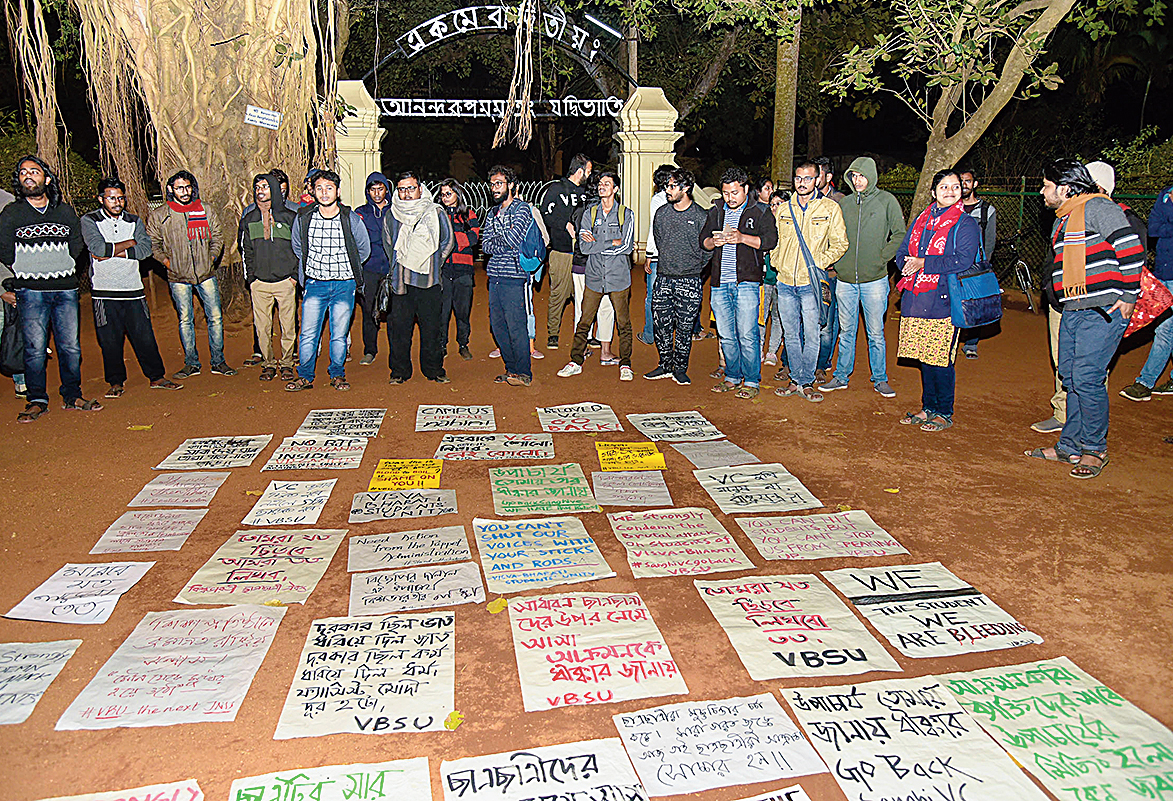 Visva-Bharati authorities on Monday notified its central administrative building and its adjoining areas as ‘no-disturb zone’, the move coming an hour before the students were to start a protest march from there.

“The undersigned is directed to notify for information of all concerned that henceforth, the central administrative building including the area of central library and academic and research section are declared as ‘no disturb zone’ of the university.. Hence, any kind of procession/demonstration/ get together surrounding these areas is strictly prohibited,” the notification issued by officiating registrar Asha Mukherjee reads.

The students condemned the notification as they think that vice-chancellor Bidyut Chakraborty and his officials are trying to stop them from carrying out peaceful protests against campus violence and other issues. The area has also been brought under the coverage of CCTV cameras.

“The notification about ‘no-disturb zone’ came an hour before our protest rally against the attack on students in hostel and later at the hospital. Our rally was about to start from in front of the central office that has been made a no-disturb zone,” said Shahanaj Khatun, a student of the Japanese department.

The students called the march to condemn the VC’s “action” on Monday around 5pm. After the notification, the march was put off and the students demonstrated in front of Upasana Griha, the prayer hall.

The varsity officials said CCTV cameras had been installed to beef up security and other central universities and institutions have similar no-disturb zones. “CCTV cameras were installed as part of better security. No-disturb zones are there at various central universities and institutions. Visva-Bharati did not have its administrative block marked no-disturb zone. Now we have done it,” said Anirban Sircar, the officiating public relations officer.