Commission says it has come across a video clip on Twitter, in which senior party leader Meena Devi Purohit is seen getting brutally assaulted by male police officers during Tuesday rally 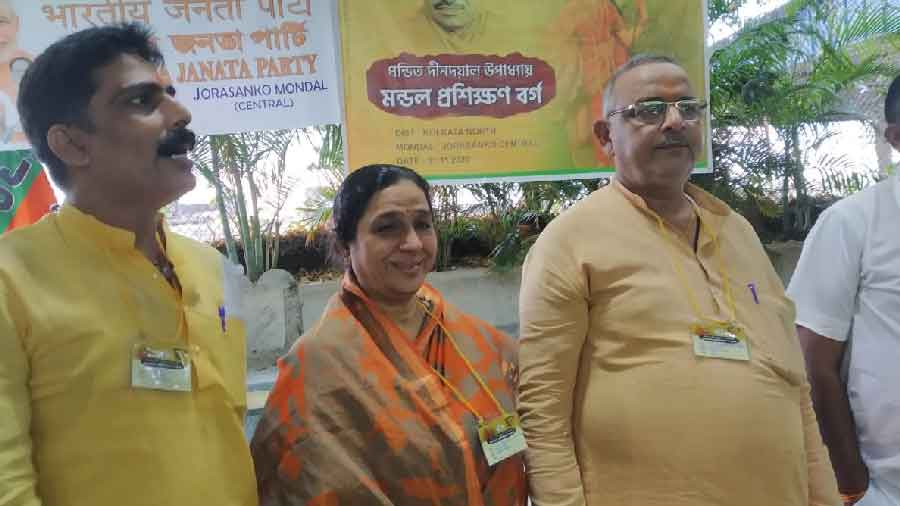 The National Commission for Women (NCW) has sought stringent action from the Calcutta Police against its male officers who allegedly assaulted a senior BJP leader and an FIR against them.

The NCW said it has come across a video clip on Twitter, in which senior Bharatiya Janata Party (BJP) leader Meena Devi Purohit is seen getting brutally assaulted by male police officers during the mega "Nabanna Cholo" (march to the state secretariat) rally taken out by the saffron party in Kolkata on Tuesday against the alleged corrupt practices of the Trinamul Congress (TMC) government in West Bengal.

Taking serious note of the incident, the NCW said the brutality perpetrated on a woman is condemnable in the strongest possible words.

"You are, therefore, required to take stringent action against the erring male police officers and file an FIR under the aforementioned provisions of the Indian Penal Code, 1860. The brutality meted out to the woman by male police officer reflects the fact that law enforcement is not working efficiently in Kolkata and stricter rules and regulations need to be made in order to prevent such actions of the police," the NCW said in its letter to Calcutta Police Commissioner Vineet Kumar Goyal.

"There is a dire need to hold the police accountable for its actions. Also, tender a written explanation as to why no action has been taken in the matter against the culprit male police officers till now," the NCW said.

Parts of Calcutta and Howrah district turned into a battlefield on Tuesday as BJP supporters clashed with police while trying to get past the barricades put up to prevent them from marching towards "Nabanna", the West Bengal secretariat.

Several police officers and BJP leaders, including Purohit and Swapan Dasgupta, were reportedly injured in the clashes.