Sources said Sarkar, who is also a folk singer, was heading towards Raiganj with his aides after attending a musical event in Islampur 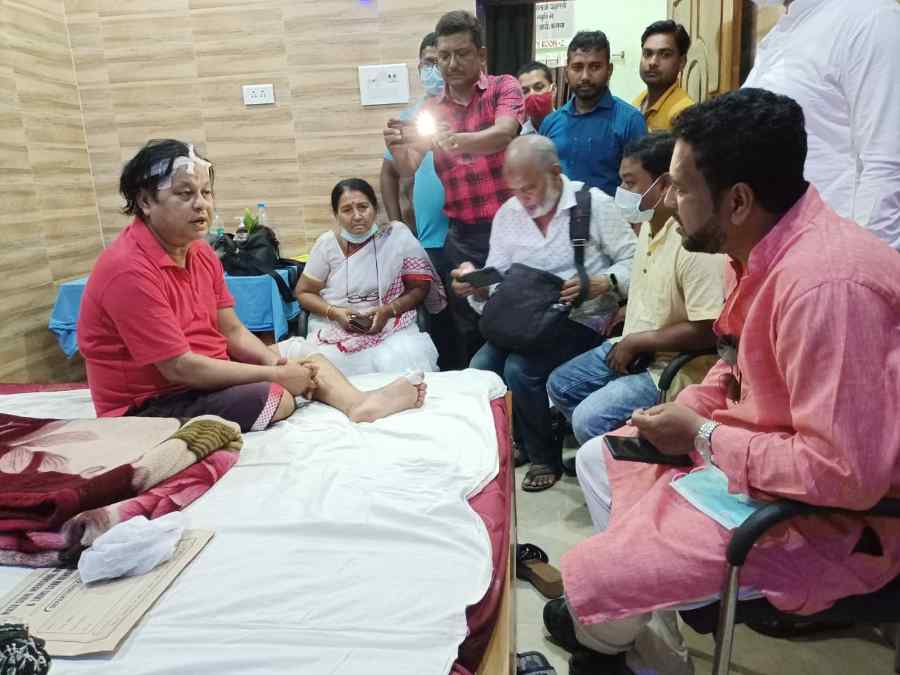 Asim Sarkar, the BJP MLA of Haringhata in Nadia, along with two policemen and seven others got injured in a mishap in North Dinajpur on Sunday night.

They were rushed to the nearest hospital, which falls in Kishanganj, Bihar.

Sources said Sarkar, who is also a folk singer, was heading towards Raiganj with his aides after attending a musical event in Islampur. As they reached Kanki, their vehicle developed a snag and stopped on NH27. Cops were told. The cops were planning to take the vehicle to a garage when a truck rammed into the vehicle and the police vehicle, injuring Sarkar and nine others.

All of them were rescued and taken to Kishanganj, a little over 10km from Kanki.

On Monday, Shankar Ghosh, the Siliguri MLA, visited the hospital to check on the health of Sarkar and others.

Two persons died and six others got injured after an SUV rammed a truck parked beside NH27 near Radhabari under New Jalpaiguri police station on the outskirts of Siliguri on Monday.

Locals said the SUV was headed towards Siliguri and the mishap occurred as the driver lost control.

"Two persons have died on the spot. The injured have been sent to North Bengal Medical College & Hospital. We are gathering detailed information about the passengers," said a police officer.