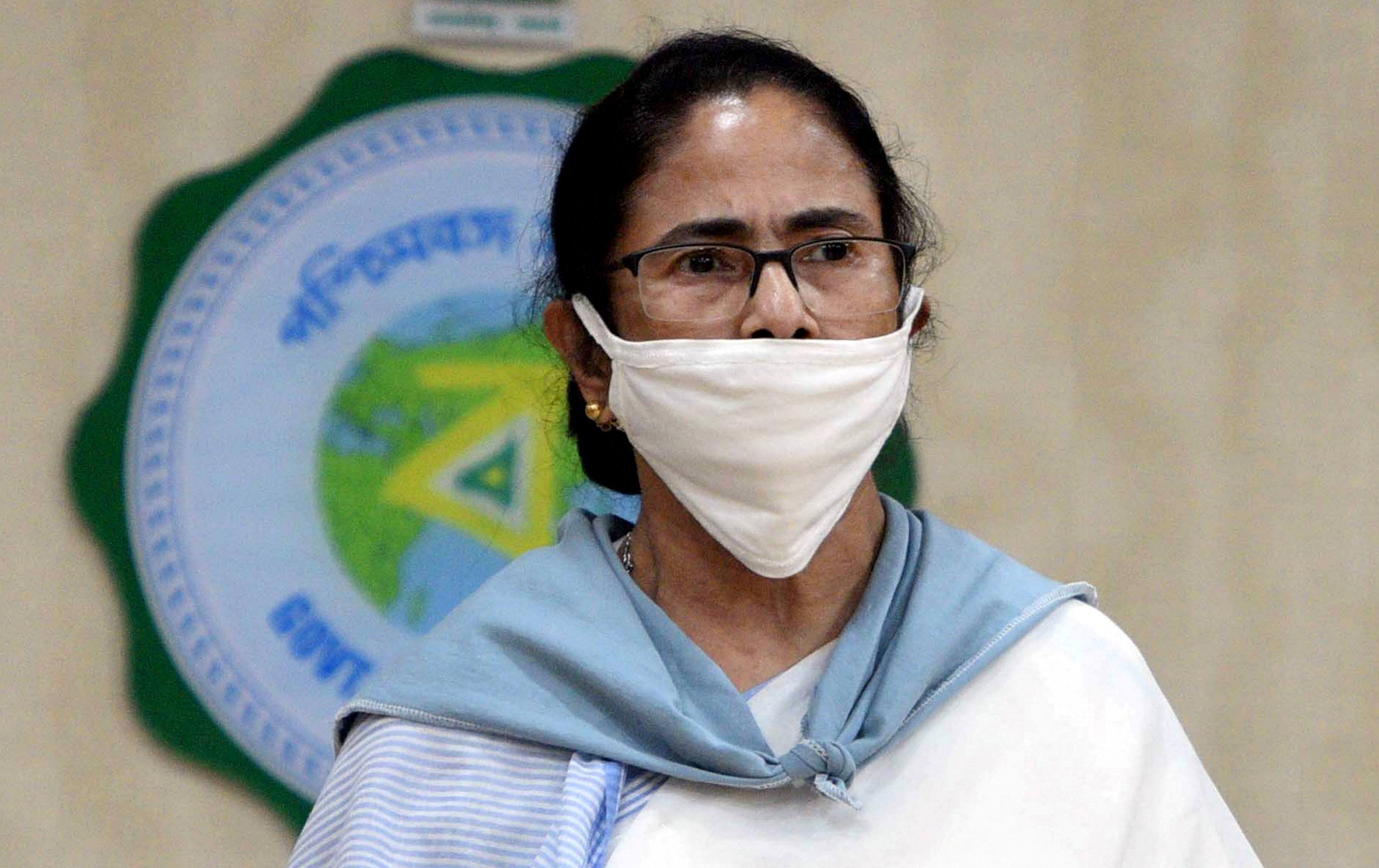 West Bengal chief minister Mamata Banerjee, who has been criticising the railways for the past few days for ferrying a large number of migrant workers to the state without consulting her government, claimed that it is being done without following the norms of social distancing.
PTI
PTI   |   Calcutta   |   Published 29.05.20, 12:10 PM

Two days before the end of the fourth phase of the nationwide lockdown, West Bengal Chief Minister Mamata Banerjee on Friday announced a slew of relaxations, including reopening of shrines from June 1.

She also announced restarting of private and public sector offices with full attendance from June 8.

After Karnataka, West Bengal became the second state to announce reopening of the shrines for devotees.

However, the chief minister made it clear that no congregation and not more than 10 people would be allowed at a time at the religious places in the state.

Hitting out at the Railways for sending jam-packed trains full of migrant labourers by completely disregarding social distancing norms, the chief minister wondered whether the Indian Railways was running 'corona express trains instead of Shramik Special trains'.

'I have come to know that the Railways is sending trains, jam-packed, with migrant labourers. In one seat, three-four persons are travelling for 48 hours, 72 hours.

'So I thought then what is the harm in opening up religious places. From June 1, religious sites and places can open up in Bengal. But there would no major congregation or celebration of any festival,' Banerjee said.

Temples, mosques, churches and other religious institutions have been shut for the last two months due to the nationwide lockdown.

Kalighat, Dakisneshwar, St Pauls Cathedral, Tipu Sultan Mosque are some of the major shrines which had remained closed since the beginning of the lockdown.

While announcing a serious of relaxations as the fourth phase of the nationwide lockdown will end on May 31, she said from June 8 the private and public sectors could start functioning with 100 per cent strength.

'All the tea gardens and jute mills can function on a full strength. The public and private sectors could start functioning with full attendance from June 8,' she said.

'We were successful in controlling the spread of COVID-9 in last two months, but now it is increasing as a lot of people are coming from outside. The Railways is sending migrants with jam-packed compartment.

'In one seat, three-four persons are travelling. The Railways in the name of Shramik Special trains are running 'corona express' trains,' the TMC chief said.

Banerjee wondered why the Railway is not allowing more trains for migrant workers instead of sending just one train with thousands of passengers.

'The number of COVID-19 cases is increasing because of this. The Railways has some social obligation, they cannot just operate on the basis of profit and loss,' she said.

Her comments came a day after the state registered the highest single-day spike with 344 new cases of COVID-19 infection, taking the total number of cases to 4,536.