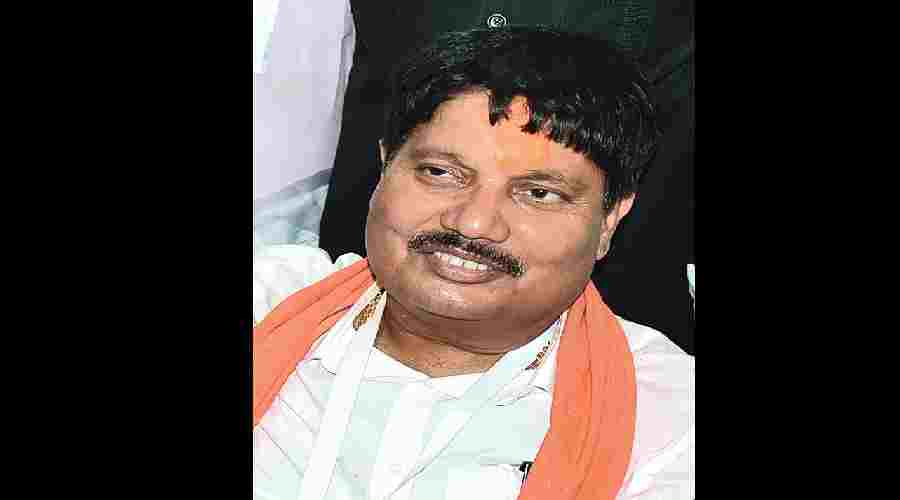 The jute commissioner of India withdrew its order that capped the price of raw jute on Thursday, the development allowing the BJP’s Barrackpore MP Arjun Singh an opportunity to claim victory.

In September 2021, the jute commissioner’s office had capped the price of raw jute to Rs 6,500 a quintal. Thursday’s notification revoked the earlier order with effect from Friday. It however did not specify the new price.

Speaking to this newspaper on Thursday, MP Singh dubbed the development his first victory against “the system”.

“Piyush Goyal (Union textiles minister) had called me up this morning (on Thursday) and informed me that the price cap will be withdrawn,” Singh, who had been at the forefront of protests against the capping of raw jute prices, said.

The official notification of the jute commissioner of India came later in the day.

Singh also told this newspaper that there were several other issues related to the jute industry that needed to be resolved and he hoped that those would be done in due course.

The Barrackpore MP had written a letter to Goyal on April 19 following which the two had met on two occasions to discuss how the price cap was going against the interest of the jute industry.

Singh had stressed repeatedly that the jute commissioner’s decision to cap the price of raw jute to Rs 6,500 a quintal — too meagre a sum for farmers — had been affecting the lives of 45 lakh people related to the industry and forced 14 jute mills to close down.

The issue became something of a political hot potato for the BJP-led government at the Centre as Bengal chief minister Mamata Banerjee also demanded revoking of the price cap.

Singh, who was once with Mamata’s party as a four-time MLA of Trinamul, wrote to her and the chief ministers of Assam, Tripura, Bihar and Odisha seeking their intervention into the matter.

Singh had defected to the BJP ahead of the 2019 Lok Sabha polls. He defeated Trinamul’s Dinesh Trivedi to become the MP from Barrackpore, home to 20 jute mills, according to Singh’s estimates.

Singh’s stance on the issue and the manner in which Trinamul lent him support in his tirade against the jute commissioner triggered speculations that he was considering a return to Trinamul.

As soon as such reports started doing the rounds, BJP’s national chief J.P. Nadda called for a meeting with Singh. Union home minister Amit Shah also reportedly spoke to him over the phone on two occasions.

State BJP sources claimed that the top rung of the party was leaving no stone unturned to ensure that Singh did not quit the party.

“Our party’s organisation in Barrackpore is all because of Arjunda. If he quits the BJP, we will never win that seat again,” a BJP office bearer said. “This is why our leaders are trying desperately to stop him from defecting.”

“The row over jute prices was just the facade. That has been taken care of. But the question is if that is enough to hold Arjunda back (in the BJP),” this person added.

Singh had publicly criticised the functioning of the BJP's Bengal unit and had gone on to say that although leaders from other parties were assigned posts in the saffron camp, they were actually allowed to do little.

Trinamul also claimed victory after the cap on raw jute price was revoked and gave the credit to Mamata.

Ritabrata Banerjee, the president of the party’s trade union INTTUC, tweeted: Due to the consistent pressure from @MamataOfficial & sustained movement by #INTTUC the @BJP4India Govt is forced to withdraw the irrational price capping on raw #Jute Its a huge victory for all associated with #Bengal’s Jute Industry. Take a bow #Didi