Isro’s web-mapping service which offers a 2D/ 3D representation of the surface of the earth, will also be demonstrated 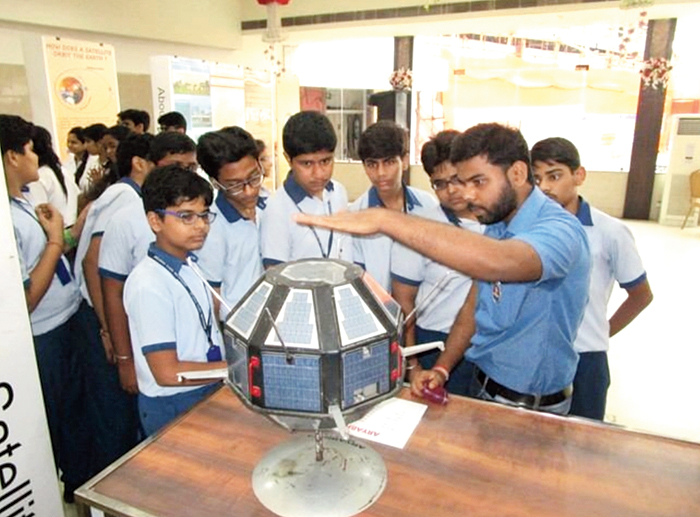 The Vikram Sarabhai Space Exhibition will be back at Bidhan Sishu Udyan for three days, starting January 22. The travelling exhibition of the Indian Space Research Organisation (Isro)’s Space Applications Centre, Ahmedabad will be camping at the venue for the third time since 2017.

The exhibition will have material on Vikram Sarabhai’s life and achievements as well as models of Isro satellite launch vehicles like PSLV and GSLV MK III, and satellites like Insat, Apple and Chandrayan.

Bhuvan, Isro’s web-mapping service which offers a 2D/ 3D representation of the surface of the earth, will also be demonstrated.

“There is tremendous interest in space science among school students. Last year, we had schools from as far as Dhanekhali in Hooghly, Bhangor and Canning in South 24-Parganas and even Malda sending teams. This year, students from Rampurhat in Birbhum have already registered,” said Gautam Talukdar, secretary, Bidhan Sishu Udyan. About 35,000 visitors attended the exhibition in 2018 over three days.

There will also be quiz contests for three age groups — classes VI to VIII, classes IX and X, and classes XI and XII. The two older age groups will participate in debate and extempore speech contests too. “Since the subject requires study, we have decided to give out 10 to 12 topics in advance. This way, students can come prepared for the extempore event,” he said.

The winners will be taken on an educational study trip at the expense of Bidhan Sishu Udyan. “In 2017, we had gone to the Space Applications Centre in Ahmedabad. Last year, we went to Bose Institute in Darjeeling.”

To sustain year-round interest in space science, the organisers are acquiring telescopes. While it has already bought three, with aperture sizes of six to eight inches, an order has been placed for a Dobsonian telescope with 16 inch aperture, costing close to Rs 7 lakh.

“Because of light pollution in the city, we need a big telescope capable of correcting the resultant aberrations. It can be connected to a computer on which we can project the view for a large gathering to see together,” said Talukdar. He hopes to see not just the moon but also the rings of Saturn with it.